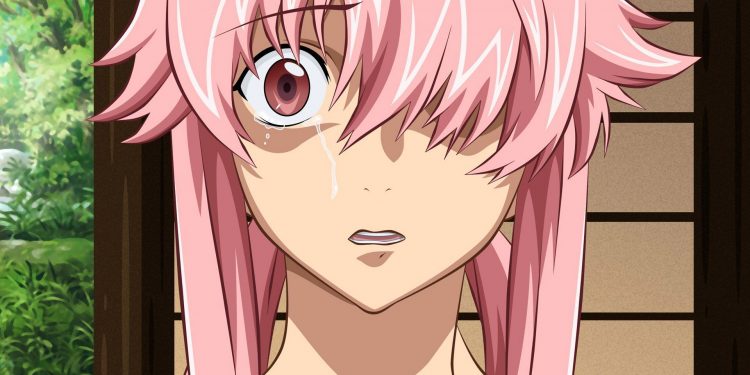 When it comes to psychological thrillers, Future Diary is one of the best anime of all time. In the manga series Future Diary, Yuno Gasai is the primary female protagonist. Is she going to die in the anime, or is she going to live? Let’s take a look and find out more about her. Yuno had a normal childhood. Her adoptive mother’s concern with her achievement was the only odd thing about it. This included stringent dietary restrictions and even putting her in a cage if she did poorly or failed a lesson. Mrs. Gasai did this as a result of her husband’s neglect, who, paradoxically, worked longer hours to escape his wife’s growing problematic conduct. Yuno snapped at this point, keeping both of her adoptive parents in a cage until they died of starvation on the original Earth.

She had not planned to murder them but rather to subject them to the same suffering and cruelty that her adopted mother had subjected Yuno through in the hopes that they would apologize. Mrs. Gasai looked quite frustrated with Yuno, and she used to shout and say that she wished they had never adopted her; Yuno determined to leave them forever, and one day she discovered they were dead. She and Yukiteru collaborate to defeat all of the other diary owners after joining the survival game. When just the two of them remained, they devised a plan to drink cyanide and commit twin suicide, as only one of them could survive and claim God’s authority, and they couldn’t bear the prospect of living without the other.

Yuno Gasai did indeed perish in the last fight. Yuno stabs herself with her knife after falling in love with Yukiteru. She kisses the sad First one final time before dying away, congratulating him on his progress (“You have grown better at kissing.”) Muru Muru of the second world deems Yukiteru the winner of the second Survival Game, transferring him back to his timeline in the second world and leaving Yuno’s body behind in the first. Before being imprisoned by her third-world counterpart, Muru Muru of the first world is able to save her former master’s memories in the form of a crystal. 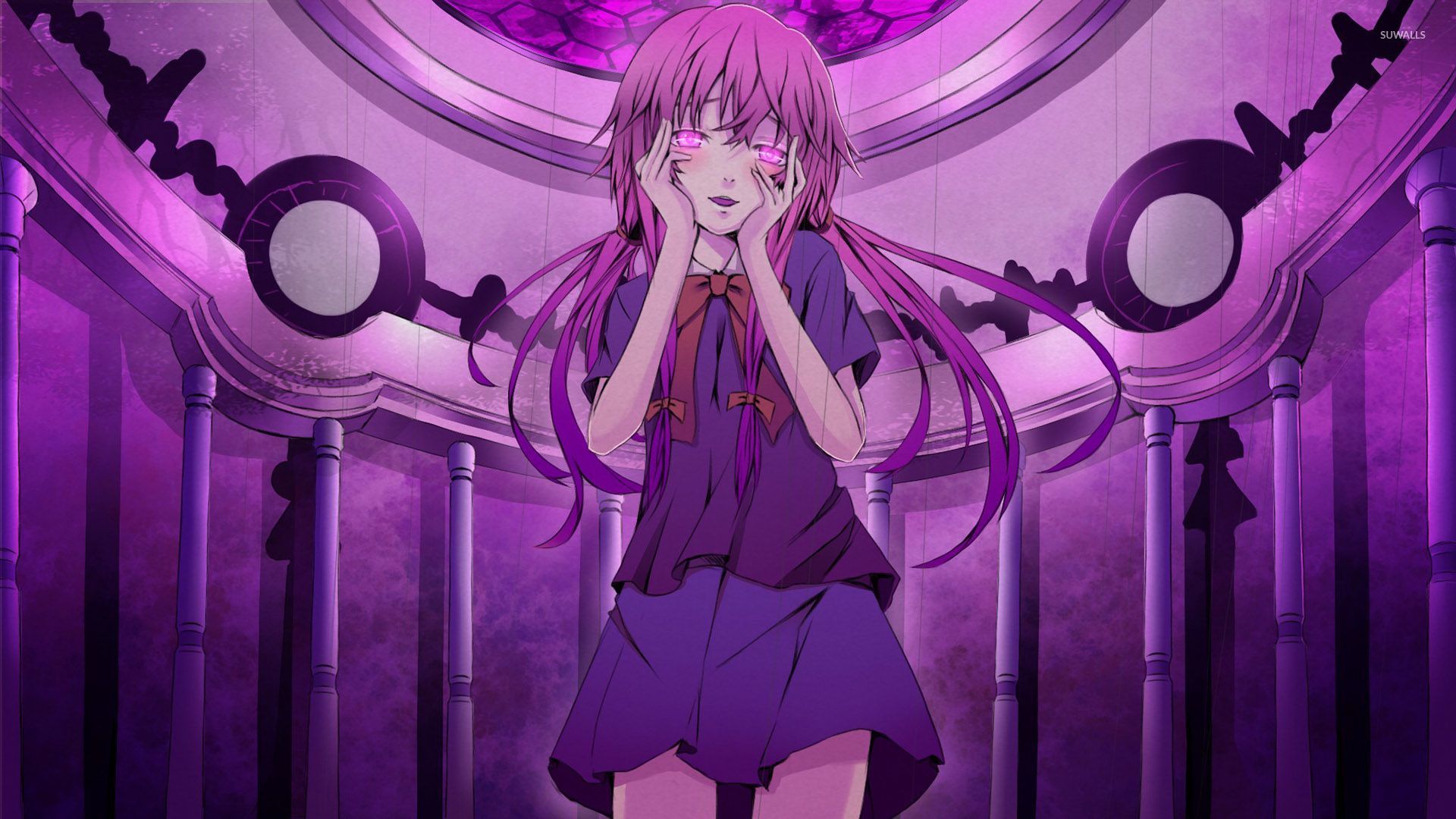 Yuno discovers that Yukiteru purposefully altered the timeline to avoid the Survival Game, therefore enhancing the lives of the potential players. She suicidally charges at the Gasai family, forcing Kurusu to fire his rifle at her. She is freed, however, when Yukiteru breaks free from the illusion world, joined by Muru Muru from the second world, who was imprisoned by her first world self. Yukiteru hugs Yuno and urges her to murder him in order to rescue the second world while Muru Muru blocks Kurusu’s bullet and beats her first world counterpart.

The third world’s Yuno is portrayed to be a sane and gregarious honors student with a better connection with her parents in the Future Diary Redial. However, she experiences bizarre dreams (which are actually pieces of her prior self’s recollections) about an unknown person with whom she feels a relationship, prompting her to observe Yukiteru in the third world.

About Her Diary & Abilities

Her ruses are well-known to us all. Let’s go into her diaries a little further and discuss her talents. She’s a master at creating traps, as seen by the time she booby-trapped an abandoned hotel with electronic locks, concrete (gas in the anime). Her cleverness, which is her most valuable attribute, is demonstrated when she outwits tough opponents like Akise. The Yukiteru Diary is her diary, and it tells her all she needs to know about Yukiteru in ten-minute chunks. This implies that while her journal is essentially worthless on its alone when joined with Yukiteru’s Random Diary, which forecasts solely Yukiteru’s surroundings, they may conceal each other’s flaws and become a formidable team. 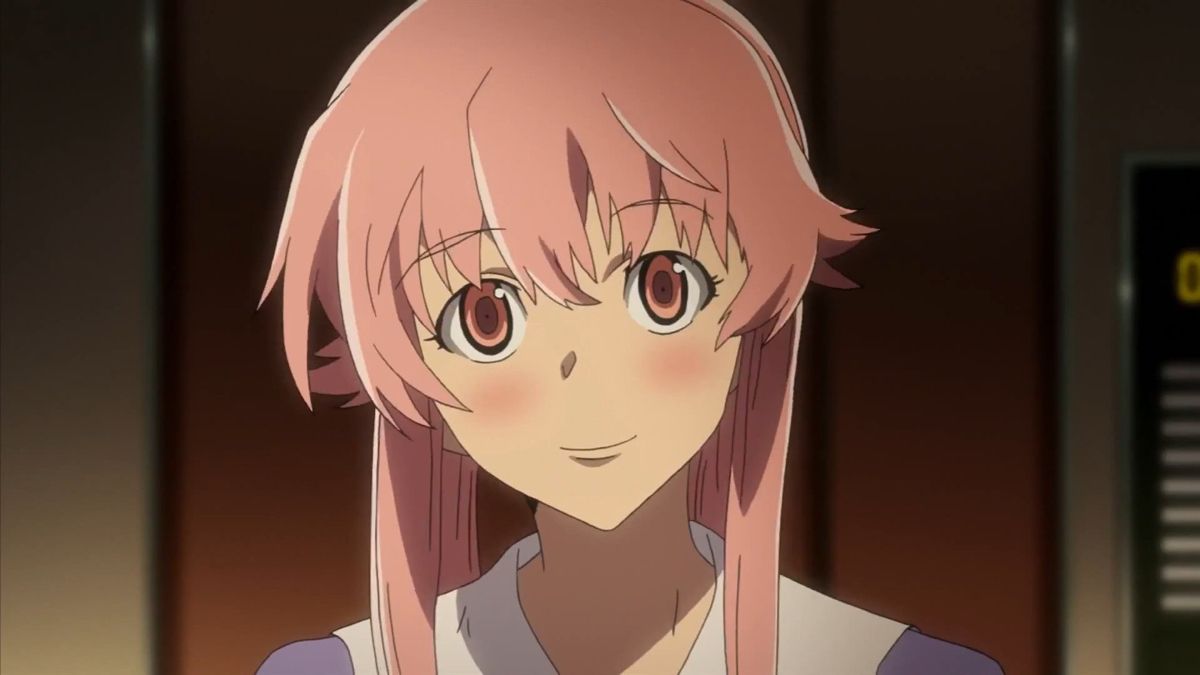 Even though the journal doesn’t aid her much on its own, Yuno’s clever mind, which has rescued both Yukiteru and herself on several occasions, more than compensates for it. She rapidly devises the majority of the strategies that the two employees to defend themselves from the other players’ attacks. Yuno appears to be particularly adept at spotting the flaws in certain diary users, such as Yomotsu Hirasaka’s blindness or determining that Tsubaki Kasugano’s followers are in fact, Tsubaki Kasugano’s followers. Yuno is also skilled at spotting specific diary users’ flaws, such as Yomotsu Hirasaka’s eyesight or finding that Tsubaki Kasugano’s supporters were claiming to be dead and preparing to ambush them.

Her capacity to demonstrate expertise with whatever form of weaponry she gets her hands-on, in addition to brains and cunning, is possibly her most terrifying ability. Knives, axes, swords, pistols, and submachine guns are just a few of the weapons available. She also has a good understanding of poisons and medications, but she seldom employs them. She has also shown that she is adept at infiltration, as she has entered a building undetected even though it was surrounded by police on several occasions.

Also read: Best Yandere Girls In Anime Series That Are Worth Watching

What Chapter is Demon Slayer Anime on?