Will There Be Ousama Ranking Season 2? Is Season 1 ending? 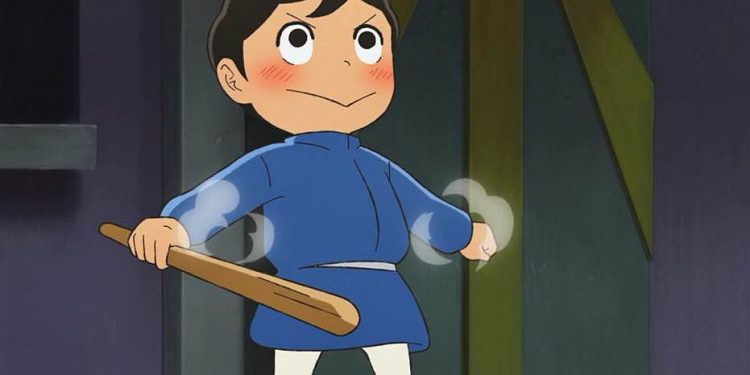 Those who have watched Ousama Ranking, are you wondering if there will be a season 2? Ousama Ranking, unlike others, isn’t exactly a typical anime series. Not like Black Clover, Hunter x Hunter, Fairy Tail, or other such recognizable anime series. But it leaves quite a deep impression on you. At least, not one to make anyone bored. And not even like you would regret watching it. Instead, it may happen so that one may regret NOT watching it in the first place! I am not a die-hard fan of Ousama Ranking. The anime just left that deep an impression on me that one can ramble on and on and still not end rambling on! Guess you want to know more about the rambling part, seeing how you haven’t skipped yet! Go on and read till the end then.

Ousama Ranking, also called Ranking of Kings, is a manga series written by Tōka Sōsuke. Bojji, the protagonist, is unable to hear and speak. He is actually not a suitable candidate for the throne. Despite the fact, will he still be a king? His giant father, King Bosse, wrote in his will that Prince Bojji shall be the next king. Queen Hiling, Bojji’s stepmother and King Bosse’s second wife, secretly conducts a meeting where King’s loyal subjects pick between Prince Bojji and his younger brother, Prince Daida. Can Bojji become strong, despite him lacking in physical strength? Bojji becoming may happen or not, but will that be decided in season 1 itself? Is Ousama Ranking going to have a second season? You will know once you read.

The episodes of season 1 are being released as of yet. The first season of Ousama Ranking is under the WIT studio production company. The WIT studio has also produced AOT’s first three seasons and has taken over other major projects like Spy x Family and Vinland Saga 2. If you decide to watch the anime, and those who have already watched till episode 10, will know that the season is yet to end! So look forward to it for more!

The characters and their development throughout the series is so much fun to watch. With each of the characters’ development, one can feel we are developing together with them as well. Let’s take a look at how they are depicted in Ousama Ranking-

Bojji is the main protagonist. He is disabled, unable to hear and speak. He can lip-read though and is a kind-hearted boy, always willing to fight for right. So, the character development of Bojji is kind of self-satisfying. He smiles, he cries, he laughs, he fights. All of him is just way too cute. Luckily, Bojji has one best friend, who will stay by his side forever- Kage.

Kage supports Bojji and communicates with people on behalf of Bojji. Kage has kind of a dark past and is from a shadow clan. His clans were assassins, and all of them, except for Kage, were killed. His mother died while protecting him. Kage undergoes some harsh situations which make his eyes light go dull!

King Bosse is Bojji’s and Daida’s father. Being a giant, he saved humans from monsters and established a kingdom together. His first wife, Shiina, was a giant too. King Bosse has been ranked No.7 in the Ranking of Kings. It was said that he would have been ranked No.1 by strength alone.

Shiina is a female giant who got married off to Bosse when he still wasn’t a king. He asked her for a duel, and they both decided to marry as promised. Shiina died when Bojji was still young. There’s no specific time mentioned when she died, but this much is evident.

Queen Hiling is the mother of the second prince, prince Daida. At first, she looked mean, but by the time fans got to know her, the character was unlike Cinderella’s stepmother. As for her appearance, she has a sharp nose which is way too pointed.

Bojji’s younger brother, Daida, is the complete opposite of Bojji and is totally ‘normal.’ Daida works really hard to be strong. Daida may look proud and arrogant, but deep down, he is jealous of his brother. Daida realizes the fact that no matter what, he has to be strong with his own strength. He refused to drink the elixir, which Mirror made him to, and told her off that he will come out strong by leaning on his own tactics and not by using such shortcuts!

Domas is prince Bojji’s sword Master. He was personally assigned by the king. Even though Domas was really glad to win the trust of King Bosse, he found it really hard to teach Bojji. He even thought of teaching Prince Daida when he fought against him. Domas mainly finds it difficult to teach Bojji because of his lack of strength.

Bebin is somewhat like a snake master. He is actually Daida’s teacher and cares for Daida very much. Not that he had any feelings before, but Bebin got attached to Prince Daida over the course of time. Bebin taught Prince Daida not only about swords, but he also tried putting some values in him. Despite his fierce and villain-looking face, Bebin is actually a good one.

Coming to Apeas, he is an expressionless man who’s loyal to only and only King Bosse. Apeas wanted to make Prince Bojji the next king, all because King Bosse had written so in his will. Apeas was once weak and a scaredy-cat, but after he got trained under King Bosse and Mirror, he seemed a completely different person.

Mirror, real name Miranja was a lady who is now encased in ice, and her spirit is the one which is inside a mirror. She, all along, has been planning on resurrecting King Bosse in Prince Daida’s body. She was, indeed, the one who was behind every plot that Prince Daida had set so far. Well, some may be personal, but yes, most of it was Mirror’s plan. She also asked King Bosse to kill Queen Hiling. King Bosse, unable to do otherwise, he is actually going with the flow, does as she says.

Desha is the king of the underworld. A king who has an inferiority complex about his face and a wide mouth. He always rages when his younger brother is brought into the topic. Desha is ranked at No.2 in the Ranking of Kings. He is strong, but fans are yet to know about his true power. Desha has the Order of the Underground under his control. He must be powerful then, no?

Despa is- guess who he might be? Yes, he is the younger brother of King Desha. He (not at all) looks like Desha. He is proud of himself and charges money to anyone who wants to learn anything from him. He has to feed himself, you see. Despa is truly a genius. He was able to bring out the power which even Bojji never thought he would have! Despa has both wisdom and intellect. He, therefore, is able to make one realize one’s true potential and, just like a counselor, guides Bojji real well.

Hokuro deserves some acknowledgments too. He might be a low-ranked soldier, but he takes care of Bojji really well when they went on a journey. He is saddened when he learns that Domas killed Bojji. Hokuro goes to report the incident to Queen Hiling but was instead about to be killed when Domas saved him. Domas almost ran, but he finally gave in to guilt. So he decided to save Hokuro.

Will Ousama Ranking have a second season?

The anime series is still in the ongoing status. There are only 10 episodes released as of yet. More to come. Looking forward to it, there hasn’t been any official statement regarding the release of Ousama Ranking season 2. Even though both manga and anime differ, there is still a chance that the anime will continue. But any news is yet to be released on a second season. We can only look forward to the official statement. Even if there comes any news of it, a likely time for season 2 would be Spring 2022.

We Need To Do Something Ending Explained

Why is Bojji Small in Ousama Ranking? Age & Height