Will There Be A Mushoku Tensei Season 2? 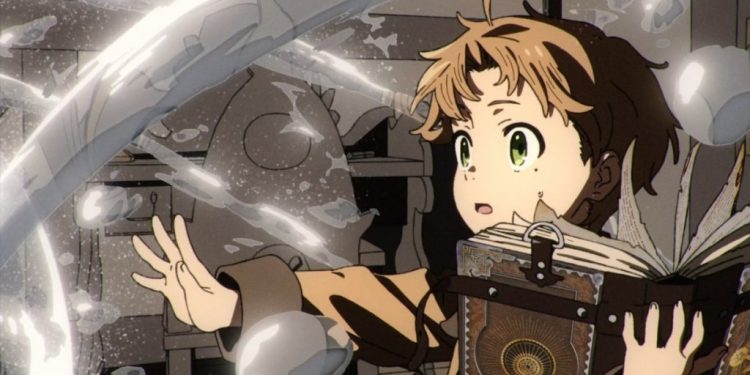 After the finale episode of season 1, there are so many fans who are excited to know about Mushoku Tensei season 2′? I am also excited to see them again in one of the best anime series of the 2021’s, but now we have to wait because the episode was only recently released. It gave us some clues about the future of the Mushoku Tensei anime series. But how much do we have to wait? Let’s know through this article.

Mushoku Tensei is a story of Rudeus Greyrat, who got reincarnated in the world where magic and gods exist. The region where he was born looks like a village where everyone is living a normal life, and no one wants to go against others in any circumstances.

Will there be a Mushoku Tensei Season 2?

There are high chances that we will get Mushoku Tensei Season 2 due to the popularity of both parts of Season 1. Mushoku Tensei ended with positive feedback from the anime fans. That makes a positive view for the Mushoku Tensei anime series.

After the ending of the first season with so many clues, it gives us high chance for the second season. Mushoku Tensei Season 2 also depends on the available sources. And anime creators have enough resources to make it possible for Season 2. Most of the people are waiting for the other characters like Sylphiette, which we have seen at the end of the finale episode of Season 1.

Mushoku Tensei got good reviews, enough sources, and also an incomplete story which gives the producers of the anime a good reason to start working on Mushoku Tensei Season 2. Anime fans are excited to know what will happen with Eris and Rudeus? Will they meet again or not? So this is also one of the important reasons to continue the series. Overall, there are high chances for continuing the series because of the feedback they got from the Mushoku Tensei fans.

What happened in Season 1?

As we already know that, Season 1 is divided into two parts, part 1 and part 2. So we will know about them, one by one. So we will start from season 1, and then we will move from part 1 to part 2. In season 1, we have seen that a 34 years old man who was harassed by some boys of his school has no will to go to school. Now, he has no interest in the world, so he decided to live a life where no one came to see him. He was just playing video games, eating food, and sleeping. No one was there to understand how he was feeling from inside. He lost his will to fight against this society.

One day, when he was playing video games, some boys came to his house and threw him out of the house. It was raining that day. He was thinking about why he is the one who has to live a life like this. At the same time, some boys were molesting a girl together. They were in the middle of the road, and a truck was coming from the front. He had no idea what to do, so he jumped on the road to save that girl. During that instance, he was killed in a road accident.

After that, he got reincarnated in a parallel world where magic and sorcery, gods and humans have existed together. He had no idea what was going on, but a little later he realized that he was no more 34 years old. He is now a newborn baby in the Greyrat family. Rudeus Greyrat was the name he got from his parents, Paul and Zenith Greyrat. Here the journey begins. It was not his journey alone, but also that of other people who would join him in taking this story forward. Like Sylphiette and Roxy, they both were the major part of season 1 part 1, whereas Eris and Ruijerd were the major part of season 1 part 2.

Having a piece of knowledge from his past life and memories makes him develop in less time. Rudeus quickly learns their lifestyle and language. Because this will help him to survive in this new world, be it a newborn baby or a 5-year-old child. He already had a developed brain from his previous life. With the help of Roxy, he started to increase his magical ability, but he was not good at swordfight. He also met a girl, who became his closest friend whose name was Sylphiette. After his graduation, Roxy left him and told him to join Ranoa Magic University. But, after the incident of teleportation, everyone was teleported to a different region.

Sylphiette looks like a Superd because of her appearance, and because of that, three boys bullied her. But Rudeus saved her, and after that, they became best friends. She was not much rich to go with Rudeus and gain knowledge of magic. So Rudeus asked his father to help her to get admission with him. But he declined, so Rudeus asked him to find a job where he could earn money so that he could pay her fees. His father agreed, and Ghislaine came to take him to the Asura Kingdom, where Philip Boreas was living with his family. He got a job to teach arithmetic and magic to Eris.

It was difficult for him because of Eris’ short temper and manly nature. She was seen as a stubborn girl who always hit Rudeus without any reason. But with time, she fell in love with Rudeus. But after the teleportation incident, Rudeus found himself with Eris in the Demon Continents, which continues in part 2 of season 1. Here these three started their journey to find other family members with which Rujerd will help them. They were able to find everyone like Paul, Norn, Aisha, Lilia, Ghislaine, and news about the death of all of Boreas family. But they still need to find Sylphiette and Zenith, and we can see them in season 2.

What will happen in Season 2?

Mushoku Tensei season 1 has a total of 23 episodes. And we have so many clues to continue in season 2. First, Zenith is still missing, so most probably Rudeus will go to find her, as we have seen in the finale episode. Second, Syphiette is coming back in season 2 after the teleportation incident. And there is also a mystery behind her looks which we can see in season 2. Third, Roxy and Rudeus have not met each other yet, so maybe we can see them together again.

In the ending scene of the season 1 finale, we have seen that Rudeus will get admission to the Ranoa Magic University because of Sylphiette. So there maybe we also can see his University life. Then, after parting their ways, Rudeus and Eris, may not continue to be together in the second season. But there are chances that we can see them again because Eris told Ghislaine that she would come back to him and get married to him and protect him from Orsted. After leaving behind Rudeus and Eris, what will be the fate of Ruijerd in the second season? Will he be a villain or a hero? There are also chances that we can see that in the second season.

Mushoku Tensei has already been concluded with the last episode of season 1 on 19 December 2021. After ending with so many clues, anime fans will have to wait for season 2. Mushoku Tensei Season 2 has not been confirmed but it might premiere towards the end of 2022 or the beginning of 2023.

Where can you watch Mushoku Tensei: Jobless Reincarnation Online?

My Hero Academia Should End in One Year, Says Creator