Will Spike Spiegel Die In Cowboy Bebop? The Fate Of The Former Member Of Red Dragon Syndicate

Spike Spiegel is the major protagonist of the famous series Cowboy Bebop. Did he die in the end? Let's find out. 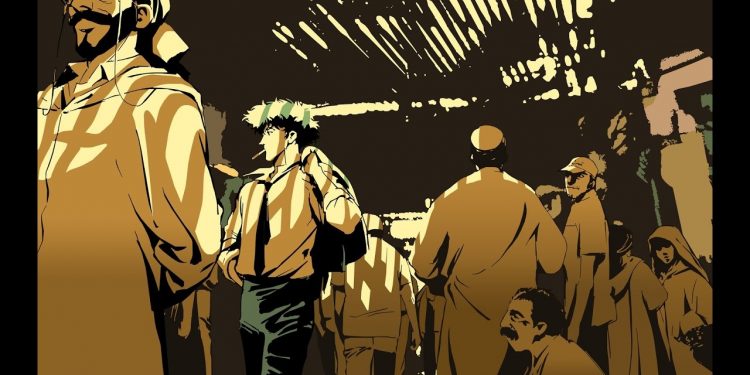 Cowboy Bebop is one of the most popular science fiction Japanese anime created by Sunrise Studios. Industries’ top creators contributed to this show like Production Team was led by Shinichiro Watanabe. Screenwriting was done by Keiko Nobumoto. Character designing was done by Toshihiro Kawamoto. The music, which is the signature quality of the show, is given by Yoko Kanno. There is plenty of well-written character in the series which always entertain you whenever they appear on the screen. In this article, we will talk about one of the famous characters of the series Spike Spiegel. What was his goal? What impact does he leave on the series? Did he die? There are plenty of questions we have, but we will sort them out in this particular article. So make sure to read this article till the end.

Before coming straight to the character, first, let’s see the brief synopsis of the show. Cowboy Bebop has 26 episodes in 6 seasons, consisting of 4-5 episodes in each season. The plot is based on a futuristic approach. The story sets up in 2071, which follows the concept of some wanted criminals with a bounty on their heads. This is the story of our main protagonist Spike and his rival Vicious, a criminal who belongs to the red dragon syndicate. They used to be the best friends, but once Spike affairs with Vicious girls and after that Vicious plots to kill him, and that’s how the greatest rivalry starts. Did Vicious get success in killing Spike? Let’s find out.

Who Was Spike Spiegel?

Spike Spiegel is a former member of the Red Dragon Syndicate and the main protagonist of Cowboy Bebop anime. He left the organization by faking his death after falling in love with Julia. After this, he became the bounty hunter and the captain of the spaceship Bebop. The work of the bounty hunters is to arrest criminals across the moon and solar system. If we talk about his appearance, Spike is tall and lean with green hair and brown eyes. His right eye got replaced by the cybernetic eye, which got revealed in Season 6 of the show. He mostly wears blue clothes with a yellow t-shirt and lupin-type boots. Sometimes he wears a trench coat. He is addicted to smoking, and you will see him most of the time with a cigarette. His character is inspired by a famous Japanese actor Yusaku Matsuda who played the role of Shusaku Kudo in Tantei Monogatari.

What Happened To Spike Spiegel?

The answer to this question might be contradictive as the creator left the question open-ended. We will answer this question on a personal note. Personally, we think that Spike really died in the end. In the end scenes, we saw Spike in a worsened condition. He took too much damage and probably suffered from pain. He had a gunshot in his arm and a heavy slash across his stomach. Anyone would have died after getting this much damage. And his crew were literally breaking, and only Edward and Ein were left. Julia was already dead, so this can be the reason why Spike lead him towards death because he wasn’t able to find the purpose of his life anymore. In this end, we can say that he got the peaceful end, and he might not regret anything in his afterlife. If you have any other theories regarding his death, do let us know in the comment section.

Where TO Watch Cowboy Bebop?

Now comes to the last part, where to watch Cowboy Bebop? There are many websites and platforms which allow us to watch the show legally, but the most famous and recommended platform is Crunchyroll. Crunchyroll allows us to watch not only Cowboy Bebop but tons of other anime on our single subscription plan, anytime anywhere in the highest quality possible. The platform also supports simulcasting, so if you are following any ongoing title, you can catch up at the same time. The best part of the app is, it also supports ad-supported content, so if you don’t want to pay for the subscription, you can still enjoy your favorite show with ads in standard quality however the pricing is really affordable.

Is Karen Mott Pregnant On Sistas?