Will Sloth die in Fullmetal Alchemist?

Fullmetal Alchemist is an anime that has intriguing villains. These villains are called Homunculus, which is the Latin term for “Artificial Small Humans”. What is even more interesting about these villains is that they are named after the Seven Deadly Sins based on Roman Catholic Theology. These sins include Pride, Greed, Lust, Envy, Gluttony, Wrath, and Sloth. These villains are some of the few ones in anime that are difficult to get rid of. However, the homunculus Sloth is the most interesting of these. So, is there any way to kill them? Let us look into Sloth and find out if it dies or not.

The character of Sloth from the 2003 anime first appeared as King Bradley’s (Homunculus: Pride) secretary in episode 13. The people who created Sloth were none other than the Elric Brothers in their failed attempt to revive their mother at the start of the series. To their surprise, Sloth looks a lot like their mother, Trisha Elric. Although they failed in reviving their mother, they did not fail to bring out a deformed body. This deformed body was “saved” by Dante, the original villain of Fullmetal Alchemist. She fed the body pieces of the “red stone” and revived it well into the homunculus Sloth with the appearance of the Trisha. 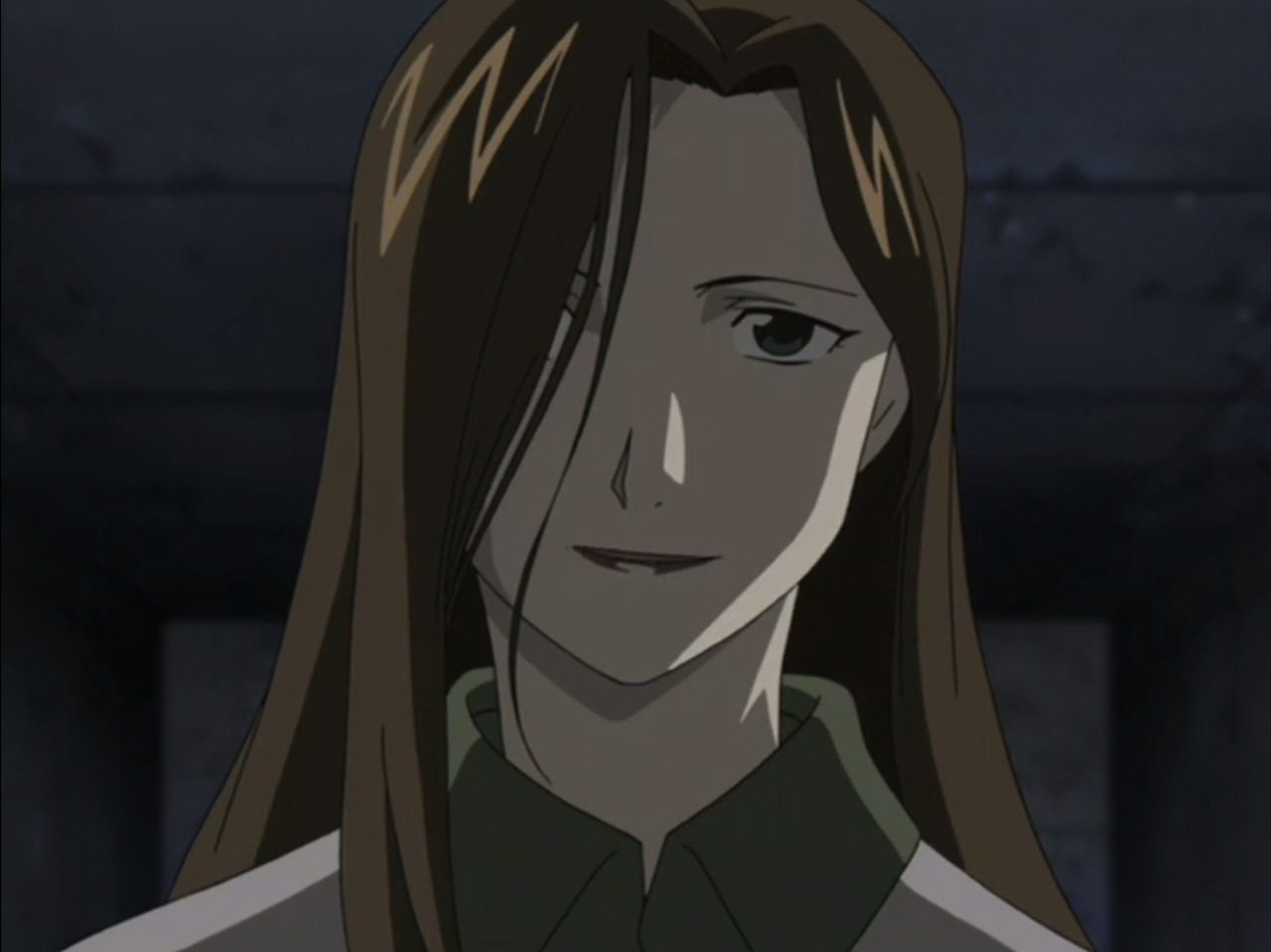 Sloth disguises herself as Juliet Douglas, the name of the soldier who shot an Ishval child, thereby starting the war. When Maes Hughes almost got close to finding out about her disguise, he was killed. In the anime, she doesn’t really appear to be like how one would expect the sin Sloth to be. She is rather emotionless most of the time. She sometimes appears to be cold-hearted. Sloth’s powers allow her to transform herself into water.

This Sloth plays an important role in being Wrath’s mother-like figure. Wrath reciprocates this relationship by being a son to her referring to her as “Mama”. These motherly feelings probably occurred because of the fact that she still shared Trisha Elric’s memories as being the mother to the Elric brothers.

Sloth is killed by Edward Elric in the 2003 anime. After she is able to enter Alphonse’s steel armour, she fights Edward. During this fight, the brothers manage to get her out of the armour. Once out, she reveals to them that she does remember spending time with them as their mother. However, she doesn’t hesitate to let these brothers know that she ought to kill them in order to prove to herself that she isn’t or doesn’t have any relation to Trisha Elric. She resumes her fight with Edward in an attempt to kill him but is distracted by Wrath’s voice calling her “Mama”. When she turns, Edward takes the opportunity to stab her through her chest making her water particles blast into raindrops. 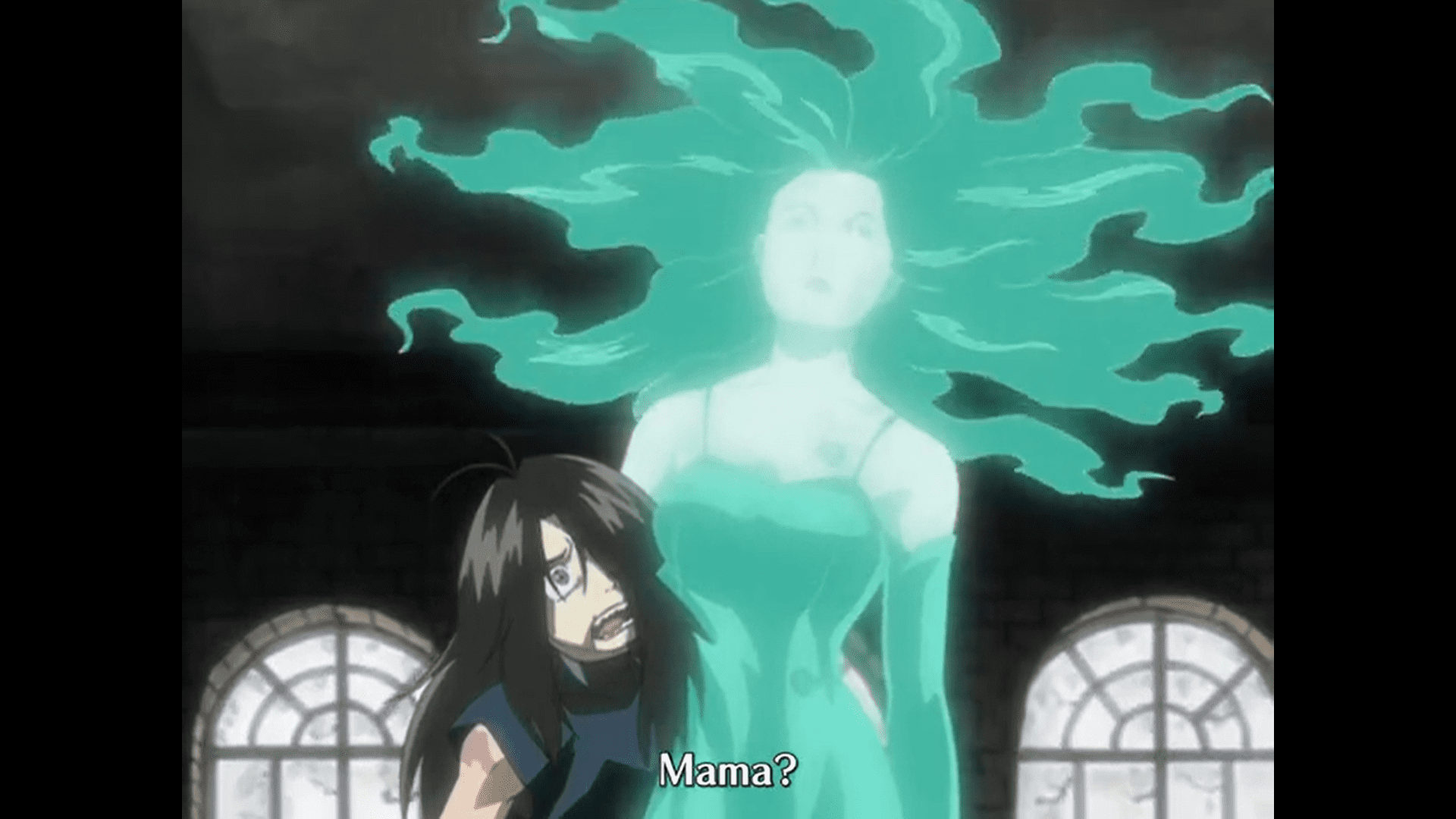 When Wrath returns, he is taken aback by his “mother’s” death but when she revives herself, he hugs her and literally combines with her body. This leaves Sloth anchored to Wrath’s body and she cannot move. Ed then takes this opportunity to transform her into Ethanol, a chemical that evaporates at room temperature, causing her demise.

As the story is very true to the manga, this makes the 2009 anime more interesting to watch. Sloth is almost the last sin introduced in Fullmetal Alchemist: Brotherhood. However, this Homunculus isn’t introduced as the Elric Brothers’ mother. Sloth is introduced as a huge, muscled man. His character and personality live up to the name “Sloth”. He often is seen complaining about doing too much work but even walking could mean “too much work” for him. However, Sloth works for the sake of getting the job done, not for any glory or joy. He is very slow in nature but when he fights, his speed takes a flip as he is considered to be the fastest Homunculus. Yes, you read that right. Along with being able to punch people and resist attacks, he is able to move with incredible speed in combat. 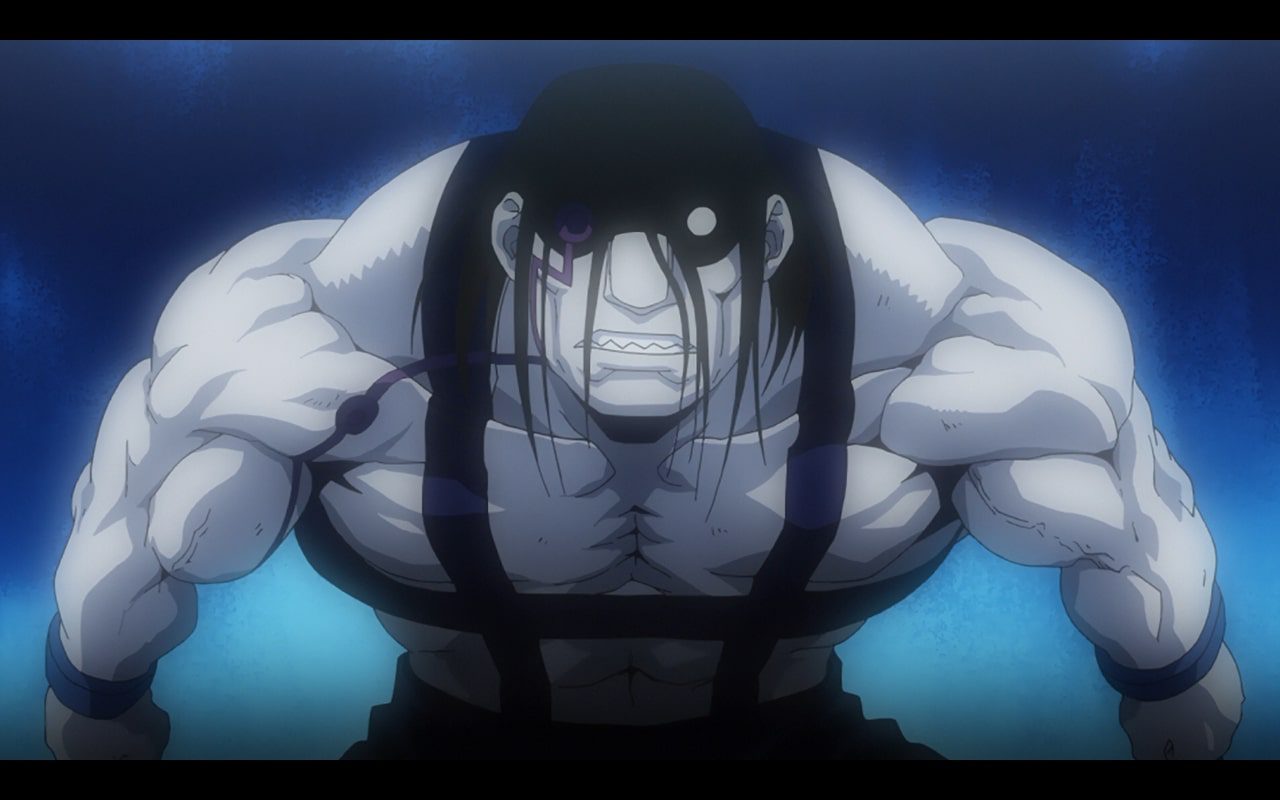 Sloth was tasked with building a tunnel in the shape of a transmutation circle under Amestris. However, he was left to deal with the Armstrong siblings – Major General Olivier and her brother Alex Armstrong. Although complaining about the fight being a pain and too much work, he was deemed as an undefeatable opponent. As mentioned above, he just wanted to get done with the fight and then rest. When the attacks of the Armstrong siblings weren’t helping much, they were offered an escape route by their subordinates but they refused to escape. Luckily for them, Izumi Curtis and her husband Sig join the battle. Izumi Curtis, being really strong, manages to land Sloth a blow with the help of her husband. 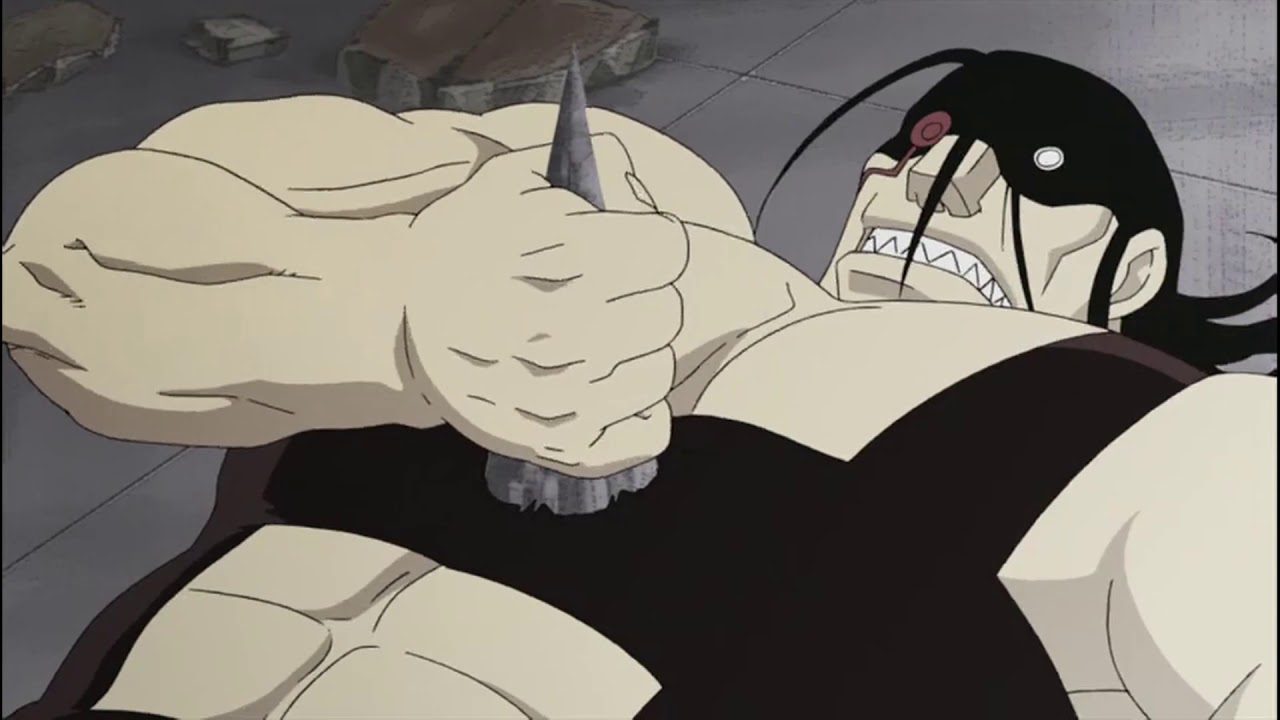 Bonding over the fact of “respectable muscles” Sig and Alex began beating up Sloth, managing to impale him through his chest. Although being impaled before, Sloth couldn’t get up with this blow. As he is disappearing away, he begins thinking about what a pain it is even to think. Finally, after claiming that living too is a pain, he decides to take the ultimate rest – Death.