Shimotsuki Yasuie aka Tonoyasu or Yasu is a silly, comical and fun-loving character in the One Piece anime series. Although when he is not being silly, he is very good at his job. He loves the citizens living in his territory as the Daimyo and always tries to help them no matter what.

by Shreya Chowdhury
in One Piece
Reading Time: 3 mins read
0 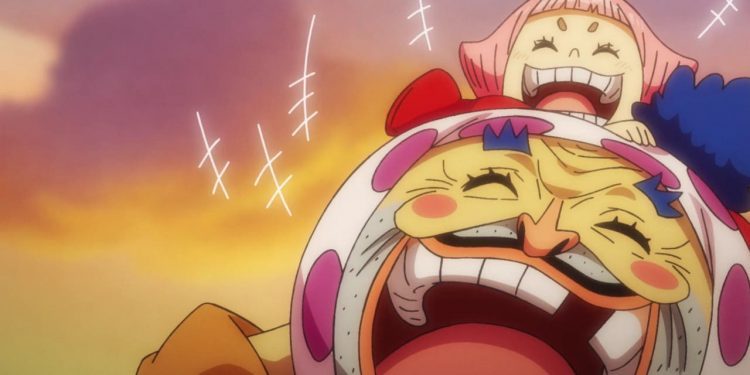 Eichiro Oda’s One Piece has become a global phenomenon by now with its huge success. The manga and anime have become a fan favorite amongst shounen anime watchers. This is why for fans, One Piece is not just an anime but more of an experience of the journey of the Straw Hats Pirates. The show taught us to back down from helping a friend even at the risk of losing one’s life.

The anime revolves around our protagonist Luffy and his crew of pirates who are out to get the world’s most legendary treasure. After turning 17, Monkey D. Luffy sets out on this journey and forms the amazing pirate crew we know today along his way. Here, in this article, we will talk about Tonoyasu, a member of the Shimotsuki family who used to be the daimyo of Wano country. (Daimyos were feudal lords who acted as vassals of the shogun in ancient Japan.) The Shomtsuki family were powerful and wealthy in Wano country.

So, Who is Shimotsuki Yasuie?

Shimotsuki Yasuie, better known as Tonoyasu or just Yasu, was part of the Shimotsuki family and the Taikomochi who lived in Ebisu Town near the capital of Wano Country. He was the adoptive father of Toko. He was also nicknamed Yasu the Hedgehog. When the Kozuki family ruled over Wano Country, Yasuie served as the daimyo of Hakumai.

His position gave him control over the inhabitants of the Wano Country. As the Daimyo, Yasuie had quite a good reputation with his people. He was very generous to them and treated them kindly. Due to his generosity and benevolence, Yasuie carved a place for himself in their hearts. They loved and adored him so much that Oden once stated that most of the country’s citizens would support him if he became the next shogun. Even after he lost his position, the citizens felt the utmost level of love and respect for him.

Shimotsuki Yasuie always appears to be smiling and very excited to go on about his day. When Zoro meets him and accidentally calls him ‘Kasu’ (trash) instead of Yasu, he does not mind. This shows us the self-deprecating side of his personality. He is a very eccentric, carefree, and comical character.

However, he is also shown to be very kind and generous, as can be seen from his behavior with his citizens. He was highly compassionate when he provided provisions to the people of Ebisu town, specifically the sick and injured people. Yasu used the money his daughter had earned to help these people. He enjoyed helping others, even the people who were as amoral as Bingo, Bongo, and Bungo.

He was a strict man in the past, although he lost most of that attitude over the last twenty years. But he always took his position very seriously, especially when it was about the protection of the Habu Port and his people.

Unfortunately, yes, this fun-loving character does meet his end in the anime series. After the death of Oden, Yasuie and the three other daimyos was approached by Orochi. he gave them an order to submit to him. All of them refused, and their samurai mounted a fight. But they were all defeated by the Kaidou and his crew, with only Yasuie surviving.

After escaping from there, Yasuie went to Ebisu Town and took on the name ‘Tonoyasu’. He adopted a little girl named Toko, but he later sold her to the Flower capital. She would sometimes send him money which he used to support the people of Ebisu town.

During the Wano Country arc of the series, Yasuie went to the Flower Capital to commit robberies and fool the authorities into thinking he was Ushimitsu Kozo. Orochi’s forces caught him, who believed him to be the said thief. They took him to Rasetsu Town prison in the capital to be crucified the following day. However, he was happy to see that the crowd gathering around him was catching on to who he actually was.

Yasuie told Orochi that the current shogun in Wano country was ruining all the good things that the Kozuki family had built there. He lied to him about creating the Kozuki family’s secret message as a childish prank. Yasu even lied about the crescent moon symbol being an unrelated sign and that Orochi had made a mistake in making those arrests because of the symbol. When Orochi approached the execution platform, Yasuie was in, and he cursed at him. Orochi shot him multiple times after that, and he was killed.

The alliance took his body back to the Ebisu town. A burial spot was later made for him in Kuri. Yasuie was proud of his deeds as Tonoyasu. With his last breath, he declared to die not as a daimyo of the Kozuki Family but as a fun-loving jester of Ebisu Town.

Also Read: What Episode is the Time Skip in One Piece?