Will people vote for her or not? 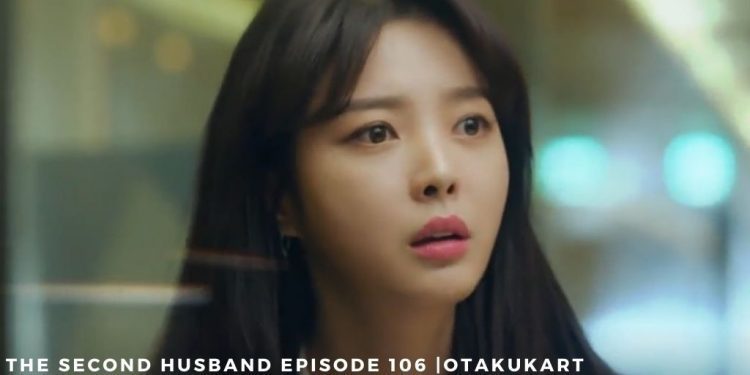 The Second Husband Episode 106 is just a few days away! Fans have been absolutely loving the recent episodes, especially because Seon Hwa is now the CEO of Bong Confectionary or J Capital which is a large shareholder of Daekook Confectionary. Everyone at the shareholders’ meeting, except for Hae Ran and Jae Min, of course, were completely shocked when Seon Hwa confirmed that she was the new CEO of J Capital. Jae Kyung couldn’t sit straight and let Seon Hwa become the director of Daekoook Confectionary, so she decided to compete against her. The audience already knew that Jae Kyung will be playing all the dirty tricks she had up her sleeves. At first, she tried to gain a perfect public image by doing a lot of interviews and appearing in magazines.

She even went on to say that she, Sang Hyuk, Tae Yang, and Mal Ja, is a perfectly peaceful family. She even gave Chairman Yang the wrong idea about her. Jae Kyung told Chairman Yang that Seon Hwa is an ex-convict and was sent to jail for murder and had also tried to leak information about the company’s upcoming new product when she used to work as an employee. Of course, she was cunning enough to accuse Seon Hwa of all of these statements so easily! The audience is surprised that Seon Hwa didn’t plan anything for this because was quite obvious that Jae Kyung would try to do anything to become the director of Daekook Confectionary.

Don’t miss out on The Second Husband to see if Seon Hwa will become the director, and check out the release date, streaming details, and predictions of Episode 106.

The Second Husband Episode 106 will surely be a lot of fun! Fans are worried that Seon Hwa will not become the director of Daekoook Confectionary after all. Not only did Jae Kyung create a bad image of Seon Hwa in front of Chairman Yang, she even came up with another nasty plan. First off, when Seon Hwa was going to the voting event to see whether she will become the director, she escaped from death when a bike accidentally crashed into her. Plus, guess who was on the bike? It was none other than Jae Kyung’s right-hand man Soo Chul himself! And when she returned, she got a call that something had happened to Tae Yang, which was obviously not true.

To make things far worse, Yoon Dae Guk had also secured a lot of people to vote Jae Kyung as the director of Daekook Confectionary. Naturally, Hae Ran and Jae Min were worried sick that something must have happened to Seon Hwa because she still hadn’t arrived at the meeting yet. More and more people started to get impressed by Jae Kyung. The audience of The Second Husband already feels bad for Seon Hwa. Not to mention how disappointed they were at her for falling into the same trap again and again! Will Seon Hwa be able to turn the tables in time? Or will Jae Kyung reign supreme in this competition? Don’t forget to watch the episode to see what happens next!

The release date of The Second Husband Episode 106 is 14 January, this Friday. The Second Husband airs new episodes every day except for the weekends on the MBC channel at 7:15 PM KST. Fans are more than excited to see what will happen next. They even want to find out how Seo Jun will be dealing with his compressed feelings for Seon Hwa. Another factor to look out for is that Sang Hyuk might help out Seon Hwa so that she becomes the director of Daekook confectionary. After all, he thinks Seon Hwa is naive, and the fact that he has the evidence that can ruin Jae Kyung’s reputation makes his ego grow even more.

Where To Watch The Second Husband Episode 106?