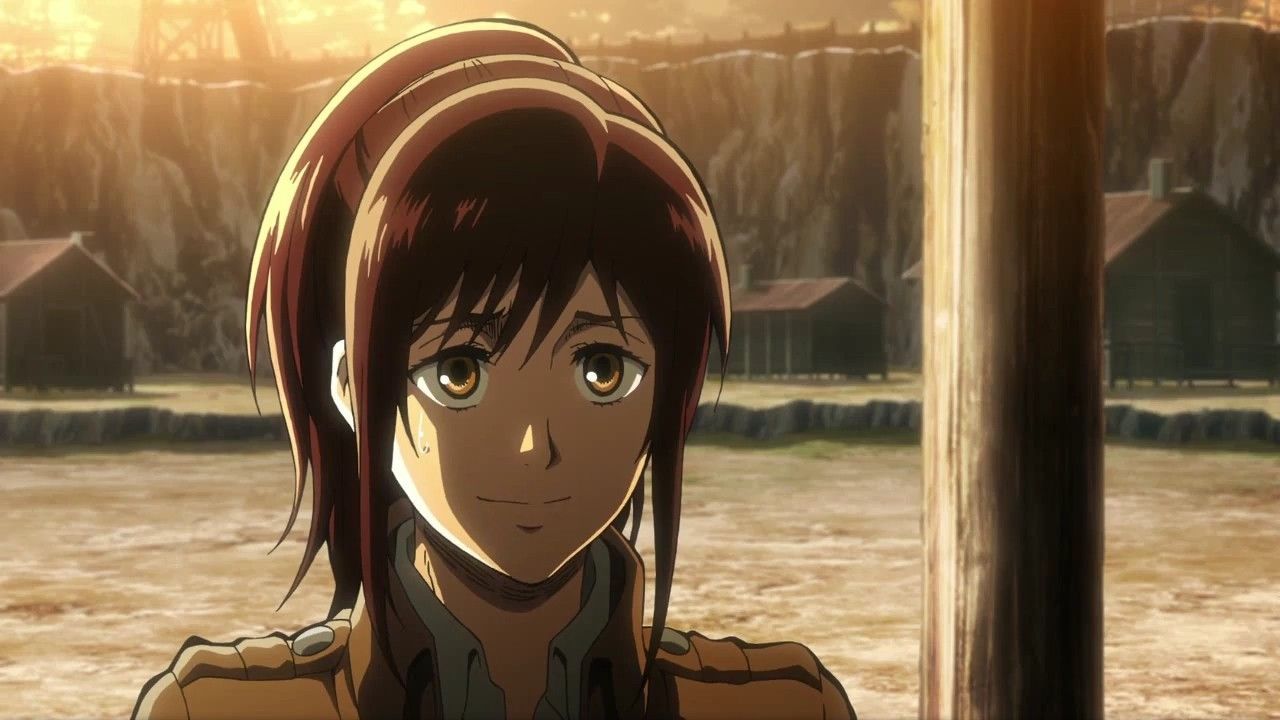 One of the anime’s most powerful characters, Sasha Blouse. She was a Survey Corps member and one of the few former members of the 104th Training Corps, where she was voted 9th best. After learning about Eren’s promise to exterminate the Titans, she became extremely determined and enthusiastic and joined the regiment. Sasha was a compulsive food hoarder with a charming demeanour who came from Dauper, a hamlet in Wall Rose’s southern section. She was a little young girl with brown hair pulled up in a ponytail at the nape of her neck, and she was adored by her fans. Her bangs were separated on the left and cascaded down each side of her face, stopping in the centre of her neck. She wore a light grey shirt underneath the Survey Corps outfit on missions.

Also read: Will Hange Zoe Die in Attack on Titan? A Complete Analysis

In the anime, yes, Sasha dies. After Eren’s brutal assault, the nation’s capital was in horrible shape, and the Survey Corps merely added to the damage. Gabi was alone, and she discovered that everyone was ruthlessly dying all around her, and she had no control over it. Gabi killed Sasha with a stolen weapon in an attempt to bring justice to her loved ones and those who died in the attack. Gabi was slain as she boarded an airship with Falco on her tail. 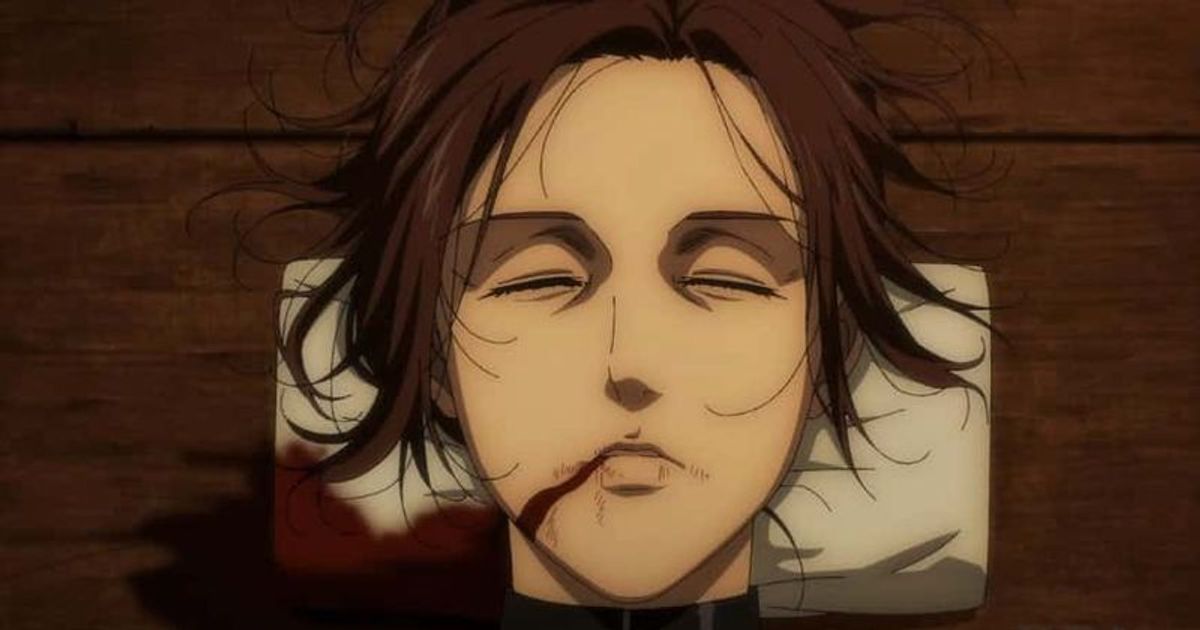 It was pure coincidence that she followed the airship carrying Eren and others. Gabi aimed at Sasha before firing the trigger, and the bullet went right through her. Sasha wonders aloud what is going on and why everyone is shouting as Connie and Jean hurry to her side to attempt to stop the bleeding. She pleads for some meat as she fades in and out of consciousness. Sasha bleeds out and dies next to Mikasa and Armin, who are obviously distressed, despite the efforts of the other troops. Sasha is buried when the Survey Corps returns to Paradis. After the burial service, Mikasa lingers by her grave, pondering on what has to be done for the Eldians to survive. Sasha has been a part of the anime since the beginning, and she is well-liked for her loving and modest personality, as well as her desire to share love. She has always been upbeat. Gabi’s assassination sparked an outpouring of grief among her followers.

Sasha, who was raised as an animal hunter, has exceptional archery, horseback riding, and tracking abilities. Sasha was one of the top ten trainees in her team, indicating that she has strong physical ability. She was also said to be more balanced than some of the other trainees. Sasha’s hearing was so good that she could hear a troop of Titans arriving before any of her other trainees. Sasha had a strong understanding of wild creatures and, because of her hunting expertise (as evidenced by the Female Titan’s scream), she understood exactly what the scream represented (distress; danger) and that they should be aware of it. She also appeared to be athletic and capable with a bow and arrow, hurting a 3m class Titan with only a bow. With archery alone, she was subsequently revealed to be able to disarm a person without causing any harm to them. 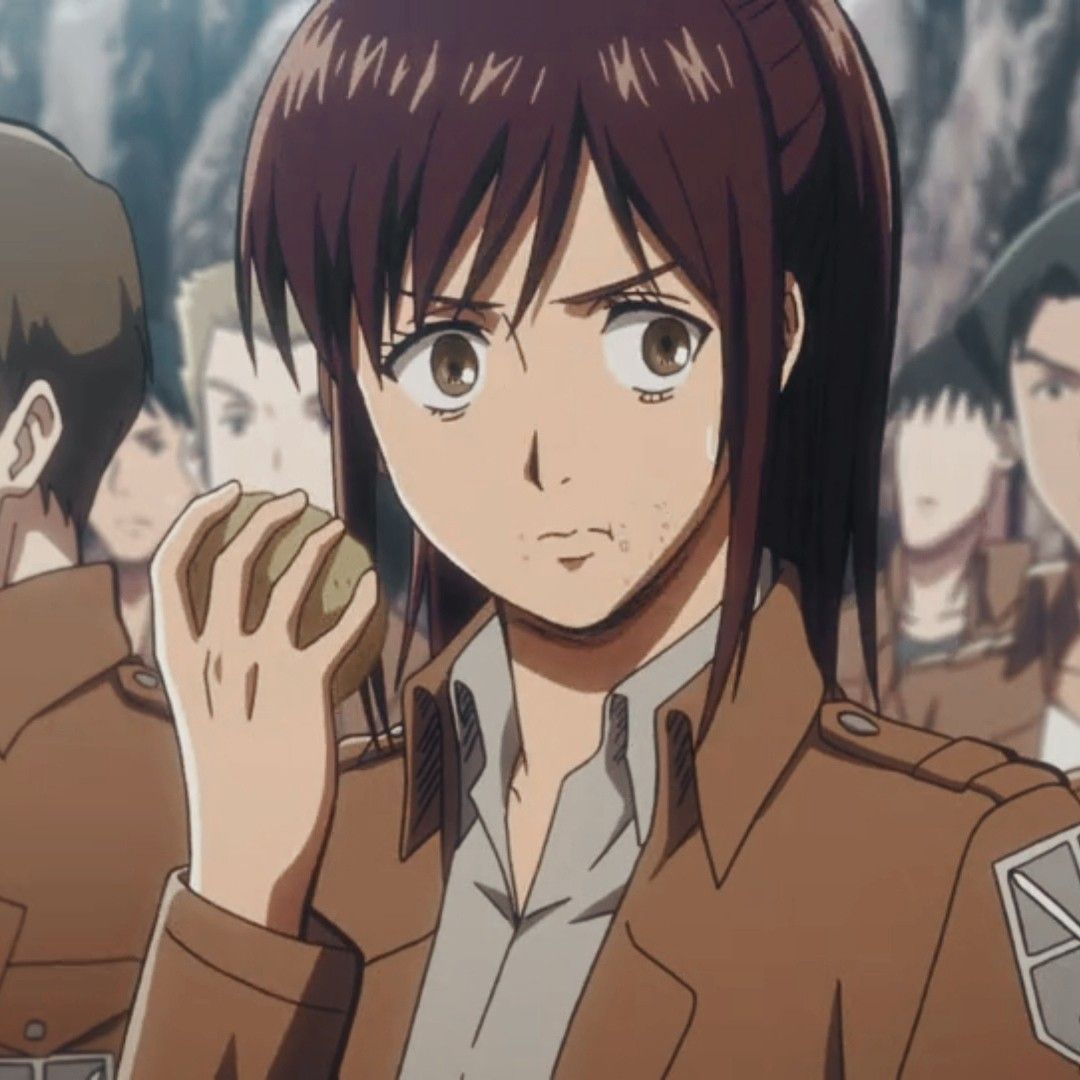 Four years after conquering Wall Maria, she had shown to be a master of bolt action rifles, killing numerous Marleyan troops from a rooftop in a matter of seconds and sniping a gunner through a tight gap in the thick of a conflict. She was a competent thief since she was able to take food from the army stockpile without being discovered. She had some medical skills, having attended to Levi’s wounds when he was attacked by Kenny Ackerman and the First Interior Squad.

Also read: Will Mikasa Kill Eren in Attack on Titan? A Complete Analysis