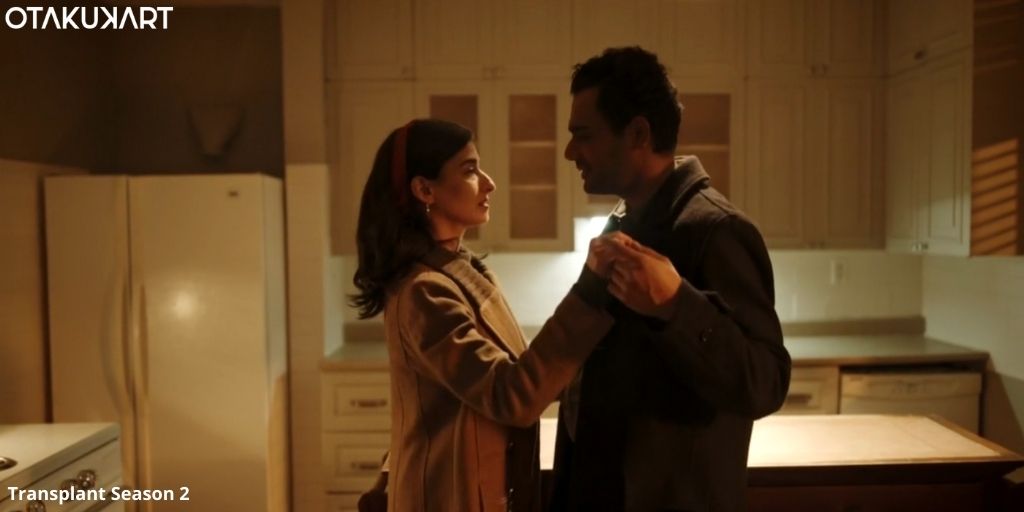 It looks like things might be getting a lot smoother for Bash in his personal life on Transplant Season 2 Episode 4. Meanwhile, things at the hospital were just fine for him as well. However, he was still upset about Bishop not being there as his boss. In addition to that, he was trying to get involved in the fight for Bishop against Dr. Novak, but Bishop wanted him to stay away from it.

On the other hand, Curtis received the really amazing news that changed a lot of things for her but added responsibilities as well. Furthermore, these new responsibilities led her to doing some mistakes too. Whereas, Leblanc was finding it very hard to impress the new boss Novak as he didn’t like any of her methods or whatever she did. Meanwhile, Novak was still taking up every opportunity at hand to spoil Bishop’s name for endangering a patient’s life due to his mental health problems.

The Canadian medical drama has made quite an impression among viewers around the world since it first kicked off on 26th February 2020. As a result, the success of the first season made way for the second one that premiered on 3rd January 2022. Although, the fans are now eager to watch Transplant Season 2 Episode 4. But first, let’s find out what all happened previously on the show in Season 2 Episode 3.

Episode 3 of Transplant Season 2 dropped on 24th January 2022 and was titled “Sever”. The episode began with Bash talking to his therapist about his past traumas from the time when he was arrested back in his country. His therapist told him that he was making progress with his PTSD. At the hospital, Novak denied Leblanc for attending to the incoming accident patient even though she volunteered and asked Bash to join instead. The patient named Vincent had severely damaged his leg after his partner Trish’s blade cut in deep during their sports practice. However, they managed to save his leg and his life as well. Meanwhile, Leblanc attended to a patient who had got food poisoning from drinking expired milk with a dead mouse in it.

Whereas, Dr. Aajay gave Curtis the good news that she had become the chief resident and was starting with her duties at that very moment. Moving on, Theo attended a young boy Eamonn who was admitted after having regular fevers and found out that it had something to do with an oral infection. Although, later on, the boy started showing red spots on his hands and feet, which indicated that he had a heart condition. Additionally, the oral infection might have triggered the condition. On the other hand, Vincent learned that he would be down for six months as the injury was deep inside his leg. Whereas his partner Trish fell unconscious and was admitted too. Later on, it turned out that she had been taking supplements for months that had now led to a possible acute liver failure.

However, after some treatments, Bash assured them there was hope that Trish would get through it. Then we also saw Bishop having his therapy session at the hospital, where he seemed to have problems while using his right hand. Meanwhile, Theo gave the good news to Eamonn’s mom that he won’t be needing surgery and will get better through proper treatments and medication. But Theo had already suffered heartbreak when his wife Melissa told him that their marriage was not working and they had to split up. On the contrary, Bash had a pretty good conclusion to his day as he spent time with Rania and asked her to move in with him. Meanwhile, Dr. Aajay supported Curtis even after she made several mistakes on her first day as Chief Resident.

“Transplant Season 2 Episode 4 will release on 31st January 2022 at 10 pm ET/PT on CTV.” Moreover, the episode will be titled “Contact”. The episode will show us whether Rania decides to move in Bash or not. Whereas, Curtis will have another challenging day as the new Chief Resident. Meanwhile, Leblanc will try to handle Dr. Novak’s behavior against her.

“Transplant Season 2 airs every Monday at 10 pm ET/PT on CTV in Canada.” Other than that, the show will air on NBC in the United States, but there is no confirmed date as of now. Except that Transplant Season 1 is available to stream on Hulu and Youtube TV. Furthermore, it is also available on Amazon Prime Video. Meanwhile, the viewers in Canada can also watch the first season on Crave. The show is also available on TVNZ in New Zealand.