Pedro was the Mink's Guardian who put his everything for Straw Hats. Let's see where his fate took him in the end... 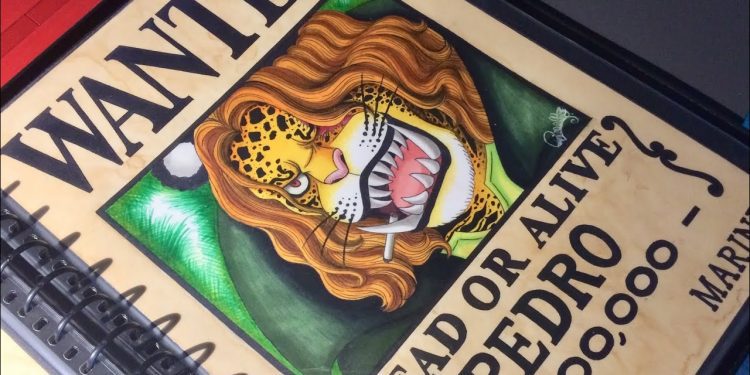 One Piece is not just an anime, but it is a roller coaster of a whole lot of Journey, Dreams, Love, and emotions. The show is running for the past 22 years and still has the same joy and excitement. The anime is getting better and better with rich animations. In this article, we will talk about Pedro, the Mink who put his everything into straw hats. He was the one who helped Straw Hats in escaping from Whole Cake Island, which is the territory of The Emperor of The Sea, Big Mom. We will know everything about him in this article and see where his fate took him in the end.

When he was 17, he sailed through the ocean on a wood boat. Later he recruited many amazing crewmates and defeated many powerful pirates along the way. The manga is still ongoing with over 1020+ chapters. If we talk about anime, the show has 1000+ episodes with weekly releases. No one knows how many years the show will run, but the show is still a fan favorite and holds the same excitement as before with many rich animations. Now let’s jump straight to our main topic.

Will Pedro Die In One Piece?

Pedro was the Jaguar mink and the captain of the Guardian Unit. He was the captain of Nox Pirates, who sailed through the oceans in search of Poneglyphs. He earned the bounty of 382,000,000 berries by World Government. He was inspired by Roger, who once visited Zoe in search of Poneglyph. Pedro asked Roger to board his ship, but Roger firmly denied by saying that he had to fulfill the other purpose in his life. Someday he will become very useful to certain someone. Pedro went to Toto Land to save Sanji with Luffy and his crew.

When they saved Sanji and destroyed the wedding cake, the escape was not possible as the territory was surrounded by Big Mom Pirates and generals. Pedro came up with a plan. He blew himself with explosives which helped Luffy and his friends get escaped from Whole Cake Island. The carrot was in ultimate shock because she was very closely connected to Pedro. However, Luffy didn’t run in the end and fought Katakuri. But yes, Pedro dies in the Whole Cake Island arc. You can watch him dying in Episode #849 of One Piece.

After the death of Pedro, Neckomamushi and Inuarashi lead the minks towards Wano to seek revenge with Jack and Kaido. They helped Straw hats in a spar with Animal Pirates. Currently, Minks are fighting with Jack and Animal Pirates in their Sulong form in Wano country. They beat down Jack in a recent episode, but Kaido saved Jack and jump in between the battle. Luffy is still finding his way to the outside, but Kaido’s man keeps him busy in battle. We are very close to the ultimate battle between Worst Generation and an Emperor.

Now the main question arises, Where to watch the show? There are many websites and platforms which allow us to watch One Piece legally and officially, but we prefer Crunchyroll because it has some unique perks. On Crunchyroll, You get access to thousands of other anime on a single subscription in the highest quality possible. It also supports simulcast, so you can enjoy ongoing anime hits directly from japan. If you still don’t want to pay for the subscription, Crunchyroll also supports ad-supported content so you can enjoy your favorite show in Standard Quality without paying a single penny.

Will Erwin Smith Die In Attack on Titan? The 13th Commander’s End

Top 30 Strongest One Punch Man Characters from Anime and Manga