Will Lust Die In Fullmetal Alchemist? The Fate and Death of the ‘Ultimate Spear’ 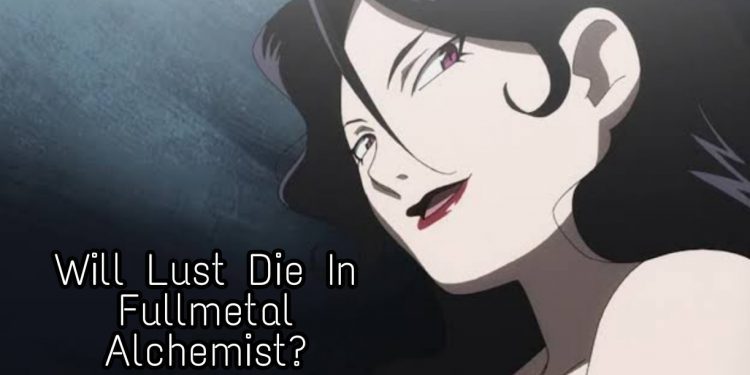 Will Lust die in Fullmetal Alchemist?

The list of antagonists in Fullmetal Alchemist is filled with wow factors. The anime brings forward intelligent, mysterious, and strong beings that make the anime look like a complete masterpiece. If we are to talk about antagonists in Fullmetal Alchemist, we need to talk about Lust. Being one of the first to make an appearance, Lust proves to be an exceedingly competent opponent who gives both the military and the Elric brothers a hard time throughout most of the anime.

The character is so much more than a sexy look or vicious claws. She is an embodiment of what a luscious yet strong threat would be like. Lust brings in trouble for the protagonists more than once. It is completely amazing how she pulls off all the plans so graciously. So will Lust die in Fullmetal Alchemist? With her strong progress, it seems like quite an impossible event.

Fullmetal Alchemist has several entertaining parts. While the comedy and action are great parts of it, it’s the mystery that keeps the viewers indulged. Fullmetal Alchemist Brotherhood aired in 2009, following the manga from word to word. Studio Bones took over the project and gave us one of the most entertaining anime to have ever been created. The anime is currently one of the most exciting anime of the decade. It displays an insane level of character development that any anime fan would love to be honest. For its versatile characters and exceedingly well-written villains, Fullmetal Alchemist Brotherhood is a highly recommended anime.

Will Lust die in Fullmetal Alchemist? Here is everything we know about the character and her ending.

Lust is one of the homunculi created by Father. Like the other sins, she carries a strict resemblance to the sin she carries in her name. However, rather than being lustful herself, she instigates the sin in others. At the beginning of the anime, she is often seen working the Father’s plans out with Gluttony by her side. Sadism is a common characteristic among all the homunculi, but Lust seems to show it a bit higher in amount than the others. Her sadism is greatly evident as she admits that she wanted to watch Mustang suffer and shows disapproval and disappointment as she mentions that she might not get to watch a scene as such.

She takes pleasure in tormenting her opponents, all the while remaining calm. Even in the worst scenarios, she often appeared calm and carried a certain amount of sex appeal in her appearance. She used the same to seduce others for her gain.

In addition to being physically appealing, Lust was also incredibly smart and clever. She carefully constructed her moves and worked on them to bring success to Father’s plans. Her hatred towards humans is also instigated quite a number of times. She based her hatred on the fact that humans were foolish beings and weak. Giving in to her hatred, she felt no apathy towards humans and, even worse, took pleasure watching them suffer.

Will Lust Die in Fullmetal Alchemist?

Yes, Lust will die in Fullmetal Alchemist. Lust was an interesting villain who made the show entertaining by multiple folds. Seeing her strengths, it almost felt like she might win over every battle. The character dies later in the story during the battle in Research Laboratory 3. As Barry and Mustang’s group search the laboratory, Lust appears. After some brief fights, Mustang uses his alchemy on her and incinerates her multiple times. He tries to find out her regeneration limit as he does so. Lust tries to attack him again, only to get burnt again. She reaches her limit and finally gives up. As she dies, she comments that she feels no regret in getting killed by Mustang.

Lust dies but reminds us that homunculi are indeed a strong bunch. She even gives the Elric brothers a hard time even after how strong they have gotten. Despite being a villain, Lust remains a character with one of the biggest fan bases in Fullmetal Alchemist.

Where to watch Fullmetal Alchemist?

Fullmetal Alchemist is a brilliant anime that is available on multiple platforms for viewers. You can stream the anime on Netflix, Crunchyroll, and Hulu.

Will Nezuko Kamado Die In Demon Slayer: Kimetsu no Yaiba?