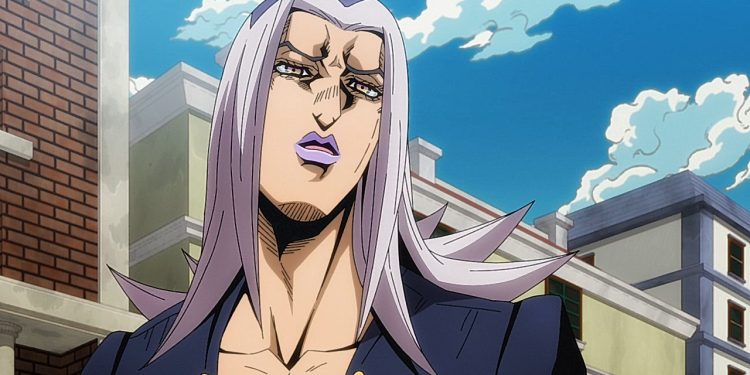 Leone Abbacchio is a significant ally in Vento Aureo. People adore Leone Abbacchio in Jojo’s Bizarre Adventure for a variety of reasons, and they want to know if he will die in the series. One of the essential reasons why he is liked is because he defies gender stereotypes and pulls off lipstick and costumes like no one else, which makes him more appealing. Abbacchio is a former officer who is now a part of Passione, and therefore Bucciarati’s crew. Bucciarati and Giorno Giovanna accompany him on their quest to safeguard Trish Una. Abbacchio is a Stand User who mostly uses his Moody Blues to assist the group’s investigation skills. Abbacchio appears to be a tall and slender man. He also wears black lipstick. However, it is shown as a light purple in the anime.

He’s dressed in a dark overcoat with no lapels and laces that cross his naked chest, dark bell-bottomed slacks, and black shoes. His belt buckle has a silver/gold symbol with the letter “A” on it. Leone Abbacchio is a solemn, resentful member of Bucciarati’s squad who is also committed. He promised to offer his life in the pursuit of justice as a police officer in order to keep the streets safe. However, the high crime rate among the inhabitants, their ungratefulness, and the numerous criminals who paid their way out of punishment corroded his sense of justice, and he began to take bribes, convincing himself that he was still keeping the city safe. Let’s find out if one of the favorite characters in JoJo dies or not.

Leone Abbacchio is a glum, resentful member of Bucciarati’s squad who is also committed. Abbacchio promised to dedicate his life to the pursuit of justice as a police officer, and he wanted to keep the streets safe. However, the high crime rate among the inhabitants, as well as their ungratefulness and the numerous criminals who paid their way out of prison, undermined his sense of justice, and he began to take bribes, convincing himself that he was still protecting the peace in the city.

However, he had to see his colleague being tragically murdered to rescue him when he failed to properly arrest the same man who bribed him because he was afraid of being exposed as a corrupt officer. Abbacchio grew depressed after losing his status and having to face the fact that he was a criminal like any other. He finally joined Passione, only feeling at ease when he was with the virtuous Bruno Bucciarati.

Abbacchio is devoted to his group’s task in order to absolve himself of or forget his previous error, as well as to distract himself from the recollection. After the tragedy that destroyed his career, Abbacchio is claimed to have given up on life, just being able to donate his body as a soldier type to promote his bosses’ ambitions.

When Abbacchio and Giorno first meet, he gives Giorno a teacup full of his own urine as a bullying method. Abbacchio confronts Giorno and expresses his contempt for the newcomer during their time together. He not only continues to be excessively critical of Giorno’s every deed and word, but he also refuses to have the Moody Blues perform in front of him since he does not trust Giorno with the secret of his Stand. Abbacchio is never involved in his teammates’ shenanigans. He does, however, take part in a few informal group talks on a regular basis, particularly around lunch. 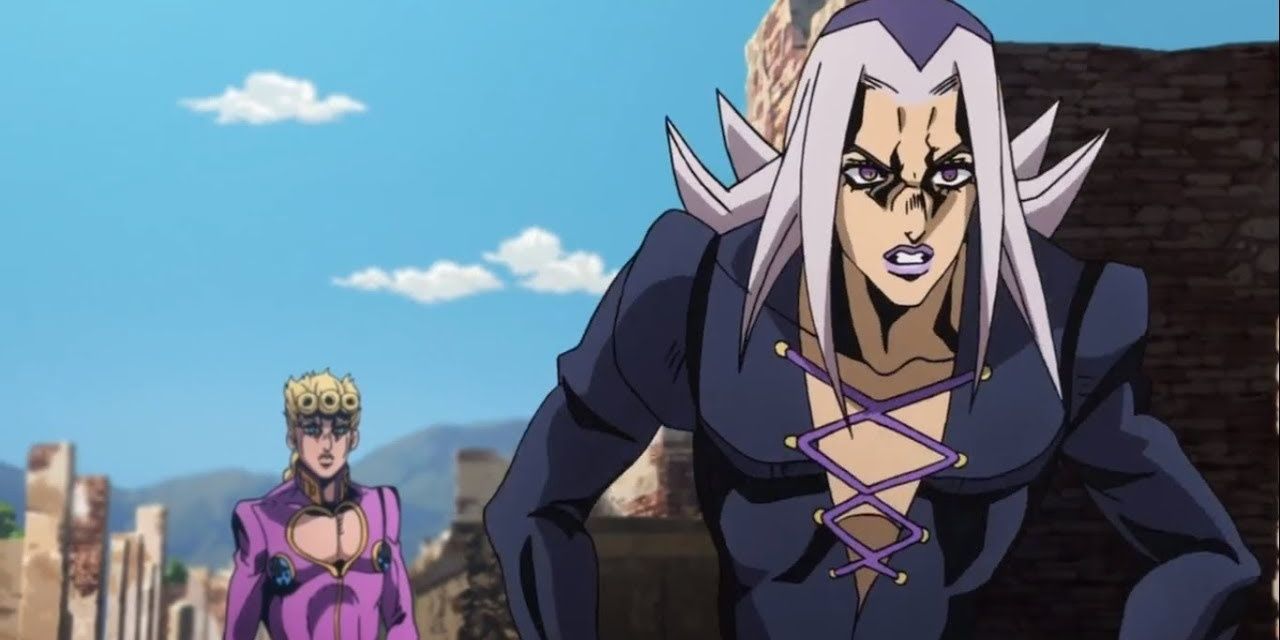 Yes, Leone Abbacchio will die in JoJo’s Bizarre Adventure. Abbacchio is defeated before he can even grasp what has occurred, identical to how Kakyoin perished. Abbacchio encounters Diavolo’s Stand, Emperor Crimson, while trying to figure out who Diavolo really is. Fans were disappointed by his passing, which came as a shock. Emperor Crimson is capable of erasing time and foreseeing the future. Diavolo uses Emperor Crimson to travel back in time and strike a hole in Abbacchio’s heart, instantly killing him. Abbacchio gets a fleeting peek at the Boss before being let to die peacefully as the Moody Blues fade away. The entire group is shocked when they discover Abbacchio’s body.

Odd Taxi Movie Announced: When will it Premiere in Japan, USA, UK, and India?