Does Tohru's mom die in an accident or was Kyo responsible for her death? 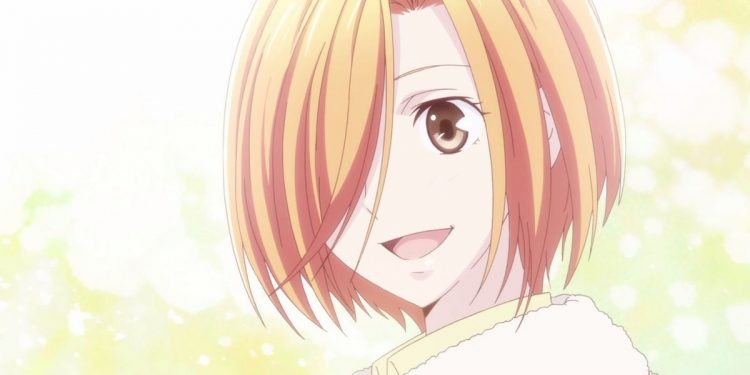 Kyoko Honda is Tohru’s mother, who appears in some flashbacks of the anime. Does that mean will Kyoko Honda die in Fruits Basket? She used to be a lonely and aggressive teenager who had a troublesome childhood. She had an abusive household and an association with a gang called “The Red Butterfly”. But meeting Katsuya changed her life, and he was like a ray of hope for her.

Katsuya, her husband, used to call her “Ms. No Eyebrows lovingly”. She had extremely selfish parents, which led her to grow into an individual with anger issues and blame everyone for her miserable life. But soon, she met Katsuya, who treated her with love and care, which changed her perception of life. Henceforth, she became more conscious about her actions and an optimistic woman who wanted her life to be her own. She had a brave smile on her face.

Kyoko was emotionally intelligent and a mature person, who had struggled a lot in her previous stages of life, so now she was experiencing all the pain. Due to her loneliness, she could easily detect others’ loneliness, like Kyo’s and Arisa’s. She could easily empathize with others and accept them for who they are. She was a loud, cheerful woman with a loving yet sassy personality, which made her easy to get along with anyone.

Also Read: Will There Be A Fruits Basket Season 4?

Yes, Kyoko Honda will die in Fruits Basket. One day, Kyoko Honda was going early to her office. She was standing at the traffic junction, not realizing that Kyo was behind her. Kyo was doubtful if he should be approaching her or not. Suddenly, a car moved towards Kyoko, and Kyo saw it. He wanted to pull her back, but he was afraid that’d reveal his curse, and he’d turn into a cat. Soon, she was run over by that car and started to bleed heavily. She was afraid to die early because Tohru would be left to be an orphan.

That’s when she recognized Kyo and said, “I’ll never forgive you” instead of expressing that “You’ll have to keep your promise or I’ll never forgive you,” the promise was that he’d protect Tohru forever. The wrong way of putting the sentence made Kyo run away with guilt. Before Kyoko passed away with excessive blood loss, she reminisced all her happy memories with Tohru.

Then after her death, she seemingly returned to her middle school self, where Katsuya walked towards her, and Kyoko started to cry tears of joy, thinking she had led a great life. Tohru’s favorite person was her mother, Kyoko and she loved and missed her after her death. Later on, she started living with Katsuya’s father, who was Tohru’s grandfather. Tohru gained all the emotional intelligence from her mother, and this helped her to reach out to Akito Sohma and eventually break the Sohma Curse.

How was Kyoko’s early life?

Kyoko was a neglected child, which made her fall into the wrong crowd, which is, in this case, a kamikaze gang. She became a delinquent because she was lonely and wanted a place to belong. Knowing this, her father was angry and often used to physically and verbally abuse her, while her mother just wondered why she had turned this way instead of trying to help her. Overwhelmed by this toxic environment, she often used to ride out on her bike at night. This eventually led to her nickname “The Red Butterfly”.

How did Kyoko and Katsuya meet?

When Kyoko was in middle school, Katsuya was a trainee teacher there. Kyoko was lashing out violently because her teachers attacked her. That’s when he came to talk to her, and she said everyone should die. Eventually, he saw her loneliness and traumatic childhood and realized that she just wanted to be accepted in the world. She needed love and care to grow into a healthy person. Hearing this, Kyoko broke down into tears. Soon, they began to hang out during breaks, and his trainee period ended.

Just a bit before his trainee period ended, Kyoko told him that thanks to his influence, she wanted to become a better person and study properly. She realized that she had fallen in love with him and tearfully bid him goodbye. She wanted to leave her gang, but they beat her up so that she couldn’t give her high school exams. Kyoko was very upset and hospitalized when Katsuya confessed that he fell in love with her when she cried about being so lonely. They had a beautiful connection and shared their first kiss. Soon, Tohru was born, and they lived happily till her husband died.

How did Kyoko and Kyo meet?

When Kyoko and Tohru moved to a new apartment, Kyoko found a job. That’s when she met Kyo, who was arrogant due to his loneliness, which Kyoko recognized. She used to call him “little squirt” and interacted with him often. They both had similar hair colors, and Kyo reminded him of her childhood. Kyoko empathized with Kyo about his parents as well. This made him feel like she was a ray of hope in his life.

One day, Tohru got lost, and that’s when Kyo promised Kyoko that he would protect Tohru. He went searching for Tohru for the whole day. But Kyoko informed him later that Tohru had already been rescued by another boy, who had a hat. Kyo was angry because it was Yuki Sohma, and he called him a “bad guy”. Kyoko insisted that he shouldn’t spend his time fixating on making someone the bad guy when he was such a cute child himself. That’s when Kyo thought she had betrayed him and never saw her again, till the day of her death.

Also Read: Fruits Basket: Who does Yuki Sohma End up With?

20 Illumi Facts That You Might Not Know From Hunter x Hunter!

Where Is Tombstone Filmed? All About the Production of Classic Film