Kaguya was one of the major antagonist of Naruto Shippuden series who altered the reality to achive her goals. 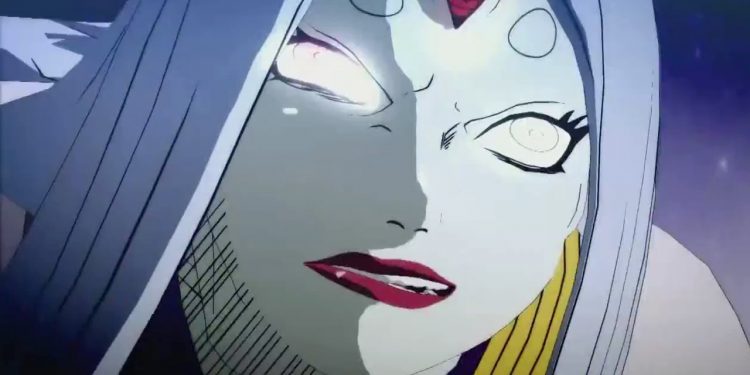 Kaguya was the main villain of the Naruto Shippuden series and was the founder of Chakra. She was the mother of Sage of the Six Paths and tried to gain control of all the Chakra. In the past, she was defeated by her own sons, Hogoromo and Hamura, and sealed so that she couldn’t become a threat for the generations to come; however she left her creation, aka Black Zetsu to revive her someday. Black Zetsu altered the events and eventually revived her in the end. She gave tough competition to Naruto and Sasuke and also killed Obito. But in the end, she was sealed by Team 7, and this is how they saved the shinobi era to vanish.

Naruto and Sasuke both lived their own lives in Naruto Shippuden anime. They both fulfilled their own dreams, achieved their own goals, and finally met in the fourth Shinobi war. The war brings them close, but their hearts connect only after the fight at the final valley at the end. Naruto taught us the way to achieve our dreams. It taught us how the goals could be achieved even if the conditions are at odds. The legacy of Naruto, i.e. Boruto, is still going, and it is expected that Kaguya will make an appearance in this series too. So let’s discuss what we think about this point, and is there any possibility for her to return? Let’s find out.

Will Kaguya Otsutsuki Die In Naruto?

We know that Otsutsuki’s lifespan is nearly immortal, and they can’t die a natural death. They can be killed as well as sealed by the one who has the same bloodline powers. In Naruto Shippuden, Kaguya wasn’t killed by team 7. She was sealed by Naruto and Sasuke. Recently in Boruto, we discovered that Otsutsuki always comes in pairs on Earth, and the one who accompany Kaguya was Isshiki. After the defeat of Isshiki, it is very unlikely that Kaguya will get revived again until and unless there will be a reason to revive her. So it is highly unlikely that she will get killed in Boruto.

Let’s take the worst possible case scenario, even if she gets revived in Boruto by Code or anyone else, she will become a huge problem for Konoha as Naruto and Sasuke, the major protectors of the Leaf already lost their signature powers in the battle with Isshiki. So this will push Boruto and others shinobis to surpass their limits to face off Kaguya. The winning probability of Boruto and his team will come to edge, and Konoha might face another destruction, but still, the possibility is highly unlikely, and we hope Boruto and others become strong to face off this possible scenario.

We just talk about how major threat Kaguya Otsutsuki possess to the entire Shinobi era, but what are her actual powers? What can she do with her abilities? Let’s find out.

As she was a celestial being, she possessed powers that can’t be compared on fingers. She had Rinne-Sharingan, which is the most powerful dojutsu to date. As she was the mother of Chakra, she had infinite Chakra and interspace, dimensions, and other deadly abilities. She was able to use Chakra rods which even killed Obito Uchiha. She could control gravity on her own will as well as dimensions and other ninjutsu. So these were the powers Kaguya Otsutsuki had.

Where To Stream Naruto & Boruto Anime?

After knowing all the details about Kaguya, the final questions that raise in our minds are, Where to watch the actual anime? So if you want to watch Naruto, Naruto Shippuden as well as Boruto with weekly episodes, you can prefer Crunchyroll. Crunchyroll allows you to watch tons of anime on an effective subscription however, if you don’t want to pay for the subscription, you can still enjoy the show with ads in standard quality because Crunchyroll supports ad-supported content. So it’s a win-win situation. We highly recommend you to prefer only legit sources because it supports creators financially and motivate them to work even harder.