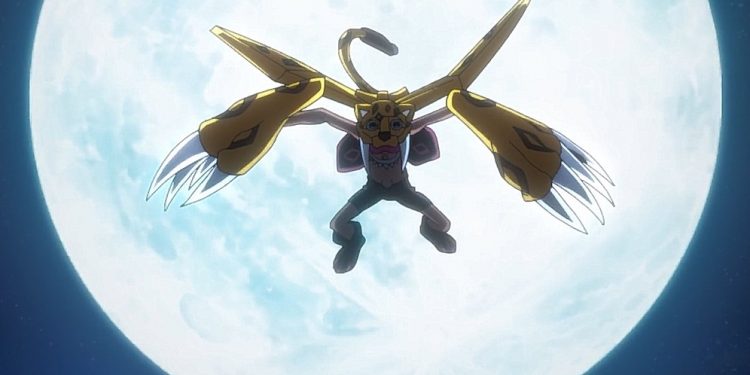 Team Hao vs. Team Yoh begins in Shaman King (2021) Episode 38. Team Hao cornered Asakura Yoh, but Team Yoh arrived before they killed him. Golem finds that Hao can consume 330000 Spiritual power in one go and has a Mana of 1,24 million. Redseb wonders if his father can see him since he is fused with the Golem. Horohoro realizes that the guy inside the Golem is the father that Chocolove killed on the night of Christmas. In the recent episode of Shaman King (2021), Asakura Yoh reveals that Redseb’s father is what they call an earth-bound spirit.

Horohoro wonders if Hao left the battle because of his past with Matamune, and he is glad that they don’t have to fight. Rin says that Horohoro is excited since he would be the first to be taken out by Hao. Horohoro gets angry that Rin considers him as a weakling. He wanted to brawl with Rin and make him eat his words. Asakura Yoh sits on the ground and realizes that they are saved. He falls unconscious and tells Rin and the others to take care of the rest. The Golem rose and decided to fight with Team Yoh.

Asakura Mikihisa heard an explosion and realized that he had met with Camel Muntzer in the past. The two become best friends during mountain camping. One day  Camel told Mikihisa to take care of Golem and his kids if something happens to him. Mikihisa believes that Yoh will stop Golem. Horohoro and Rin wake up at the battlefield after the explosion’s smoke clears and wonders where everyone is. They heard the voice of Camel telling them to replenish the Golem’s mana with their souls. Lyserg uses the X-Laws robot and flies with Team Yoh away.

Lyserg reveals that they can’t fight with Golem since Redseb’s sister is inside. Horohoro wonders what they must do, and Lyserg tells them they can run. In the forest, Anna continues her journey and talks about Yoh’s scar given by her Demon. Anna also reveals the final key to defeating Hao. Horohoro notices that Golem is chasing them. The team wonders how they will deal with Golem. Redseb apologizes for bringing Golem, and Ren tells him to take responsibility. Horohoro wonders why Ren has to be that cold. They realize that Golem is not attacking them since they are with Redseb.

Redseb realizes that he can talk with his father and stop the Golem. Ren told Lyserg that he would act as bait, and Lyserg would take everyone away. Redseb tries to talk with his father, but Camel can’t hear him. Camel says that he will become the Shaman King. He attacks them with a laser beam, and Chocolove arrives using Wind of Laughter to deflect the attack. Chocolove remembers hows he trained hard to return to the human world. But he knows that he cannot erase his crimes, and he has to stop Golem.

Shaman King (2021) Episode 38 will be released on 30 December 2021. Chocolove unleashes Over-Soul Mic in Jaguars and also uses Doble Over-Soul Jaguarman. Jaguarman uses Explosive Beast Spin: Jaguar Slice against Golem, who survived that and fought back. Chocolove realizes that he has to stop Golem even though it might take his life. Anna arrives and stops the fight with a single blow. Shaman King (2021) Episode 38 official details.

Also Read: Ruti Defeats Sacred Avenger In Banished from the Hero’s Party, I Decided to Live a Quiet Life in the Countryside Episode 13.