Asuka Sohryu Langley is a fictional character in the anime show known as Neon Genesis Evangelion and acts as its key female character and protagonist. 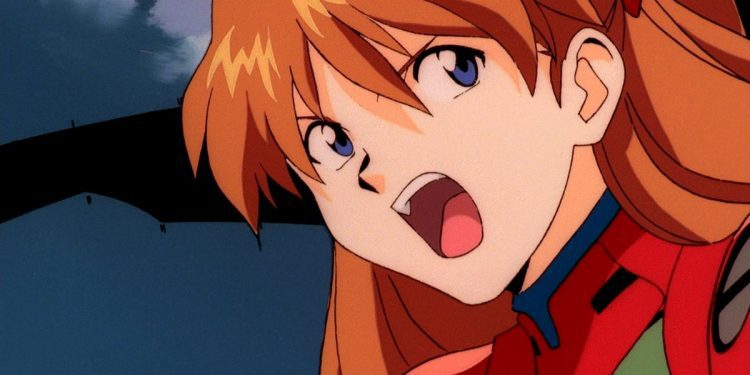 Since its release in 1995, the anime series Neon Genesis Evangelion has become such a hit that its Wikipedia entry refers to it as a “cultural icon.” It’s a mecha thriller with psychological themes about teenagers who are recruited as pilots to control special robot mecha weapons known as Evangelions, or Evas for short, in a war against mysterious aliens knowns as angels. They were heavily influenced by the Bible, but they are not biblical in the traditional sense. The events of the anime take place 15 years after the Second Impact, a global cataclysm whose nature is revealed throughout the series. One of the important characters in the series is Asuka, who fans of the anime are wondering will die in the Neon Genesis Evangelion.

Creator Hideaki Anno’s concentration on the psyches of the characters and what makes them all tick makes the series incredibly interesting. Shinji, the main character, struggles with his sense of self-worth, which causes him to be hesitant to get into his robot. For context, his father is a callous jerk who is also the man in charge of building the Evas. Similarly so, all of the other Eva pilots are having similar problems in their personal lives.

Who is Asuka Langley Sohryu?

Asuka Sohryu Langley is a fictional character in the anime show known as Neon Genesis Evangelion and acts as its key female character and protagonist. She is 14 years old and the second child of the Eva project and the pilot of the Evangelion Unit-02. The character designer, Yoshiyuki Sadamoto, revealed that he “initially designed an Asuka-type girl as the protagonist character” but feared it could be too similar to past anime he and Anno had worked on.

Asuka is a very proud individual for her piloting skills and is also a very strong-minded girl. She knows that she is beautiful and thus has high opinions about her attractiveness and skillful piloting. Asuka is obstinate and has difficulty expressing her actual feelings to others. She dislikes being looked down on or told what to do since she wishes to be treated as an adult. She is assertive and has strong opinions.

This personality, however, is a mask that covers a sensitive and insecure girl. Aside from that, the observer sees in her dreams or thoughts. She is frequently violent and invades other people’s space, particularly Shinji’s. She also has a strong urge to be self-sufficient and has a tough time dealing with her self-perceived failure when she does require assistance.

The creator advised Anno to change the main character’s gender to a boy because most mecha animes had a male protagonist. In the original idea for the character, Asuka was defined as “a determined girl” who adjusts to her situation, is passionate about video games, and “aspires to become like Ryoji Kaji.” She would have had to be gravely hurt in the twentieth episode to protect Shinji, who would then have “proven his worth” by attempting to save her. Sadamoto and Anno working on the anime came to the conclusion that pretty Asuka would make a good protagonist and an idol in the Evangelion world.

Asuka would have had to be gravely hurt in the nineteenth episode to protect Shinji, who would then have “proven his worth” by attempting to save her. Shinji finally attempts to choke her, and many assume he chokes her to death. However, if you’ve seen the subbed version, you’ll know what we are talking about. She describes him as nasty after the choke attempt. It’s tough to notice in the dub version because the voice is so dark. She was reduced to a very horrible situation, suffering from a mental breakdown, and was discovered in the bathtub of a wrecked home. She appeared to be dead and feeble.

Is it true that Asuka was slain at the end of Evangelion? Yes. During the major fight with Mass Production, Evas Asuka is slain. Shinji subsequently begins Instrumentality, and the souls of everyone on Earth are extracted. This is the big scene with Komm playing in the background. Shinji later discovers that Instrumentality is harmful and changes his ways. This is the moment Giant Naked Rei passes away.

Following that, Yui says something to the effect that any living creature who chooses to return and be revived can do so if they can recall their physical shape. That’s why, in the end, Shinji and Asuka are on the shore since they’re the ones who learned the quickest that life is worth living despite the pain, and so are the ones brought back first.

Is Emma Watson Engaged? Is Harry Potter Actress Dating Someone?