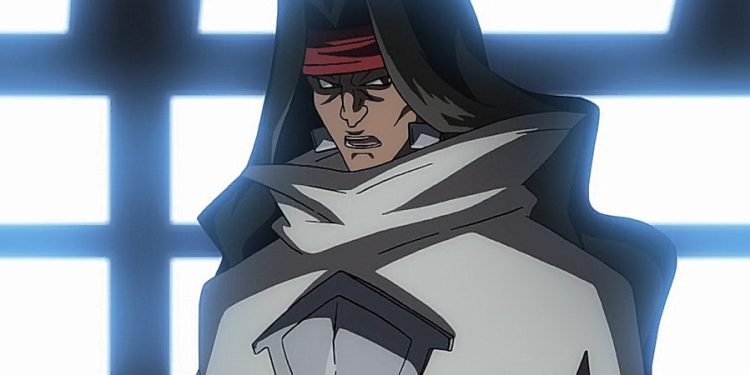 Shaman King (2021) Episode 39 reveals the former leader of the X Laws, and Yoh rejoins the Shaman Fight. The officiants learn that 39 out of 96 Shamans can continue with the Shaman Fight. They know that some Shamans will retire out of fear since Hao’s force continues to hunt souls. Kalim also had his say, and the officiants wondered if he wanted what he said to be condemned. Shaman King’s (2021) latest episode reveals Magna and Nichrom telling Kalim that the strongest will remain, and it will be an interesting Shaman Fight. Goldova wonders what Magna and Nichron plan to do.

Nichrom reveals that he talked about the traitor and their Patch’s treasure, Silva’s Five Grand Elemental Spirits. Silva is arrested somewhere, and Nichrom thinks they should get rid of Silva since keeping him will affect the other Patch officiant’s duties. Goldova accepts since she knows nothing and thinks Blon and Reinim can watch over Silva’s rehabilitation. Kalim wonders why Goldova has to be cold at Silva. Goldova replies that it is no good or evil since their principle allows them to do that to Silva. Meanwhile, Yoh and Manta relax talking about Gandhara’s match, but Ryu told them he finished the repairs.

Ryu believes that Sati is beautiful and might be more powerful than Hao. Opacho arrived and told the trio to stop fooling themselves since Lord Hao would win the Shaman Fight. Opacho asks Yoh to stop fooling around and join Lord Hao. Manta was surprised by how Opacho reached there and asked her why. Opacho reveals that she is doing her duty. Ryu thinks that they can take Opacho hostage and make Hao angry. Opacho uses Over-Soul Hair In Mama and smashes Ryu, who falls inside the river.

He decided to fight, but he was worried that he had left his Oracle Bell down by the riverside. Anna arrives, gives Yoh his Oracle Bell, and tells him to be more careful. She scolds him how he dares to quit the Shaman Fight without telling her. Asakura Yoh apologizes, and she reminds her that she is the wife of the future Shaman King, Asakura Yoh. Anna is impressed that Yoh did a noble thing and saved Ren’s friend in need. She told him not to regret it. Opacho hears everything and realizes that she has to report to Lord Hao.