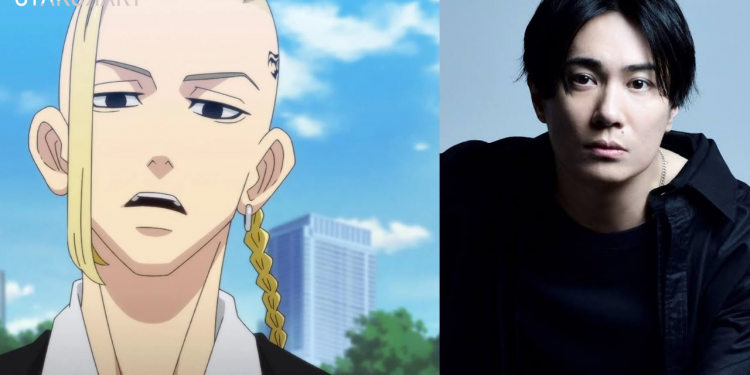 Tatsuhisa Suzuki will no return for Tokyo Revengers season 2.

While 2021 might have been an incredible year for several anime fans, it wasn’t particularly kind to others. One such personality who is going through quite a tough time is Tatsuhisa Suzuki, the Japanese voice actor and husband of popular singer, LiSA. After the terrible controversy proving Suzuki’s infidelity, the voice actor has been facing waves of hate from LiSA’s fans. But things have been worsening for him as the voice actor has been losing all of his big roles following the big reveal. In the most recent update of Tokyo Revengers, the voice actor of Ryuguji Ken has been announced to be changed.

In August 2021, Tatsuhisa Suzuki was spotted coming out of a hotel with a fan. Following the big scandal, he was accused of cheating on his spouse LiSA. The couple announced their marriage in January 2020 and were called the power couple of the industry. This incident was followed by both the artists going into hiatus and Tatsuhisa Suzuki attempting suicide. He survived, but things haven’t been going too well for him currently.

Tokyo Revengers season 2 was recently announced, and fans are rejoicing its return. Ryuguji Ken is not only one of the major characters of Tokyo Revengers, but he is also extremely popular among fans of the show. His bad-boy persona with a mind filled with honor and righteousness has won several hearts. Tatsuhisa Suzuki voiced the character in the anime adaptation’s first season. However, the production staff revealed that the voice actor of Ryuguji Ken would be changed. The new voice actor of the characters is yet to be announced.

LiSA’s agency revealed that the couple is currently trying to work things out among themselves, giving their marriage another chance. Amidst this conflict, Tatsuhisa Suzuki previously also lost his lead role in Misfit of Demon Academy and Ultraman.

To make matters worse, his band, OLDCODEX, is also soon disbanding. The band debuted 12 years ago and will mark the theme song of Free! The Final Stroke as their last project.

Clearly, fans of both LiSA and Suzuki are infuriated with the latter’s action. The speck in his reputation is clearly showing, once again proving how fragile life under the limelight can be.