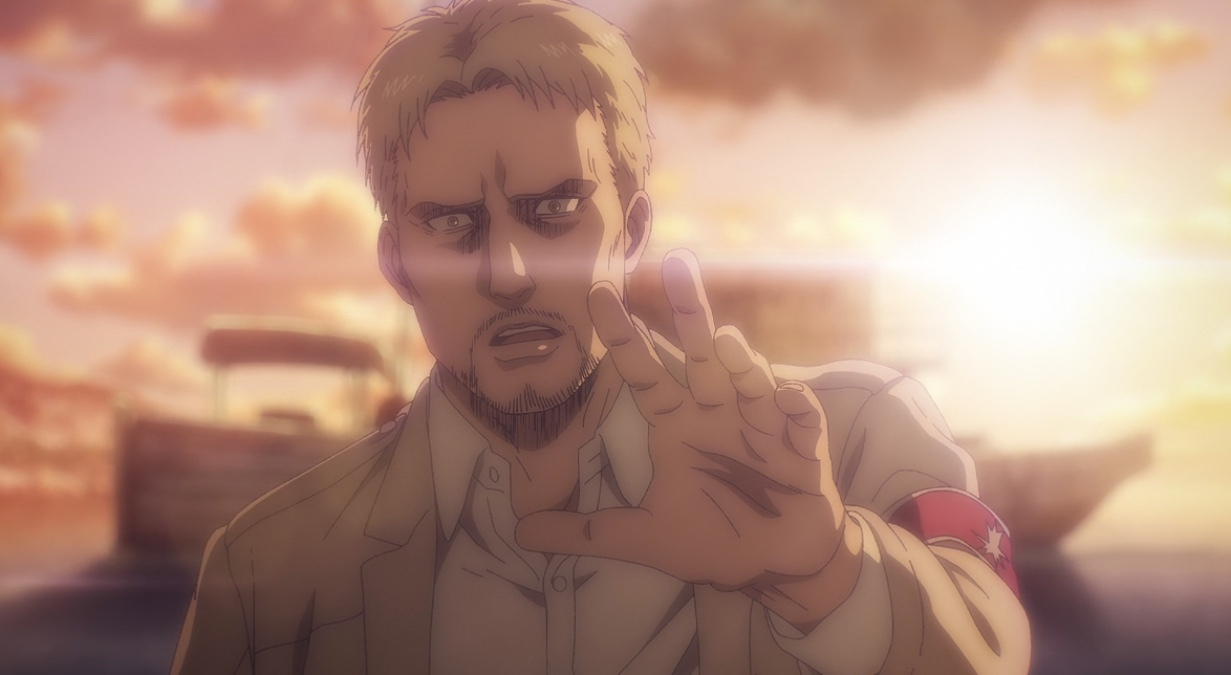 Attack on Titan, an anime everyone is talking about right now. AoT has some of the biggest fan followings in the world. The anime is based on Hajime Isayama’s manga of the same name and has shown steady growth in quality over the years. The show follows the story of Eren, a boy who lives in a world shared by humans and giant humanoids called Titans.

Titans have existed ever since Eren can remember. They are a threat to humanity because all they do is eat humans, seemingly for no reason. The people of Paradis Islands have been safe from Titans for years now, but when the mysterious Colossal and Armored Titans appear, their peace is disrupted. They break through the walls and enter the city of Shiganshina, devouring thousands, including Eren’s mother.

He vows to destroy all Titans and joins the survey corps famous for setting foot out in the world, discovering secrets, and slaying Titans everywhere they go. Attack on Titan has finally started airing its 4th and final season, and a lot of new things are coming up. The season has a lot of new outlooks. One of the major changes in this season is that we get to see a lot of the story from the perspective of Marleyans. And from these, the highlighted character is, you guessed it, Reiner Braun.

Reiner’s tragic backstory had been revealed in the 4th and 5th episodes of this season, and this gives us important clues as to how he will be even more crucial in the season than ever before. So, let’s analyze Reiner’s role in AoT season 4.

Also read: How Will Attack on Titan Manga End. 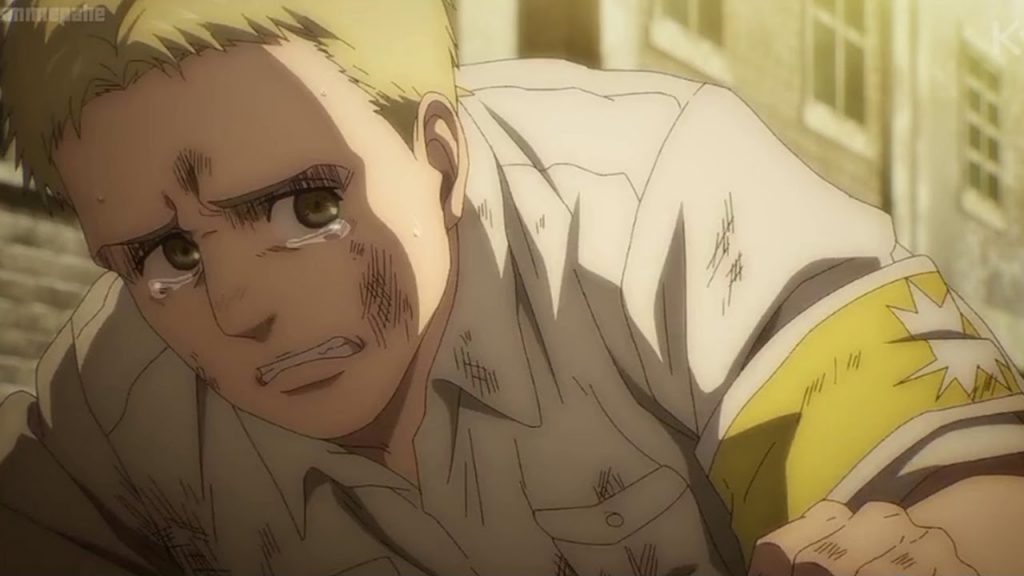 Reiner as a Child Soldier

Just like Eren, Reiner has also had a terribly tragic backstory. He persevered as a child soldier risking his very life all so he could inherit the Armored Titan. Why? Because Reiner and his mother had been separated from his father long ago. The only way to unite them is by earning the favor of the higher-ups. He perseveres and finally earns the Armored Titan. All so he could meet his father, who wants nothing to do with him or his mother.

It all felt like he did so much for nothing. A key parallel characteristic about Reiner is that he never gives up. We have seen Eren as the protagonist this whole time, but in truth, Reiner’s character feels just as much power when it comes to sheer willpower. At the time when Marley sent them to attack Paradis, Reiner lost important teammates on the way. And yet, he chose to move ahead. After attacking Paradis and infiltrating it successfully, he still ended up losing Annie and Bertholt.

Reiner walks around with all his guilt, knowing his teammates sacrificed themselves for him. He is always the last survivor. Reiner could have died any one of those numerous times. Why has Isayama kept him alive?

The truth might be much more simple than many imagine. Attack on Titan is an anime that does not shy away from killing off its characters. Reiner is a key character who has survived countless times, just like Eren or anyone else who survived this deeply traumatic world. This could mean that the one standing in Eren’s way, in the end, will be Reiner himself. Think about it.

Which character has persevered in spite of all? It was Reiner, albeit from the opposite side of Paradis. Who is that one character who started this whole thing by pushing Eren in the right direction? Again, it was Reiner. It is true, not much has been revealed about how things will play out towards the end of the show. With Gabi and Falco Grice both chosen as candidates for the Armored Titan, it may be that Reiner might ultimately be killed. However, even if that happens, his death would mark an important turn in events. 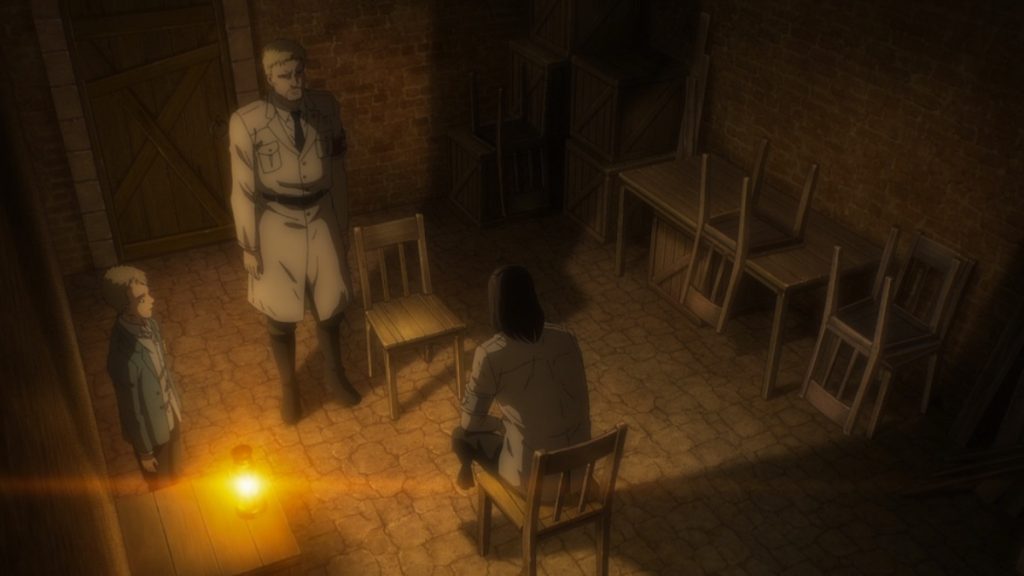 Reiner has come very far. Both metaphorically and literally. It would certainly be sad if this deeply tragic character was killed off in a grave and undeserving way, much like Ymir. But we doubt that will be the case. We believe Reiner would turn the tide around. His philosophies stand out from Eren’s. While Eren is looking to commit mass genocide, thinking it’s the only way. Reiner believes it is best for their race to die so that the curse of Ymir can finally be broken. Do you see what we see too?

While an argument about right or wrong is difficult with this situation, one can easily see how Eren has the thought process of an antagonist. So what happens when the heroes become the villains? Does this mean that Reiner has been the real savior this whole time? We certainly think so.

This remarkable contrast between Reiner and Eren is what makes us believe that they’ll be facing off against each other in the end. As to who is right about their philosophy, we leave that debate to the viewers.

You can watch Attack on Titan right on Crunchyroll.

Do you agree with this idea? Do you think Reiner is the actual savior? Let us know in the comments.