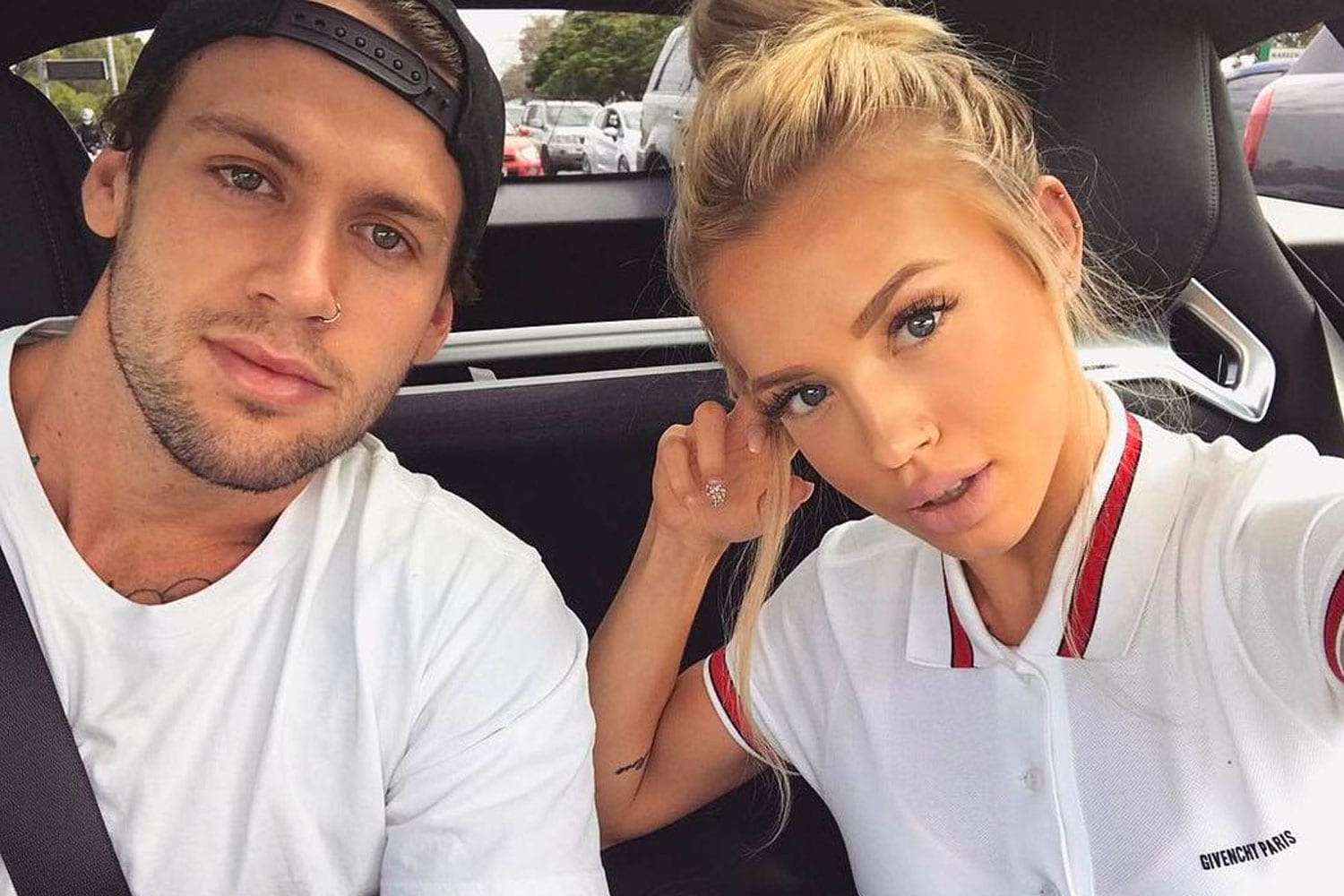 The famous duo – Tammy Hembrow and Reece Hawkins were the inspiration for younger couples. They termed out a perfect couple of goals through their Instagram posts. Both of them, being popular social media personalities were nice-looking couples. Just like their personal influences, The couple’s dating life hit the internet and made them a hyped couple. But their split in the year 2018 after having two kids together turned out to be a mess. Similar to their relationship, the couple’s breakup has got hyped.

Tammy Hembrow is a fitness guru and posts various fitness videos and hacks on her Instagram account. Similarly, Reece Hawkins is a social media influencer. Hawkins is also a personal trainer. Both of them are internet sensations. This resulted in the popularity of their dating life as well. Hembrow is a mommy blogger with 12.3m followers on Instagram. He became popular through the posts related to her pregnancy. She showed her bodily changes pre and post-pregnancy. Meanwhile, Tammy taught her viewers how to re-gain their original body post-pregnancy. This made her gain her share of popularity. 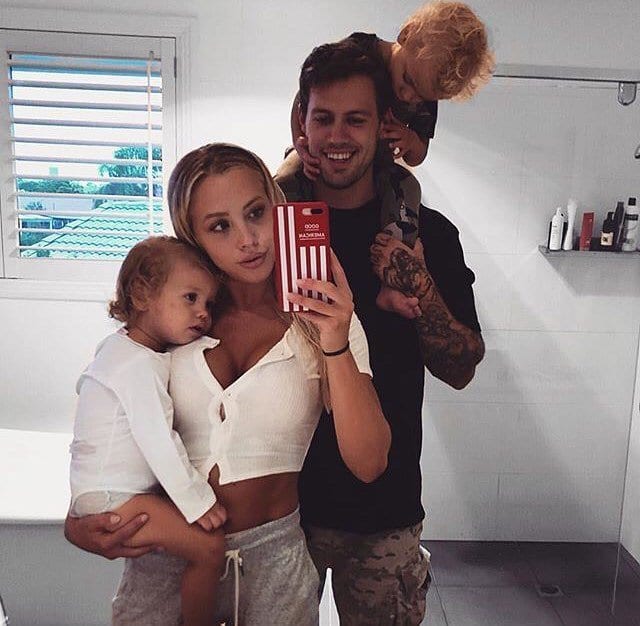 Tammy and Reece with their kids

Likewise, Reece has over 805k followers on his Instagram account. The fitness enthusiast was much in the news when his split with ex-fiance Tammy Hembrow surfaced on the internet. Since the news came out in 2018, both have been a constant topic of discussion. Netizens are keen to know more about this topic. Here’s what Otakukart knows about the issue.

Why did Tammy and Reece break up?

The duo has made public comments about each other since they split in 2018. Many of them were bad, enough to be kept aside from the whole world. Tammy and Reece were engaged and share two children- a five-year-old son Wolf and a three-year-old daughter Saskia. Reece had made various remarks about his ex-fiance through his YouTube videos, which he later regretted. As for the reason behind their split, nothing was made clear. There were speculations about the couple fighting over the usage of Reece’s Range Rover. But the things were much more complicated. 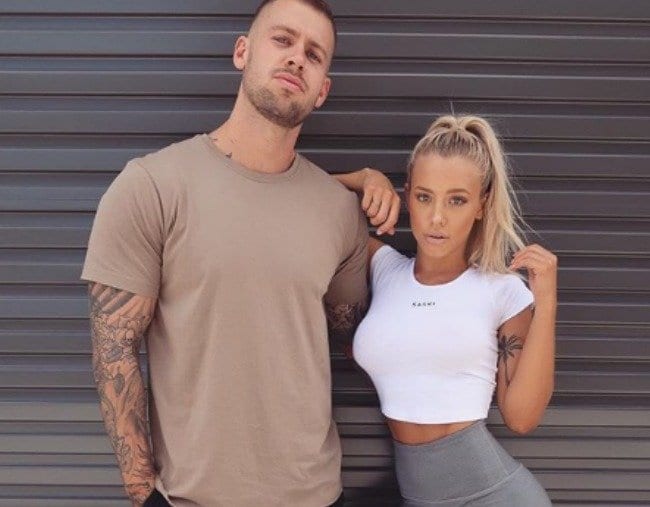 They made their feud public and often commented through YouTube videos and Instagram posts. Although there were rumors of Reece cheating on Tammy, the latter cleared it, calling it a disgusting way of talking about two people. She made it clear that it was their personal decisions based on their behaviors and choices. After a few months of public hatred, Tammy expressed his grief and regret of speaking badly about his children’s mother. He apologized through his YouTube video and stated that this hatred was creating a bad influence on their kids. 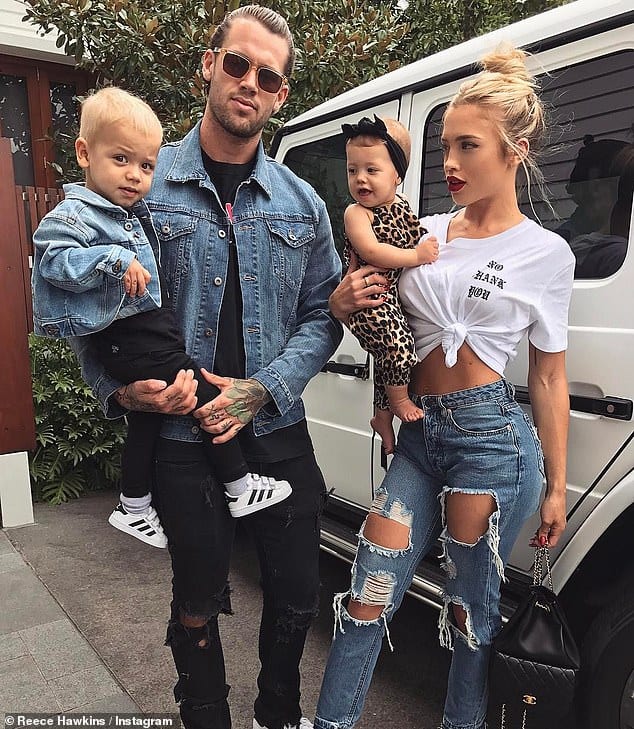 Duo is on good terms for the sake of their kids

Tammy revealed that he and Reece were on good terms, and it was not as bad as it was initially. They were connected through calls and texts and decided to take care of their kids alternatively. In various Instagram posts, the duo was seen co-parenting the kids. After the split, Tammy was seen dating Australian Surf Ironman and restauranteur Matt Poole. Meanwhile, Reece has been dating American model London Goheen.

More about Tammy and Reece

Tammy Hembrow is one of the most popular social media influencers hailing from Australia. At the age of 27, she has managed to make her name known on the internet and has 12.3 million followers on Instagram with 3,085 posts. She has 1.32 million subscribers on her YouTube channel where she features her fitness videos and vlogs. Similarly, Tammy has done sponsored posts on her Instagram account for companies like Teami Blends and Protein World. Tammy owns two companies, a fitness company which goes by the name ” Tammy Hembrow Fitness”. Similarly, a fashion label titled “Saski Collection”. 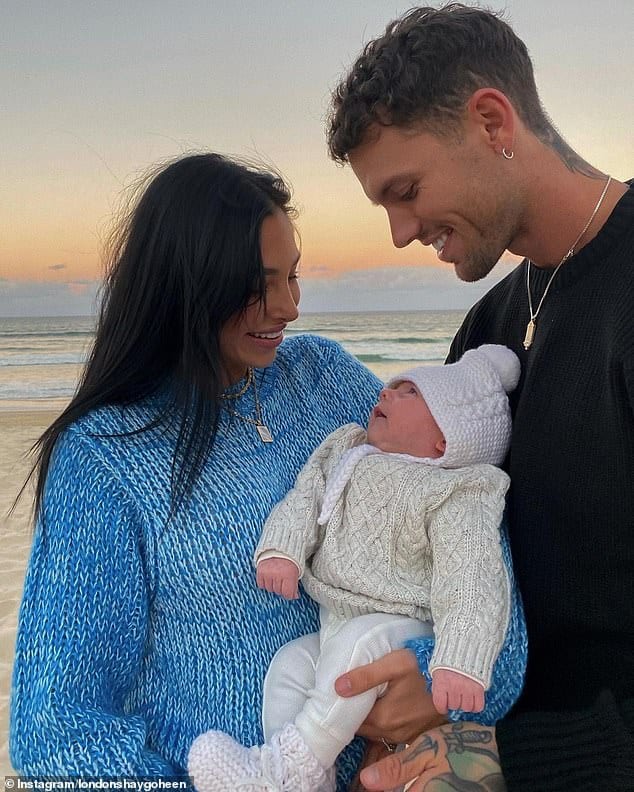 Reece welcomed his son Stone with his wife London Goheen

Meanwhile, Reece Hawkins gained his share of fame when he was seen documenting his relationship with Tammy on his Instagram account. He is a physical fitness enthusiast, and his posts are filled with workout sessions. He hails from Bondi, New South Wales, Australia. The 26-year-old Instagram star was born on April 28, 1995. After his split from his four-year-long lady love Tammy, Reece dated London Goheen. The couple secretly married and welcomed their first boy, Stone on March 7, 2021. Goheen shared the news on Instagram with a post where she was seen holding their son, alongside husband Reece.

Also Read: Safaree Samuels Divorce: Why is He Separating From Erica Mena?