Ashanti Reveals Her and Ex-Boyfriend Nelly Have Never Spoken or Seen Each Other Since 2013 (Source: All About Laughs)

Want to Know Why Did Nelly and Ashanti Break Up? Read this article. After the 1990s, hip hop and R&B had a tough act to follow in the 2000s. Ashanti and Nelly’s success, however, demonstrated that the next generation of musicians is no slouches either. Ashanti and Nelly’s relationship rose to fame in the music industry, and when they announced their breakup after several years together, the world was astonished.

In the latest round of the music war, which took place on Tuesday, September 14th at the Hulu Theater at Madison Square Garden in New York City, a number of rappers joined Fat Joe and Ja Rule. Both the ‘Always On Time’ singer and the ‘Hot in Herre’ rapper made an appearance at the event, and social media has taken notice. As soon as “Country Grammar (Hot Sh*t)” was released as a song in 2000, Nelly’s solo career really took off. Later that year, Nelly released his debut album, which helped establish him as a star. To date, the album has sold over 10 million copies, making it one of the few hip-hop albums to be awarded the RIAA Diamond certification.

Ashanti’s career was off to a good start from the get-go. Ashanti’s first two singles were collaborations with Fat Joe and Ja Rule, and “What’s Luv?” and “Always on Time” topped the Billboard Hot 100 chart, making her the first female singer to do so.

Why Did Nelly and Ashanti Break Up

Every fan asks this question: Why Did Nelly and Ashanti Break Up. So, we will open the pages of their life and explain why they broke up. After the separation, the two kept silent. Two years after their breakup, in 2015, Ashanti gave her first clue on The Meredith Vieira Show. “I think people might act out of character when they are afraid of their own vulnerabilities,” she remarked. He sighed, “I’ve been duped!” 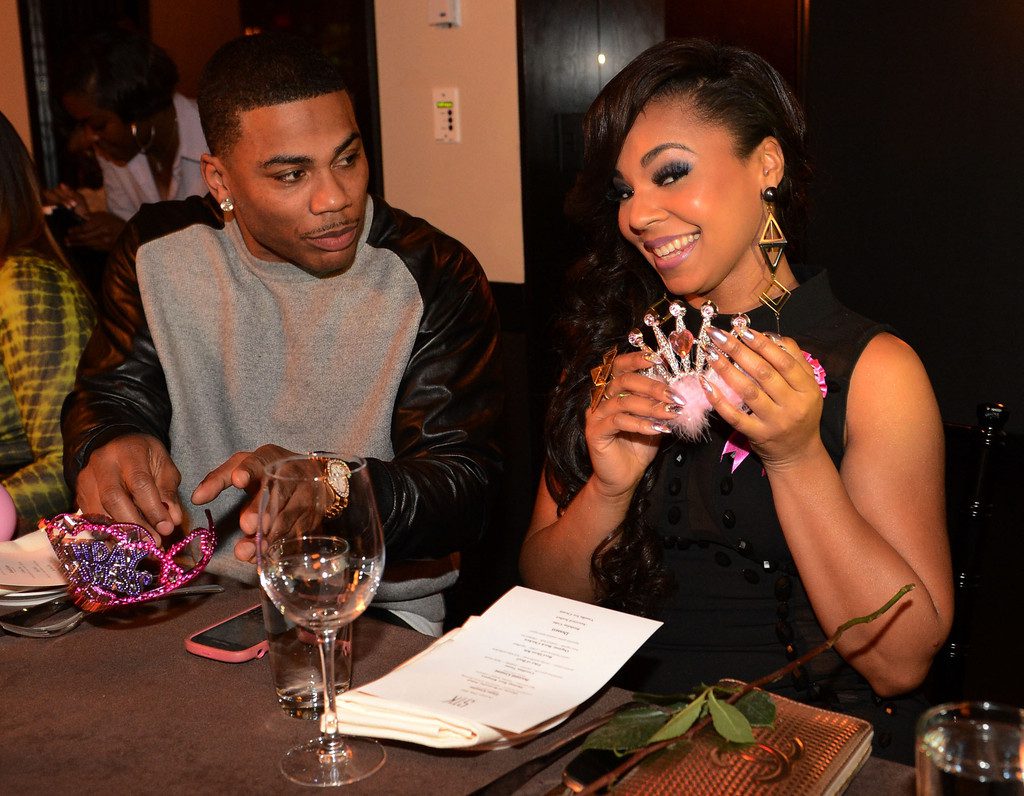 “I’m not a fan of cowards,” she said, “but I’m in a different position today.” At a 2018 concert, Ashanti alluded to this violation of faith. “I’ve been cheated on before. When Ashanti first appeared on stage, she said, “Publicly, at that. “F*CK Nelly,” shouted one concertgoer. and Ashanti simply pointed at them and said, “Word.”

With a single word, “Word,” Ashanti seemed to confirm what many had assumed for some time: Nelly’s betrayal of Ashanti was the cause of their breakup, not the other way around. Ashanti made it quite apparent on Watch What Happens Live with Andy Cohen in 2019 that she hasn’t looked back. Since they split, she hasn’t seen or heard from the “Hot In Herre” singer.

Also Read: When did Kourtney and Younes Break Up?

Ashanti became a trending topic on Twitter in April of 2021 due to rumors that she was seeing a white man. For celebrities like Ashanti, it’s difficult to keep their personal life quiet. When singer Ashanti ended her nearly decade-long romance with rapper Nelly, it made headlines. They were a celebrity power couple in the ’00s, but they mostly kept their romance under wraps. Secrecy and suspicions of infidelity surrounded their split, and neither party provided any information.

Ashanti Reveals Her and Ex-Boyfriend Nelly Have Never Spoken or Seen Each Other Since 2013 (Source: All About Laughs)

Some renowned ex-partners are able to split amicably and remain friends after a breakup. Others will likely remain enmity for the rest of their lives. As for Ashanti and Nelly, she admitted that she hadn’t seen him since they split up. It’s safe to presume that they haven’t exchanged any spoken cues either. Since 2014, Nelly has been romantically linked to Shantel Jackson, while Ashanti has been associated with a number of high-profile figures over the years.

Also Read: Why Did Richard and Monica Breakup in The FRIENDS Show?

Relationship Timeline of Nelly And Ashanti

Nelly and Ashanti originally met at a Grammy Awards press conference in 2003, where it was first reported that the two singers were in love. Over the years, the couple maintained an on-off connection but never confirmed that they were dating.

The two artists were often spotted holding hands and smiling at one other on public occasions, but neither would confirm or deny rumors that they were dating. Nelly claimed their relationship was “serious” in a 2008 interview with People magazine. 2013 was the year that Nelly and Ashanti called it quits.

Also Read: The Real Reason Behind KISS: The Band&8217’s Breakup

As of the end of 2002, Nelly and Ashanti were two of the most popular new artists of the new millennium. On January 1, 2003, they were introduced at a Grammy Awards news conference.

“The first time I met Nelly, he asked me for my autograph, but I think he was being sarcastic, and I remember putting it down on the program,” Ashanti reportedly stated. “Just so you know, he took a long time to gain my number.”

It had been a long time since Nelly had voiced an interest in getting married to Ashanti, but their relationship remained quiet but solid. However, after ten years of marriage, the pair decided to call it quits in 2013.