“I should be proud of what I’ve done. This aching in my conscience comes from my failure to have a strong enough resolve” Domas to himself, after pushing Bojji off of Gates of Hell 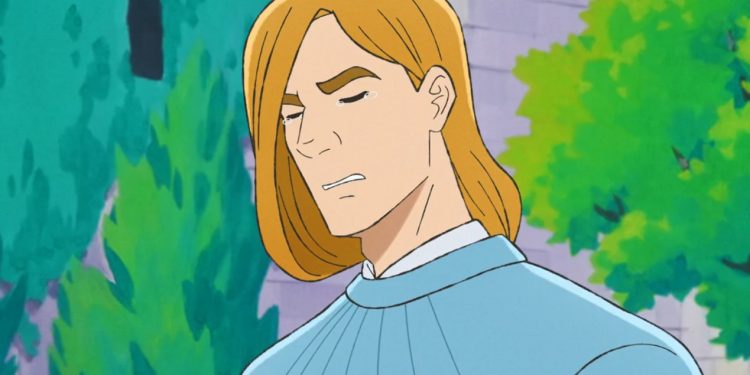 Once weak, Bojji has grown a lot stronger now. That being said, wonder how did he come out strong despite his weak physique? Fans are all too aware of Bojji’s struggle, from how he was laughed at to how he can now joke about killing people (Not that he is sure to kill people, though). As Kage and Bojji go to Desha and then Despa to help Bojji get stronger, ever wondered how did they even end up on the underground? Fans know about ‘that part’ which will always stay tragic. We know that Bojji was pushed down, he was, after all, betrayed by his very close and trusted person. Feels bad when any one of us is hurt by our own closest someone, doesn’t it?

Not being optimistic, but whatever happens, happens for a reason. In Ousama Ranking: Ranking of Kings, Domas always tried to understand Bojji, and Bojji was aware of his efforts. Bojji always tried to stand up to Domas’ expectations. But what did Bojji get in return? Betrayal? Why? In Ousama Ranking: Ranking of Kings, a Japanese fantasy manga series written and illustrated by Sōsuke Tōka, it tells the story of how a prince with disabilities strives hard to become a king!

Bojji is the first son of King Bosse, a giant, and Shiina, Bojji’s birthmother. He is the first prince of the kingdom built by his father. Bojji is unable to hear and speak. He tends to understand what a person is saying by lip-reading. He seemed gullible at first, pitiful at second, sympathetic at third, and strong at fourth.

What I mean is, the protagonist, Bojji, is a strong character with some strong character development. He would smile all day, even when he is being insulted and scorned off by people. But after coming back to his room, Bojji bursts into tears. That part was undeniably touching. Truth be told, Bojji is strong. He just had bad luck even before he was brought into the world.

Bojji is small looking, even smaller than his younger brother, Daida. But unlike Daida, Bojji is understandable of everyone’s situation, and he is just so cute. Not that Daida is villainous, but Bojji gives off a positive vibe.

Also Read: Will There Be Ousama Ranking Season 2? Is Season 1 ending?

Domas is a trainer. He is a swordmaster appointed to train Bojji. He has been directly appointed by King Bosse himself. Domas at first sympathizes with Bojji and does not show his emotions in front of Bojji. Domas learned sign language from Queen Hiling and was very much excited to talk with Bojji without any help from a translator.

Domas voted against Bojji being a king. While everyone was shocked to see his behavior, Domas expressed how he, and maybe everyone, thinks that Bojji is truly undesirable of the position of King, even though King Bosse chose Bojji in his will.

This episode is titled “His First Journey.” Undoubtedly, ‘his’ here is Bojji. As Bojji takes off to learn and experience new things, Queen Hiling gets an ominous feeling. She, at first, didn’t approve Bojji to go all by himself to places where he never set his foot. So Queen Hiling asked Domas and Hokuro to accompany Bojji on his first-ever journey.

As Bojji was experiencing various new things in his life for the first time, there seemed something suspicious throughout. Once, during the night, Bebin’s weapons were discovered. Fans thought, ‘time has come.’ Everyone was fooled by the plain-looking Domas, to be honest. Domas asked Hokuro to look for rooms to stay in, and he took Bojji to see the Gates of Hell.

Domas pushed Bojji into that so-called Gates of Hell. Tell you what, the Gates of Hell were true hell because every few minutes, it releases a tremendous amount of flames. Domas asked Bojji to look into the Gates of Hell up close; as curious as any normal person would have been, Bojji looked into it real close. He bent to see what’s it like inside. Domas pushed him without hesitating until the last moment.

Why did Domas push Bojji?

Domas’ character was like, ‘switching positions in whichever way he seemed will benefit him.’ He may have changed in the later episodes, but he was truly not that much of a praisable character. Who knows if he would have betrayed King Bosse, too, if need be. Fans are aware of Domas’ personality and how he betrayed Bojji.

After becoming the King, Daida wanted to kill Bojji. Bojji was like ‘thorn to Daida’s success,’ so Daida thought of assassinating his own older brother. Daida ordered Domas to kill Bojji only if he wanted to gain the trust of King Daida once again. When Daida asked why he voted for him and not his pupil Bojji, Domas said he just thought of Daida as more suitable than Bojji!

Because Domas was convinced that he would be considered more trustworthy and loyal to King Daida, he accepted the task.