Who Will Kirito End Up With? Revealing The Sword Art Online Romance Saga 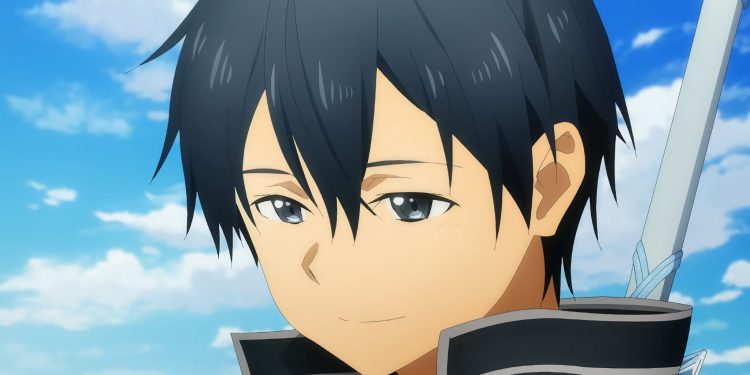 Who will Kirito End up with?

Sword Art Online, despite the mixed reviews it gets, has been one of the most accomplished shows among anime. Through its moments of thrill, action, and humor, the anime sets down the perfect mood for all the viewers. With its superb animation, Sword Art Online has also become one of the most popular anime series from A-1 Pictures. In fact, it’s almost unbelievable how the anime has a huge fan base, even if the initial response it got was fairly poor. What’s absolutely stunning is not only the visual representation of living inside a game but the character interactions. Since Kirito, the main character of the show, is blessed with several desirable romantic interests, who will Kirito end up with? Of course, we are curious because the little touching moments in SAO are what fill our hearts with warmth.

Sword Art Online is based on the light novel series written by Reki Kawahara and illustrated by abec. The novel was launched in 2009 and is still ongoing after the completion of 26 volumes. It was published by ASCII Media Works and later also inspired not just an anime series (and its sequels) but also several exciting games. As per the most recent statistics run by Oricon, the light novel has sold more than 26 million copies worldwide, which is a surprisingly high number. The romantic aspect of Sword Art Online gives the anime a perspective and a purpose. It’s amazing because we don’t simply get to see Kirito being awesome but also building bonds and falling in love.

So who will Kirito End up with?

Popularly known as Kirito, his actual name is Kirigaya Kazuto. He is the protagonist of Sword Art Online and its sequels. In the story, he is one of the 10,000 players who get stuck in the Sword Art Online game. The series majorly revolves around his struggles of surviving the game. While initially, he plays a solo player, eventually, we see him come closer to other characters and build new and unbreakable bonds.

One of the first girls that Kirito meets is Yuuki Asuna. Throughout the initial parts of the anime, we see Kirito and Asuna go through tough times. They are seen clearing multiple floors and growing. The two also have a strong bond, where they not only relate to each other but deeply understand each other’s thoughts and actions.

On entering the Gun Gale Online world, the first person that Kirito meets is Asada Shino. She proves to be an extremely good player and carries ‘One Shot, One Kill’ as her motto. Due to cute interactions between her and Kirito, many see them as a successful ship.

Another person that Kirito is shipped with a lot is Alice. You may remember her as the blond beauty that she was. Alice was an Integrity Knight in the game. There have been huge implications that Alice was in love with Kirito, although it was never explicitly stated. However, even without words, viewers were shipped with the bond between her and Kirito as they shared fluffy moments like when she took care of Kirito when he went into a coma.

Who will Kirito End Up With?

Clearly, Kirito has had some really interesting women around but he falls only for one. Kirito will end up with Asuna. She plays the part of being his main love interest. Even if we see several close moments between him and others, there’s just something entirely different and warm between Kirito and Asuna that just fits. Kirito confides in Asuna and feels at ease with his secrets and deepest thoughts when it comes to her. At some point, they confess their feelings to each other and even get married within the game. Later, they have their honeymoon on the 22nd Floor, during which they were seen getting emotionally closer to each other as they expressed their fears.

Once out of the game, they continue with their relationship. When Kazuto decides to study abroad in America, Asuna goes with him, indicating that they found their happily ever after in each other.

Where to watch Sword Art Online?

Sword Art Online is a popular show that we would definitely love to recommend to every Isekai and adventure lover. The anime is currently streaming on Crunchyroll and Netflix.

Also Read: Sword Art Online Progressive: What is The Anime About?