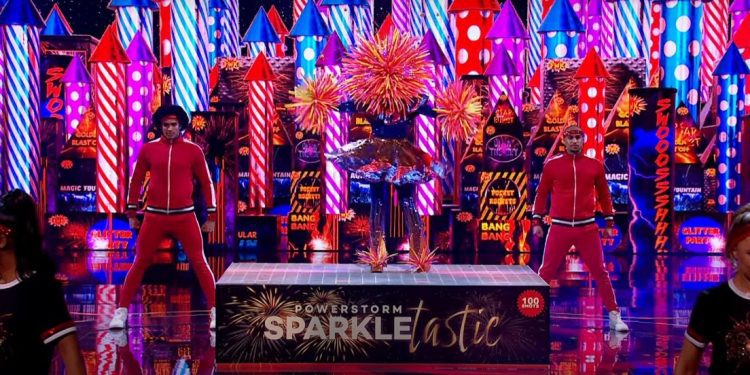 TV singing competition The Masked Singer UK season 3 episode 4 will get even better. Firstly, if you’re not familiar with this wildly entertaining show, its premise is quite simple. A group of celebrities dress up in a wildly elaborated costume and perform several songs and dances in front of panelists. It’s up to the panelists to figure who they are. This show was produced by ITV and now runs a third season.

This third episode kicks off with a thematic that circles around a very cool topic: And that’s movie night. Firstly, every single performance will center around movie soundtracks. Secondly, the group number was the La La Land song “Another Day of Sun”. Later on, things began at risk for Firework, who did a performance of Fame’s “Fame” theme, which put them at risk for elimination.

The second performance was by Mushroom, who sang “There Are Worse Things I Could Do” from the movie “Grease” starring John Travolta and Olivia Newton-John. That performance was great and put Mushroom safe from elimination. Thirdly, we have Lionfish, who performed Whitney Houston’s iconic theme from “The Bodyguard,” starring Kevin Costner. “I Will Always Love You,” and that performance put Lionfish at risk. Fourthly, Doughnuts went on to spice things up with “Spice Up Your Life” from Spice World by the Spice Girls, putting Doughnut safe from elimination.

Later on, Robobunny performed “Shallow” from Lady Gaga’s movie with Bradley Cooper’s “A Star is Born” and stayed safe. The sing-off was between Firework and Lionfish. The former performed “Sex on Fire” by Kings of Leon, and the latter performed “Stop This Flame” by Celeste. Firework made it, but Lionfish was revealed to be Will Young.

Where to Watch The Masked Singer UK?

If you want to watch The Masked Singer UK, simply tune in to ITV on Saturdays during its airtime. Alternatively, you can watch this show online via ITV player. Firstly, the ITV player is totally free to subscribe to. All you need is to navigate to the ITV website and register with your email. But, there’s a caveat. You can watch and enjoy the vast catalog of ITV, which includes The Masked Singer UK and all other shows, documentaries, movies, concerts, and series only if you live within the United Kingdom.

You see, the ITV player is geolocated. Consequentially, in order to subscribe, you need to provide a TV license and your address. And it doesn’t matter if you provide one and hide behind a VPN. Like BBC iPlayer, this network does a constant scrubbing of their IPs, so VPNs are often unreliable, and you will require a very fast internet connection that doesn’t slow down your link. You can also watch ITV via the Amazon Prime Video BritBox add-on or use the BritBox standalone service.

The Masked Singer UK Season 3 Episode 4 will release on January 15, 2022, on ITV. Firstly, every new episode airs on Saturdays. Secondly, the panelists for this show are Davina McCall, Rita Ora, Mo Gilligan, and Jonathan Ross. Thirdly, the episode’s theme will be revealed the day the show airs. And it will feature another elimination. With this, we wrap up our coverage of this topic here at Otakukart. Thank you for reading our article, and please keep coming back for more daily updates on all your favorite series, movies, and shows.