Who is Zach LaVine’s Girlfriend? The NBA Player’s Love Interest 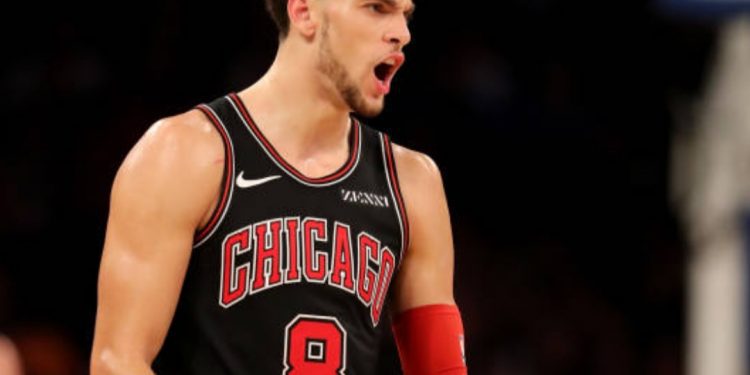 All the Chicago Bulls fans are wondering who is Zach LaVine’s Girlfriend is. Originally known as Zachary Thomas Levine, he is an American professional basketball player born in Renton. Last year, he was even invited to be a part of the NBA All-Star. Not only that, but his outstanding playing records also earned him the title of NBA Slam Dunk Contest Champion, twice in 2015 and 2016, respectively. At present, Zach LaVine plays for the Chicago Bulls of the National Basketball Association. During the 2013-2014 season, he played for his college team UCLA and earned several titles and medals.

Knowing his popularity, his fans across the globe have shown huge interest in Zach LaVine’s Girlfriend. Well, little did you know that the NBA player is not just dating but is engaged to his long-time girlfriend. Now, people want to know what his fiancee does and who she is. You will be happy to know that his fiancee is also a sports lover. If you want to know things about Zach LaVine’s Girlfriend, you must dive into this article till the end.

Also Read: Who is Scottie Pippen’s Girlfriend? Who Is The Retired NBA Player Dating?

Talking about his love life, it’s quite blissful. The versatile NBA Player Zach LaVine is not dating someone but is engaged to the love of his life. Her name is Hunter Mar. Both Zach and Hunter used to be high schoolmates and have been continuing their love stories since then. Passing from high school, Zach attended the University of California, Los Angeles, where he played basketball. Whereas his girlfriend, Hunter Mar, used to play soccer at Seattle University. Though it was long-distance, their love for each other never faded. Just like any other relationship, their love story also has had several ups and downs. But they decided to stick to each other and fight against all the odds together. Now, just look at them!

When asked about his girlfriend and fiancee, Zach LaVine confessed that Hunter Mar is his first love. It was in April 2020 when he decided to take his relationship to its next level and ended up proposing to her. He got down on one knee with a beautiful diamond ring asking to be his girl forever. With no surprise, Hunter said ‘Yes’. The NBA Player, in an interview, stated that his girlfriend has always been supportive and understanding to him. That’s how a relationship works, isn’t it so? It’s been more than a year, and the couple has not announced any plans for their marriage. Well, it might be because of the Covid-19 pandemic. We aren’t sure of the reason but are expecting them to get married real soon.

Also Read: Lou Williams Girlfriend: Who Is The NBA Player Dating in 2021?

Besides Zach LaVine’s Girlfriend, people are also interested in his career and other personal details like age, height, family, education, etc. Without further ado, let’s have a look!

The professional Chicago Bulls basketball player Zachary Thomas LaVine was born on 10 March 1995. That makes him 26 years old as of now. As far as his birthplace is concerned, he was born in Renton, Washington, United States. When it comes to his height and weight, Zach is 1.96 meters tall and weighs 91 Kg.

Zach LaVine does have a pretty good family. His father is Paul LaVine, while his mother is Cheryl Johnson-LaVine. Also, not to forget to mention his three siblings- Camryn LaVine, Chandi Leishman, and Linda Carter, respectively. He shares a great bond with each of his family members.

Talking about his education, Zach LaVine attended Bothell High School, where he met his lady love or fiancee, you can say. Thereafter, he attended the University of California, Los Angeles.

Moving on with his achievements in his professional life, he has earned several titles, honors, and accolades. Some of them are NBA All-Rookie Second Team (2015), Pac-12 All-Freshman Team (2014), Washington Mr. Basketball (2013), AP Washington Player of the Year (2013), and many more. From 2014 to 2017, he played for the Minnesota Timberwolves. Besides his sports career, Zach LaVine also made an appearance in Kirby Buckets, which is a television series. With this minor appearance, too, he gained a massive fan base. 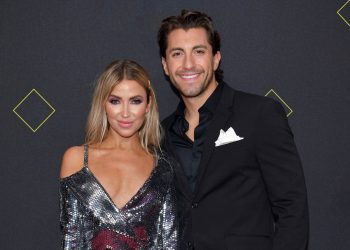