Who is The Train Guy On TikTok? Did He Quit His Job For Transporting? 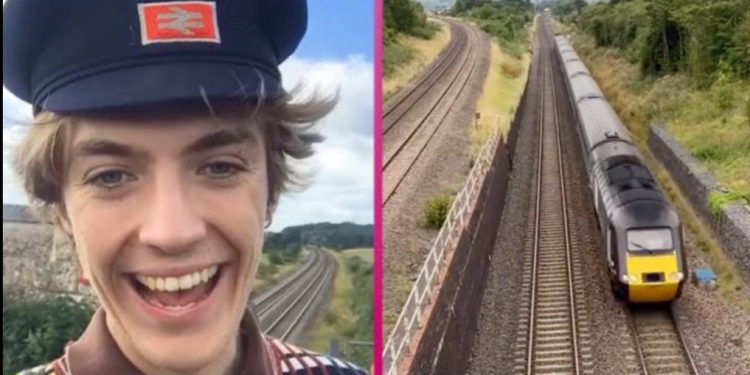 All thanks to TikTok, short videos have certainly taken over the world, occasionally bringing something new to flavor. But, the presence of trains being popular is something no one saw coming until Train Guy made his presence felt. Choosing trains as his content on a platform like Tiktok comes off as a rare choice. Something that might have questioned its popularity. Now with a following of over 1.7 million, it seems like Train Guy chose the right content for him. So Who is the man behind Train Guy on TikTok? What do we know about him? Where does he come from? Let’s find out.

If you’ve been using Instagram or TikTok lately, you must have stumbled upon a person with some trains. I’m sure most of you must have ignored it and moved on. But for those who caught an eye on this interesting person, well here is everything right from his age to what he is originally pursuing. Did he quit his job to pursue a career as the popular Train Guy? Lastly, how quitting it and continuing Tiktok has worked out for him.

Who Is the Train Guy On Tiktok?

Francis Bourgeois is the face behind the account Train Guy on Tiktok. The UK’s trainspotter gained fame after going viral on Tiktok. Francis hails from Harlesden, North West London, and is currently an engineering student. When he is not filming with his beloved trains, he is found studying at the University of Nottingham. Francis is always seen filming with trains at the mainline. He has never really shared anything personal about his family or girlfriend. Although according to the records, his age is around 21, his date of birth is still not known.

The Idea of Trains

Francis had a strange interest in the trains since he was at school. Regular mockings and peer pressure didn’t affect him at all and he accepted his interest to take it out in the world. While he was in school, Francis used to go to the West Coast mainline to spot the trains. Not knowing this could make him famous, he continued with his interest. Francis is also famous for the unique and cut-point angles he has in his videos. He claims to attain perfection with the GoPro camera that he uses to make the videos.

Did Francis Quit His Job?

Strange right? But yes, the famous train guy Francis Bourgeois posted about leaving his job. From now on, he will be doing transporting full time. Francis was really happy to announce his new venture to his fans and turned to a full-time influencer.

Francis has gained 1.4 million followers on TikTok as well as another 760,000 on Instagram. His fans are always excited to know more about his knowledge about trains. His personality is also a great eyecatcher on social media. Fans gladly try to catch him spotting on his network and on the mainline too.

Francis already has a Cameo account with a lot of followers paying him to watch his videos. Francis charges £26 on his profile.

Francis’s Reason For Quitting the Job?

Francis was so excited to announce his new decision that he must’ve forgotten about telling the reason. Well, the reason is not known but his love for trains can be the proper definition for his resolution. Let’s say assume he is logjammed with the pile of videos that he has to take off to issue them on the platform. And now that he is aware that he is being paid for his interest, quitting the job and being a full-time influencer is a smart choice.

How Much Is Francis Bourgeois Earning?

The famous train guy’s earning and net worth is quite shady in the meantime. For now, Francis is earning fan love and followers on his social media pannels. Although having a cameo account for his personal use will earn him a fortune. Francis for now is making quite a well amount of being a newly established influencer.

Also Read: Who Is Kyle Thomas On Titok? Everything There is to Know About the British Tiktoker

Male Kpop Idols Born in December That You Should Know