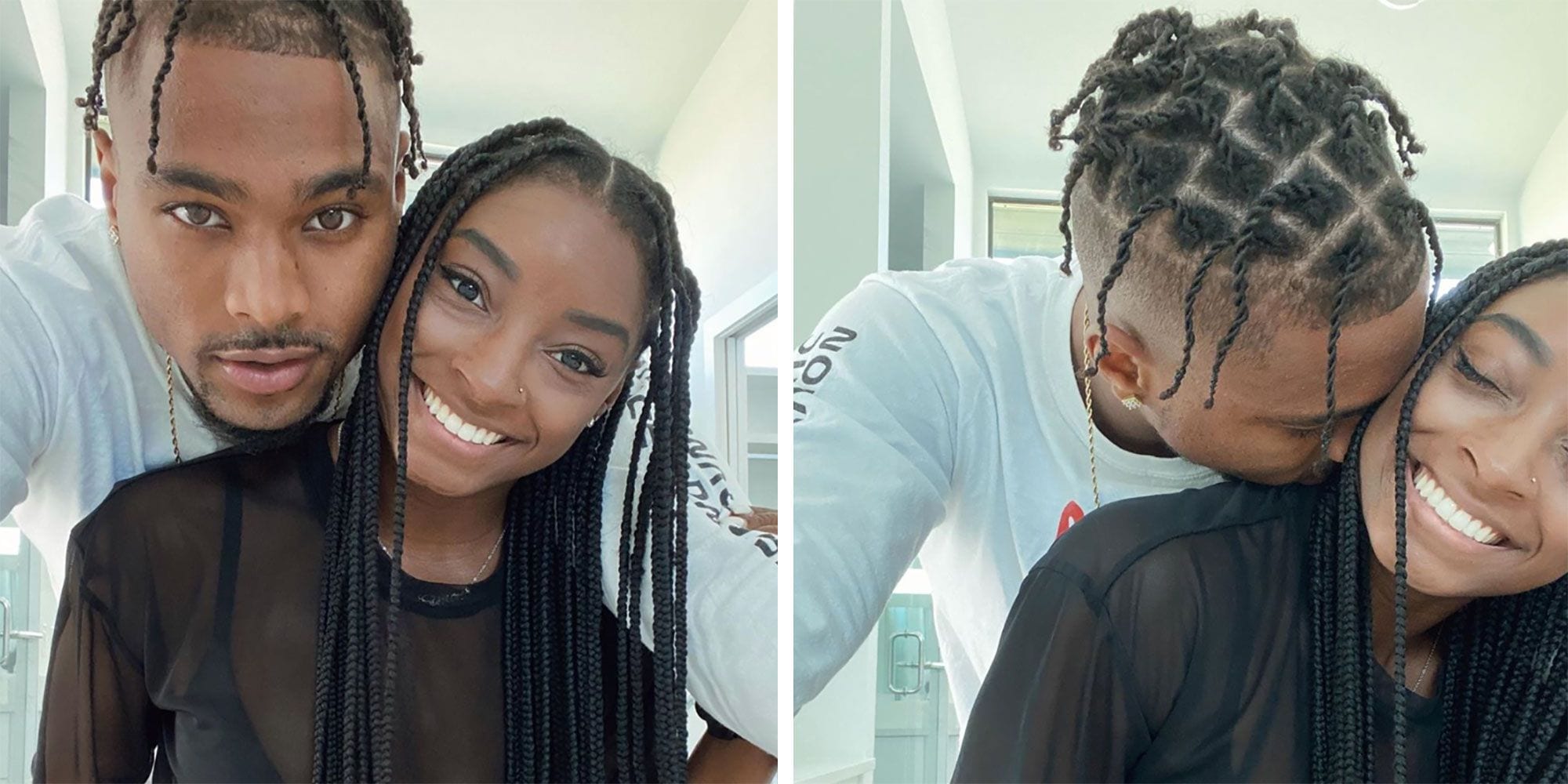 Simone Biles is one of the strongest African-American women that I have ever heard of and can not stop simping over. She has a whole successful career, which we will talk in-depth about in this article, and moreover, she is a savage queen. Once she performed at a reality TV show, and the host asked her why she doesn’t smile more often. Had I been at her spot, I simply would have given a non-sense answer, but what Simone said would legit surprise you. She said to the host that smiling does not win you gold medals, and girl, you just won my heart. She is an artistic gymnast and has won over 30 Olympic medals as well as World Championship. Given her successful career, many personal talks have attracted her and here, we have wrapped almost all of them.

Simone Biles was born on the 14th of March 1997 and has three siblings in total. Her childhood was not particularly easy as her mother was not able to care for four children, and they traveled back and forth from foster care. Later in 2012, after her life settled a bit and all the four siblings got adopted by various relatives of their mother, Shannon decided to get homeschooled. Her motive behind this was to increase her practice from 20 hours per week to 32 hours per week. The first time that Biles tried her hand at gymnastics, she was just 6 years of age. Soon enough, her interest grew in the field, and even the instructor suggested that she continues with her passion. In recent times, discussions are being put forth regarding the relationship status of Simone Biles, and thus, we decided to wrap it all up. 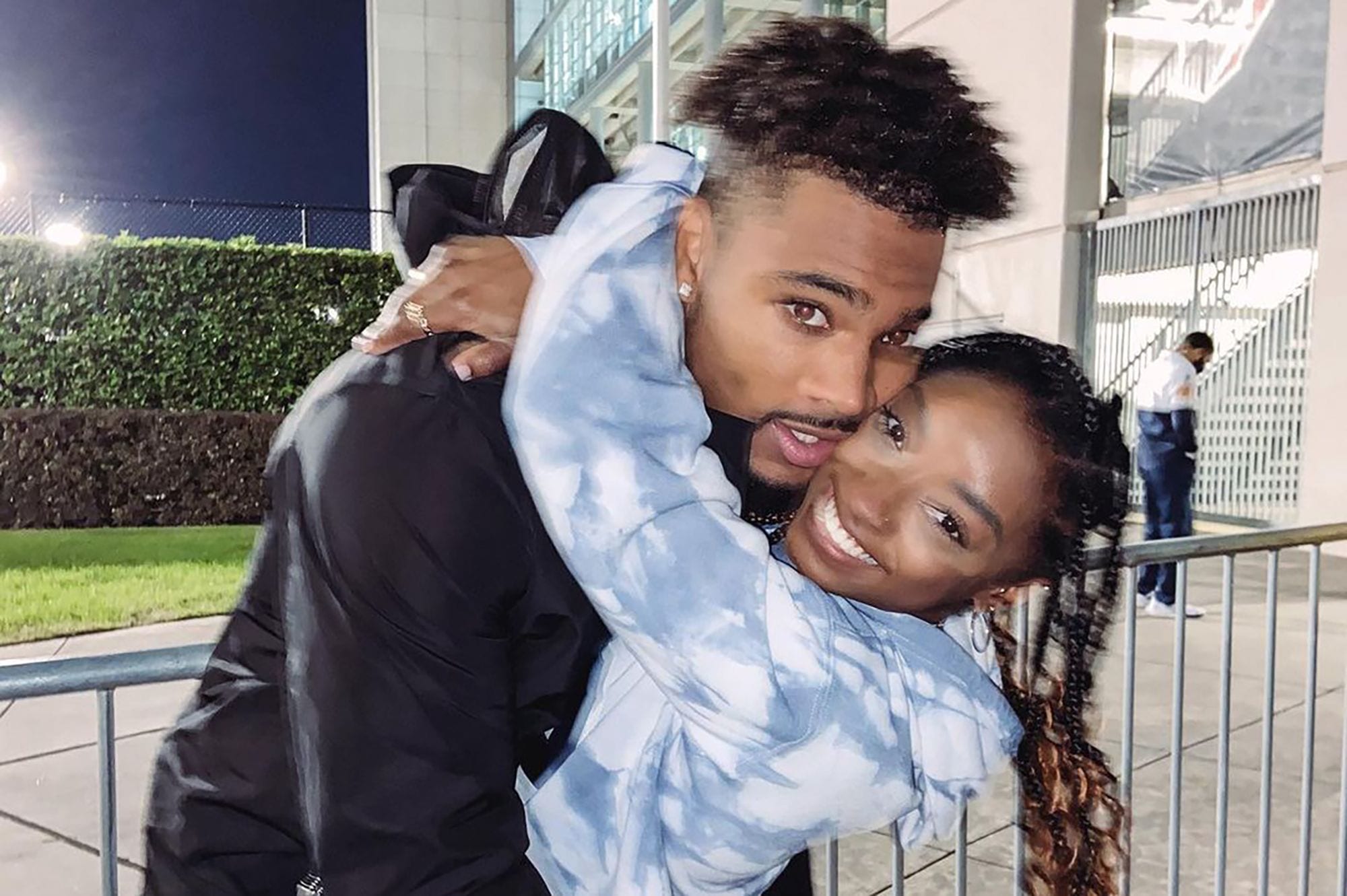 Currently, Simone Biles is in a relationship with Jonathan Owens starting in August of 2020. The two have been in a committed relationship, as is seen in the media. Previously, we saw Simone in a relationship with Stacey Ervin Junior who is also a fellow gymnast. They started their bond back in 2018 but soon enough broke apart in 2020. Jonathan Owens is a professional American football player. He belongs to the Houston Texans in the National Football League. The two are even living together in Houston, Texas.

Coming back to Simone Biles, we see that this athlete is just 23 years of age but has been the most decorated gymnast from America. She has won the gold medal in the Olympics almost four times. Biles has also set the record for an American in women’s gymnastics to win gold medals at one single Olympics. Biles totally proved her worth in the world when she took down her haters as well as competitors. She is surely more than just a fellow athlete. Previously, she has accused doctor Larry Nassar to have abused her physically. She also went on to claim that the USA Gymnastics hid the whole investigation from her. But at her field, she took down each of them and established her position at the top. There even was a book published on her life in which Simone has described everything about her life. She has also been a source of major motivation to all the kids who aspire to do great deals in Olympics and sports.

In recent times, we saw Biles preparing to compete in the 2020 Tokyo Olympics, but we all saw how that went. The tournaments have been delayed to 2021, but this does not mean that 2020 did not test Simone personally. She went through a huge split from her boyfriend, who has been with her for three years. This situation ought to take a toll on one’s mental health. But later the same year, we saw her in a relationship with Jonathan, and things proved out to be fine for right now. The two have been sharing loving Instagram posts as well as Tiktoks together while being quarantined together. It just shows the amount of love and understanding the two have for each other, and we are genuinely happy for Simone. The international gymnast is not afraid to put up various incidents of the day or just pictures in common with her boyfriend and takes the whole world by heart eyes.