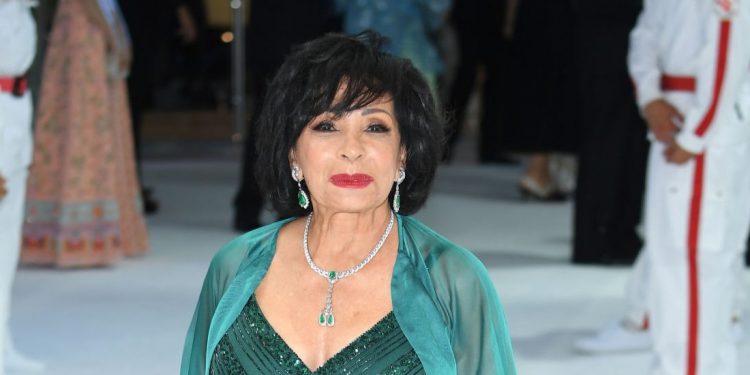 Shirley Bassey is a popular Welsh singer who has a long list of successes to her credit, including three James Bond theme songs. The popular singer was the youngest of seven children born to her parents, who split when she was three years old. She worked in a factory and performed in men’s clubs after dropping out of school at the age of 15 before landing a recording contract. At the age of 19, she recorded her debut song and got her first hit with the renowned ‘Banana Boat Song.’ During the 1960s and 1970s, Shirley was always in the spotlight, combining her characteristic vocal style with elements of jazz, funk, and soul. We will discuss Shirley Bassey’s Partner here.

She rose to international fame after singing “Goldfinger” for the 1964 James Bond film of the same name. ‘As I Love You’ and ‘Reach for the Stars/Climb Every Mountain’ were among her later UK chart-toppers, and she continued to produce hits in the UK far into the 1970s. She then sang the theme music for two more Bond films, ‘Diamonds Are Forever and ‘Moonraker,’ which were both huge hits. She was a forerunner of the scores of pop music divas who emerged in the last decades of the twentieth century. Shirley was one of the first black British entertainers to achieve national and international fame.

Shirley Bassey’s marital status is now single. Despite the fact that she has been married twice and divorced. In a horrible accident, she lost one of her daughters. Sergio Novak and Kenneth Hume are the names of her two ex-partners. Kenneth Hume was her first husband, whom she married in 1961. Kenneth Hume was born in 1926. I’ve Gotta Horse (1965), Cheer the Brave (1951), and Hot Ice (1965) were among his films as a director and writer (1952). He died in London, England, on June 25, 1967. In 1964, the couple split up and divorced in 1965.

Shirley and Peter had a daughter, Samantha, during their marriage, whose paternity has been challenged due to Shirley’s involvement with actor Peter Finch. Samantha died tragically at the age of 21 in 1985. For six months, the vocalist was unable to sing due to her sorrow. In 1968, Shirley married Sergio Novak, an assistant manager at the Excelsior Hotel in Venice. They were married for 11 years until 1979, when they divorced. Mark, her grand-nephew, was adopted by the couple during their time together. Sharon, Shirley’s surviving daughter, is her only child. The singer has gone through a lot, but she claims it has only improved her abilities.

She received the NME Award for Favorite British Female Singer in 1959. Her song ‘Goldfinger,’ from the James Bond film of the same name, charted in the US Top 40 Billboard Hot 100 in 1965. She was named Best Female Entertainer by the American Guild of Variety Artists in 1974. Shirley was made a Commander of the Order of the British Empire in 1993. She was awarded the Legion d’Honneur, France’s highest honor, in 1999. Queen Elizabeth II awarded Shirley Bassey a Dame Commander of the Order of the British Empire (DBE) in 2000. She was also named the Most Successful British Female Singer in 2000, and her name was entered into the Guinness Book of Records. UNESCO honored her with the Artist for Peace Award in 2004. Bassey’s track “The Living Tree” reached number 50 on the UK Singles Chart in 2007.

Shirley Veronica Bassey was born in the Tiger Bay neighborhood of Cardiff, Wales, on January 8, 1937, to Henry Bassey and his wife, Eliza Jane Start. With three sisters, two half-sisters, and one brother, she was the youngest of seven children in her family. Bassey’s father was imprisoned when she was a newborn for sexually abusing a child repeatedly, and her mother moved the family to Splott, a working-class suburb of Cardiff. At the age of 15, she left Splott Secondary Modern School in 1952 to work in a factory.

She also performed in pubs and clubs in the evenings and on weekends, and at the age of 16, Shirley was cast in a musical revue. In 1955, her skill was seen by Michael Sullivan, a booking agent who saw the young girl’s promise and decided to groom her. Following that, Johnny Franz, a Philips A&R and record producer, noticed her and gave her a recording contract. Her debut recorded song, ‘Burn My Candle,’ was released in February 1956, when she was 19 years old.