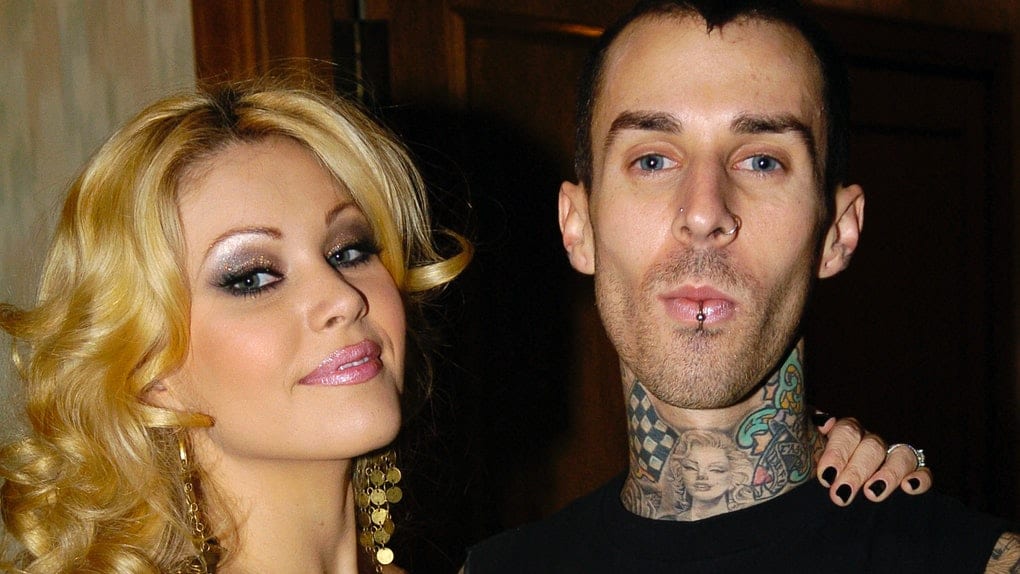 Former model and actress Shanna Moakler has gained a considerable amount of fame after she starred in a few small roles in movies like The Wedding Singer. Soon she was part of some reality television shows that went on to become huge success including Meet The Barkers, Hollywood Exes, and Growing Up Supermodel as well. However, the star’s personal life has been the center of attention of media tabloids over the years. Shanna Moakler had a brief relationship with actor Dennis Quaid, but it soon came to an end for unknown reasons.

Shanna Moakler recently made headlines after calling her ex-husband Travis Barker and his girlfriend Kourtney Kardashian’s ongoing PDA a bit weird. The two were married for a long while, and it seems like she is throwing some major shade on her ex’s ongoing romance with the Kardashian sister. The celeb also claimed that some of the PDA filled moment was familiar enough as she felt like Travis recreated some of their moments.

Shanna Moakler was dating model and actor Matthew Rondeau. However, after dating for almost a year, it seems like the relationship has come to an end as the two have announced the split. Media tabloids soon speculate split after the celeb deleted photos of each other off of their Instagram accounts and even unfollowed each other as well. 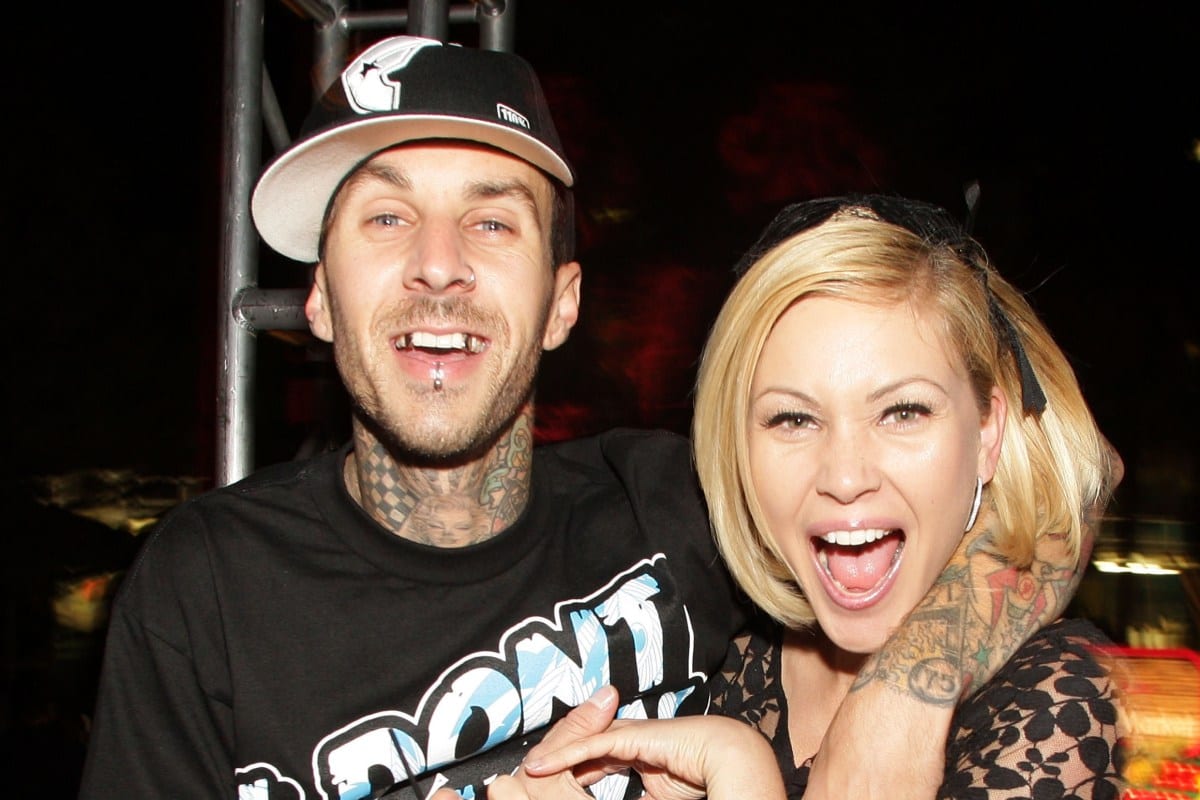 This announcement comes after the former Miss USA was spotted with an ex, Oscar De La Hoya, for dinner and drinks. The two separated back in 2000 and have a daughter named Atiana De La Hoya. Despite the split, the two are reportedly still friends and have no bad blood between them. Despite the divorce and the following legal proceedings being messy enough, the two are reportedly super close. Shanna Moakler even dated Billy Idol for almost two years, and the two started for a cameo in the romantic comedy movie The Wedding Singer.

For more, also read Who Is Kourtney Kardashian Dating In 2021? Spicy Relationship With Travis Barker

Just like her equation with Oscar De is cordial enough, it seems like she has no issue that Travis Barker is going out with Kourtney Kardashian. Rather, Shanna Moakler has wished them a long-lasting and fulfilling relationship ahead. While she was dating Rondeau, Moakler stated that she is a good place and sees no reason to get involved in her ex-husband’s new relationship. 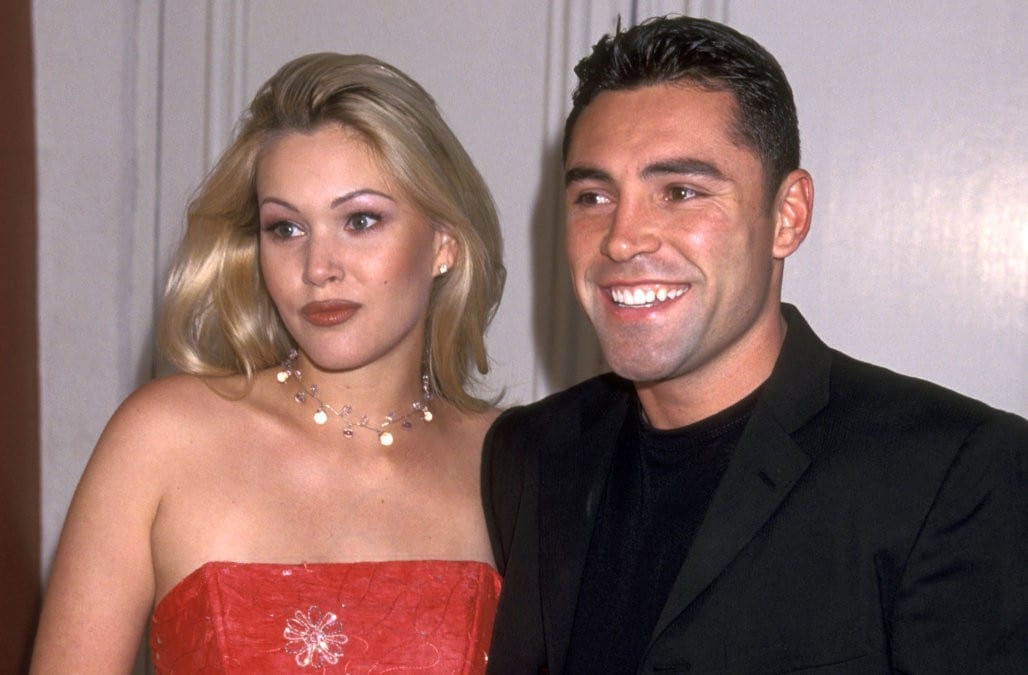 However, Shanna Moakler is not exactly close to the Kardashian family. Moakler addressed this rumor and said that it’s all water under the bridge, and she has no problem meeting the person who’s going to be spending a lot of time with her children. Believe it or not but Shanna Moakler was romantically linked with actor Gerard Butler. However, neither of the two addressed the alleged romance.

The Former Model Was Recently Having Dinner With Ex- Oscar De La Hoya!

As for Meet The Barkers star, she is currently single after her recent split with Mathew Rondeau. Moreover, she has gone on record to say that while she is in no rush to get married, there’s the possibility of marriage in the future. While Moakler has no ill towards the new pair in town, she still thinks that the social media antics and virtual PDA that Travis and Kourtney’s displays are a bit weird. Shanna further explains that she has been throwing a few shady jokes not to annoy the couple but to rile up their fans.

This statement comes after fans noticed how Moakler was posting a few images and videos with her then-boyfriend Mathew to poke fun at all the love-filled posts that Kourtney and Travis Barker have been posting on social media. However, Moakler has admitted that she is very much over her ex and these posts were just done in pure humor and nothing else. With Shanna Moakler not with Mathew anymore, we wonder what her ex Travis Barker has to say about her mockery-filled post about him and his current lady love. 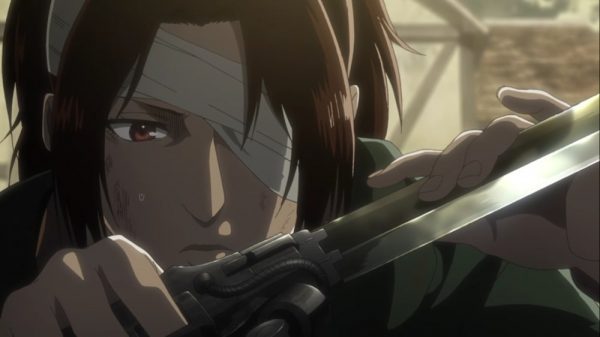 Will Hange Zoe Die in Attack on Titan? A Complete Analysis

Attack on Titan has always been a series full of despair and is infamous for showing the most tragic deaths to its main characters....