Why Is The Australian Singer postponing her wedding for the second time? 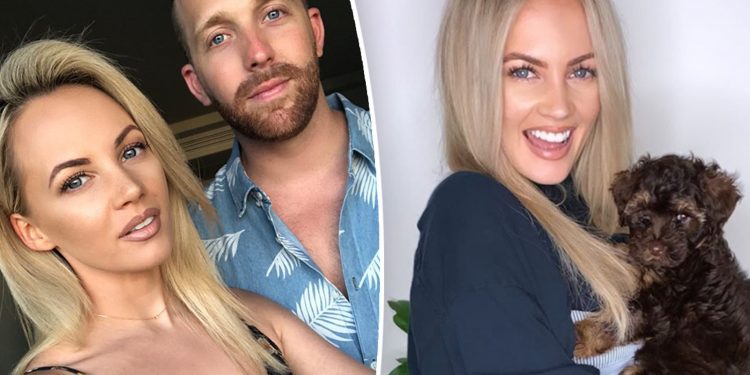 Do you know who Samantha Jade Is Engaged To? Australian singer Samantha Jade initially gained fame after winning The X Factor Australia season 4. Jade created history by becoming the first woman to win the Australian music series. The songwriter went on to write songs for Ashley Tisdale and JoJo. She was soon signed by Sony Music Australia, and Jade went on to release back-to-back tracks. Not to forget, Jade also went on to co-write and sing back-up vocals on the song Can’t Walk Away for Tiffany Evans.

Jade released a single track titled New Boy last year in 2020. While the singer has opened up about her troublesome year, she has decided to shed light about her time in lockdown in the newly released track Beautiful and Golden. The singer is engaged to Patrick Handlin. The two have recently sparked rumors after postponing their wedding plans for the second time. The singer recently set the stage on fire as she performed at this year’s Carols in the Domain. She mesmerized everyone as she sang Away In The Manger and Mariah Carey’s iconic hit All I Want For Christmas Is You. Let us find out all about who is Samantha Jade Engaged to?

Who Is Samantha Jade Engaged To?

Samantha Jade is engaged to the former Sony Music Australia executive Patrick Handlin. The two have been engaged for quite a while now. Samantha and Patrick have been engaged since 2019. However, the pair had to cancel their wedding nuptials not once but twice!

In the wake of the Delta variant outbreak, the singer had to cancel the plans while pushing them all a bit later. However, this gave way to rumors of whether this has something to do with Patrick getting stood by the music recording giant. Sony Music Australia decided following an HR investigation into claims of the workplace being extremely toxic for the staff.

Also Read Jason and Chrishell Engaged: The Selling Sunset Pair Chose To Keep Their Relationship Away From The Camera!

The singer has been compelled to push her wedding date for the second time. While the wedding date is being pushed back, it has been sparking several rumors, the singer has cleared the air that due to the borders getting closed, her family won’t be able to attend the wedding otherwise. As Jade explained how her entire family is in Perth, and she is not walking down the aisle with her father. Samantha is not willing to celebrate one of the most special days of her life in her family’s absence. Take a look at this beautiful performance by the Australian songstress as she gets into the holiday spirit.

The singer further added that the world would understand how she could not get married without her father and brothers, even if that means that she had to wait a while. The singer had earlier opened up about her future plans as she talked about having kids with her would-be husband, Patrick. In an adorable picture with her nephew, a fan asks her about having kids, and the singer sure is keen about having children. The two have earlier welcomed an adorable furry companion who is getting all the attention.

It seems like fans are pretty much convinced that singer and influencer Samantha Jade has gone under the knife to get pouty lips. Jade, however, has vehemently denied these claims saying that her lips are looking pouty due to a well-applied lip liner.

Some followers even asked the singer whether she had gotten dermal fillers. As she denied all the claims, Jade also added that she sure does know how to do her lip liner to make them look plumper. These false claims have been put to rest by Jade, who denies any such allegations of going under the knife. It seems like the songstress has managed to put the subtle two rumors at rest. The wedding is happening after all and will happen with the blessings of their entire family as Samantha and Patrick envisioned it.

Also Read: Who Is Captain Puffy Engaged To? Everything About Her New Fiance

Take A Look At Song Hye Kyo and Jang Ki Yong’s Relationship As We Wait For ‘Now We’re Breaking Up’ Episode 15!