Raul Esparza is an American stage and television actor, singer, and voice artist who is known for his versatility. Rafael Barba, the New York Assistant District Attorney on Law & Order: Special Victims Unit, is his most well-known role. Fans were fascinated by his romantic life because of his popularity. So we’ll talk about Raul Esparza’s partner in this blog. But first, let’s take a look at him. Well, Raul Eduardo Esparza was born on October 24, 1970, in Wilmington, Delaware, and raised in Miami, Florida. He graduated from the Belen Jesuit Preparatory School in 1988. His ancestors were Cuban Americans. Raul’s interest in acting began at a young age, and he went on to pursue it as a profession later on.

He aspired to be a lawyer when he was younger, but his plans changed when he began performing in high school. His parents’ encouragement drove him even further down the career path. He claims that his parents realized that life is brief and that one should pursue one’s passions. Raul got a Silver Knight Award in Drama the same year he graduated from high school. He got involved in a lot of theatre shows when he arrived at university. He earned a Bachelor of Fine Arts in Drama and a Bachelor’s degree in English from Tisch School of the Arts at the University of New York.

Who is Raul Esparza’s Partner?

Raul Esparza is currently in a relationship with Bill Curran, with whom he has been in a long-term relationship. There’s not much info available on his current relationship as he keeps his life out of the limelight. Esparza was previously married to Michele Marie Perez, a high school girlfriend. During their high school years, the couple began dating. They married on October 22, 1994, after several years of dating. The famous couple was married for 13 years before divorcing in 2007. They never had children during their long marriage.

In a 2006 New York Times profile, Raul disclosed his sexual orientation as bisexual and that he is in a same-sex relationship, and the divorce occurred two years later. That could be one of the reasons for the breakup or a contributing element. After his divorce from his wife, he was also renowned for having affairs and dating a few men. Raul is widely speculated to be dating Nick Mayo, a basketball player. During his sophomore year of college, he fell madly in love with a composer instructor who was of his own age.

Also Read: Who is Shauna Rae’s Boyfriend? Is She Dating Someone Right Now?

Raul Esparza has a long and illustrious career

Raul Esparza’s career began on stage in Miami, Florida, where he grew up. He made his professional debut at the Coconut Grove Playhouse in 1989, in the world premiere of Luis Santeiro’s Mixed Blessings. In 1993, he played Che alongside Natalie Toro in the national tour of Evita. From 1996 to 1997, Raul worked at the Steppenwolf Theatre in Chicago and the Ahmanson Theatre in Los Angeles. Raul went on to have a successful Broadway career in musicals and plays, winning numerous awards for his outstanding performances. When he moved to New York, he became famous for his role as Riff Raff in the Broadway version of the very famous The Rocky Horror Show in 2000.

In the popular musical Chitty Chitty Bang Bang (2005), he played Caractacus Potts, and during the 2002 Kennedy Center Sondheim Celebration, he appeared in two Stephen Sondheim musicals. He is well-known for his versatility, having performed in musicals, plays, and films. On Law & Order: SVU, he plays A.D.A. Barba, and in Hannibal, he plays Dr. Frederick Chilton. He quit his role as Barba after six seasons in February 2018, noting that he misses the theatre and wants to return. In addition to his many roles, Raul also narrated Stephen King’s Under the Dome audiobook.

Raul Esparza has received numerous accolades and nominations in various categories for his diverse roles and performances. He has been nominated for Tony Awards in every male acting category since 2004, including best-featured actor in a musical (Taboo), best actor in a musical (Company in 2007), best-featured actor in a play (The Homecoming in 2008), and best actor in a play (Company in 2007). The OBIE, the New York Outer Critics Award, the Barrymore, the LA Ovation Award, the HOLA José Ferrer Acting Award, the Theatre World Award, and three Drama Desk Awards are among his many honors. 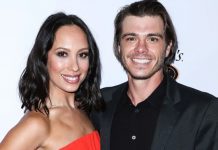 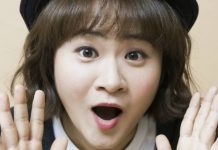 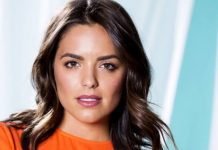