In the American drama series Queen of the South (2018–19), he co-starred. Herrera gained critical acclaim for his portrayal of Ignacio de la Torre y Mier in Dance of the 41 (2020), earning the Ariel Award for Best Actor. Herrera began dating actress and singer Dulce Mara in 2002; the two met while filming the serial drama Clase 406, and the relationship lasted until 2005. He married Diana Vázquez, a journalist, in 2016. Daniel, born on September 22, 2016, and Nicolás, born in 2020, are the couple’s two sons. In 2021, the couple divorced. So, who is Ozark’s Alfonso Herrera dating now?

Herrera, who was born in Mexico City, first appeared on television in Clase 406 in 2002. In the same year, he made his film debut in Amar Te duele, for which he was nominated for an MTV Movie Award in Mexico. In 2004, he rose to international fame as Miguel Arango in the Mexican soap opera Rebelde, a project that also gave birth to the band RBD (2004–09), which was nominated twice for a Latin Grammy Award and sold over 10 million albums. He appeared in the Venezuelan film Venezia, the Mexican television series Mujeres Asesinas, and the Mexican soap opera Camaleones in 2009.

Who Is Ozark’s Alfonso Herrera Dating?

We have another romance on the horizon with the start of a new year! Cupid has struck some celebrities, including Anna Kendrick and Bill Hader, as well as Tom Holland and Zendaya, and it appears that one of the arrows hit a Netflix family member. While the latest season of ‘Ozark’ makes headlines for its suspense and thrills, one of the cast members is making his own when Alfonso “Poncho” Herrera, who plays Javi Elizonndro on the hit Netflix drama, was believed to be dating ‘Narcos’ actress Ana de la Reguera, fans were taken aback.

After his breakup from his wife and mother of his sons, the actor appears to have moved on quickly and has gotten involved with new lady love. So, to find out what’s going on in the rumor mill, keep reading!

On December 6, 2021, the ‘Ozark’ star announced his divorce from Diana Vázquez, his five-year wife. The couple chose to split up after being together in 2016. The couple’s two children are Daniel and Nicolás. On Twitter, the actor announced that he was expecting a child. He continued, “Diana Vázquez and I have long decided to pursue distinct courses in our lives.” This agreement is reached with mutual agreement and on good conditions. For the great family we’ve formed, we’ve stayed wonderful friends and allies. Diana accompanied me on the voyage, and we had our cherished children together. She is an amazing mother and a strong woman with a large heart.

“In couple interactions, gender, violence, and machismo must all be considered.”

His now-ex-wife was equally vocal about the split, but she may have communicated a different viewpoint when she tweeted about the “characteristics of a poisonous person in a relationship,” which many mistook for a reference to her ex-husband. “A crucial reminder for psychologists, therapists, and people in general: Couple interactions must be investigated from a gender, violence, and macho viewpoint,” she stated on her Twitter account.

Even though their breakup was only a month ago, it looks like the ‘Rebelde’ actress has found a new love. Herrera was dating fellow Mexican actress Ana de la Reguera when they reconnected on the set of their film ‘Que viva México’ last year, according to TV Notas. Even though the rumors have yet to be confirmed, a putative friend of Herrera told the publication that Ana most likely requested that he divorce his wife since she did not want to be the ‘other woman’ in the relationship.

“I know Ana wants them to go to the United States together,” the insider said, “and he is highly interested in developing his career, so he will most likely migrate with her.” “Poncho says he is deeply in love with Ana,” the insider continued.

“I would have divorced anybody for Ana de la Reguera,” one devotee said. However, there are opposing viewpoints, and one user said, OMG Noooo, I like Ana de la Reguera. I’m hoping it’s just hearsay, and she’s not a part of this. There isn’t much information about the rumors, and only time will tell if they are true.

Alfonso Herrera announced his divorce from Diana Vázquez in December 2021.

Alfonso announced on Twitter in December 2021 that he was divorcing his wife, the mother of his two sons, Daniel and Nicolás. “Diana Vázquez and I have long since resolved to take separate courses in our lives. At the time, the Sense 8 actor noted, “This situation arises by mutual agreement and on amicable terms.” “For the magnificent family we have established, we continue to be excellent friends and allies.”

Diana appeared to address the breakup on Twitter, where she shared a post about the “characteristics of a toxic person in a relationship,” which many felt was a reference to her ex-husband. “An essential reminder for psychologists, therapists, and the public: Couple interactions must be examined from various viewpoints, including gender, violence, and others,” she said. 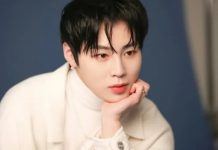 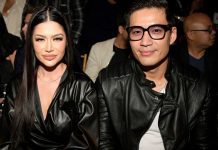 Are Kim and Kevin From Bling Empire Together? Everything To Know 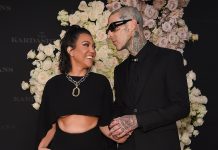