Who is Michael Strahan Dating? A Sneak Peek at His Dating Life 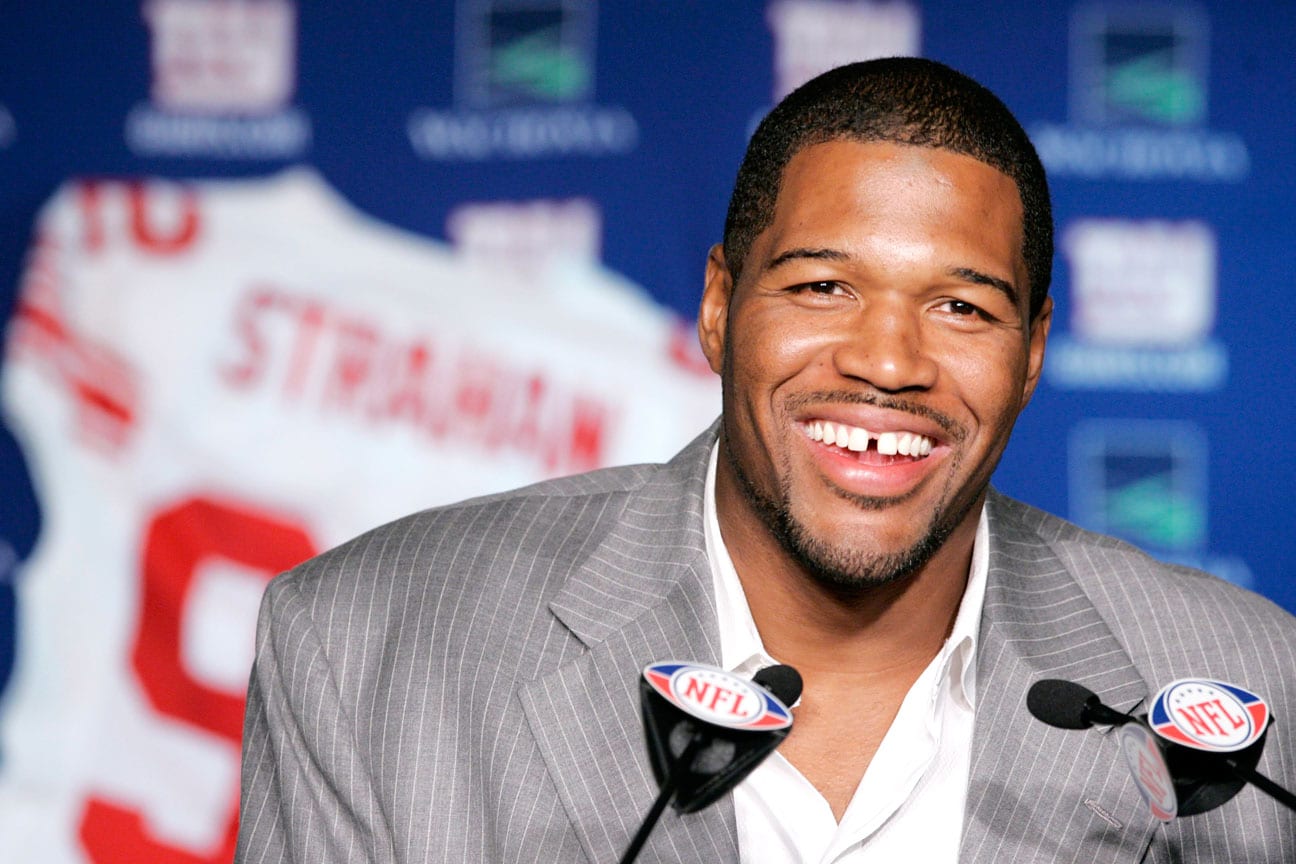 Michael Strahan is a former American professional football player and television personality. Who is Michael Strahan Dating and more on his life is something we will be taking up today. Michael Strahan is after all a big name in the industry and is known all around the world for his works and profession. Not only did he have a successful career in football, but also in television. As soon he left football, he started to work as a tv host and has had quite a successful career throughout. In the year 2014, he was even selected for the Pro Football Hall of Fame.

After spending 15 years of his career with the New York Giants of the National Football League, he took his retirement. Since then, we have often seen him being a host to being a football analyst on several occasions. Having such a tremendous and diverse career is rare, and maintaining that stardom is even more complex. It requires a lot of hard work. No doubt Michael Strahan is exceptionally hardworking and dedicated to the works he does. But due to his mass popularity, people are often keen to know more and more about his personal life as well.

The 49-year-old Michael Anthony Strahan was born on 21st November 1971 in Houston, Texas. He was the youngest amongst all his brothers and sisters. As we can already imagine by now, Michael has had quite a career. And is one of the most reputed players of all time. Like other celebrities, even Michael and his love affairs are keenly followed by his fans. But before we dig in any deeper, let’s find who Michael Strahan is Dating and more on his personal life.

Who is Michael Strahan Dating?

Michael Strahan has often been linked to many celebrities. Being so famous, people are always keen to know more about his life and dating history. Though Michael likes to keep his personal life extremely private, yet time to time, rumors of him dating came into the limelight. As of 2021, Michael never made any official announcement about his relationship, but the former NFL star was last known to be dating Kayla Quick. Whether or not they are still together is not known yet. But many assume them to be still together and leading a happy life. Despite all the news and rumors, Michael has chosen to keep his mouth shut on his relationships. After all, he has already had quite a history.

For those who don’t know it but, Michael Strahan has even been married before. He married twice and got divorced twice. He has four children and is often even called a super dad. Though Michael Strahan is active on his social media, he just updates his works or children and doesn’t disclose much about his dating life. So, according to rumors, if the American footballer turned media personality dating someone, it is none other than Kayla Quick. Kayla Quick is known to be 20 years younger than Michael, and there is a considerable age difference between the two. Nevertheless, they both seem pretty comfortable and happy together and have been often captured tother from time to time.

Apart from this, Michael has also had quite a history. He was even engaged to Nicole Mitchell in the year 2009 but decided to part their ways in 2014. Michael Strahan was married to his first wife, Wanda Hutchins, but their marriage didn’t last long. They have two children together, Tanita Strahan and  Michael Anthony Strahan, Jr. Michael Strahan takes proper care of his children. And keeps updating his fans on his social media from time to time. In the year 1999, Michael Strahan married for the second time. He married Jean Muggli, and the couple has twin daughters together named Isabella and Sophia. But they soon decided to part ways after their seven-year-long marriage and finalized their divorce on 20th July 2006. Much recently, Michael also tested positive for covid-19 in January 2021. Fortunately, he is doing fine now and taking good care of his health.

Giorgio Chiellini Net Worth: How Rich Is The Footballer Today?