Mia Khalifa announced her split in 2021 from her ex-husband, Robert. 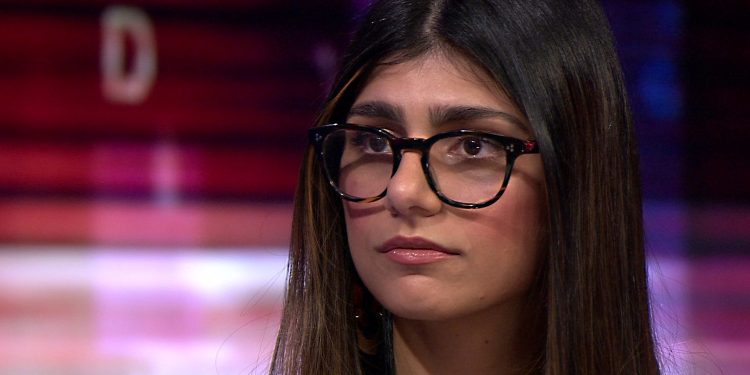 Mia Khalifa has found love once more after her divorce from her ex-husband, Robert. So, who is Mia Khalifa engaged to in 2021? Well, she is no longer engaged and married after her split with Robert in the summer of this year. But, she is already off the market as she is dating a Puerto Rican singer. She also made her relationship Instagram official earlier this month. Her split announcement came as shocking news for many as the ex-pair seemed happy. Furthermore, they were yet to have their wedding reception. She also wished Robert during his birthday with a lovely post just a few days before her split announcement.

Mia got married to Robert amidst the worldwide global pandemic in 2020. Before, that the couple had dated together for a while. It is not exactly as to when to come into a relationship. However, the pair got first seen together in 2018. Thus, it could be the beginning of their relationship. The ex-couple was supposed to get married and have a wedding reception in June 2020 with guests. But, the same got called off due to the pandemic, while the couple took their wedding vows at that month itself in their home.

Mia Khalifa is not engaged to anyone currently. However, she is dating Jhay Cortez, a Puerto Rican singer, in 2021. They have gone official recently after various speculations that the two seems to be dating. Meanwhile, the adult entertainer was once engaged and also married to Robert Sanberg. She announced her separation from Robert this year.

Her dating news comes a few months after her announcement split from her ex-husband. Mia married Robert in 2020 after three months of getting proposed which took place in 2019. Before that, Mia also had another husband with whom she got married in 2011 during her high school days. In 2014, they got separated, and their legal divorce took place in 2016. But, nothing is known of her husband from high school, not even his name.

Mia Khalia is dating Puerto Rican singer Jhay Cortez currently. People speculated that the pair is in a relationship after a video surfaced online in the summer. In the video, both of them are signing and cuddling with each other in one of the songs of Jhay. In October, they were again spotted together in Puerto Rico’s Jose Miguel Agrelot Coliseum and Mia also joined him on stage. After that, they shared a kiss while dancing around on the stage. Later on, both of them shared the moment in their own stories on Instagram.

Until then, the love birds did not confirm their relationship publicly. But, their actions that day pretty much spoke of how they were in love with each other. The love birds made their relationship Instagram official on November 05, 2021. They posted several photos of them together in the car and a video kissing each other. He captioned the post in Spanish language and tagged Mia. Meanwhile, Mia also posted several photos of her and Jhay together in her account. She also tagged and replied to him for his post in the Spanish language with a heart emoticon.

Mia was to have a wedding reception for their family and friends in 2021 with her ex-husband, Robert. She often spoke about the same with her husband on Instagram But, the reception never happened as Mia announced their separation in June 2021. She gave her news on social media. The former adult entertainer wrote that they could confidently say that they gave everything for making their marriage work.

However, they are walking away after almost a year of effort and therapy knowing, that they have really tried and still have a friend in each other. Mia also wrote on and said that the ex-pair will always respect and love each other because the split was not due to one reason. Rather, the breakup is due to the building up of several essential differences, which is irresolvable. Furthermore, none of them blames each other for such differences.

Also Read: Who Is Mizkif’s Girlfriend? All To Know About His Love Life