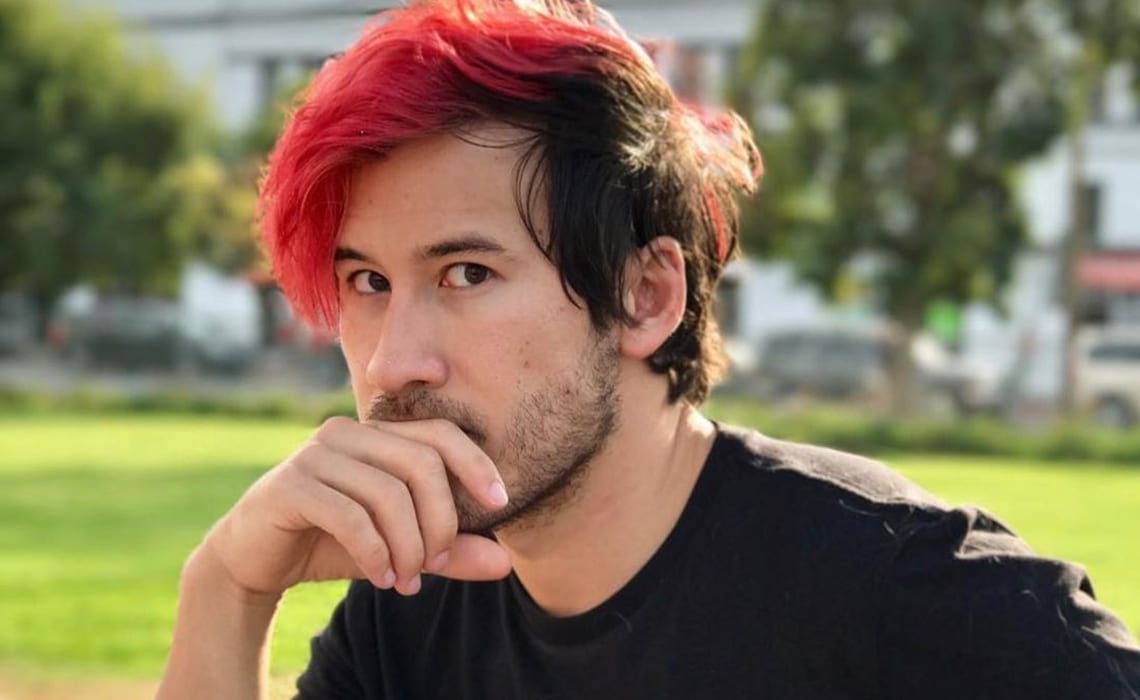 This is the age of innovations and doing things that are out of the box. People in every field, no matter what it is, are crazing for development and creativity for the sake of popularity and recognition. In this field of creativity, we have YouTubers in the top position. No one can surpass their level of creativity, for which they are widely known and are able to reserve their spot. Be it the content of their videos or the channel name, there is something that makes them distinguishable. One such YouTuber is Markiplier.

As the name suggests, he is a creative person, widely known for his YouTube videos and the channel name. Markiplier is an American YouTuber as well as a renowned actor and comedian. He has got various awards and nominations for his contribution to the gaming industry as well as in other fields. Hailing from Cincinnati, Ohio, U.S, the YouTuber has his origins in Honolulu, Hawaii. Currently, Markiplier lives in Los Angeles, California. He started his career in the year 2012, and after almost nine years, The comedian has made his spot among the best social media influencers in the world, along with being a famous celebrity. 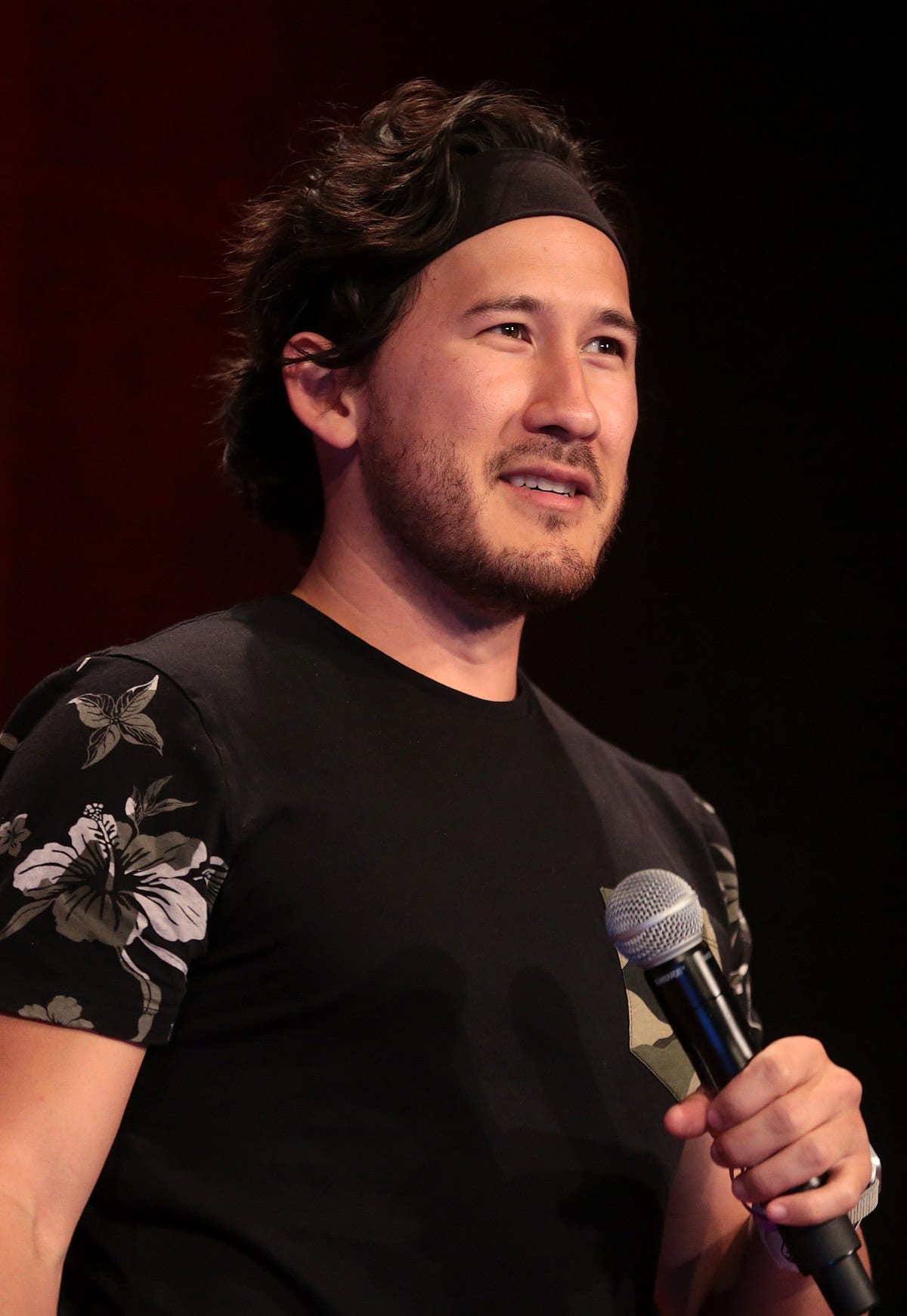 Originally named Mark Edward Fischbach, he is also a game commentator. Just like other celebrities, Fischbach’s life is also a topic of discussion. What is his pass his time? How does he spend his day? Who is Markiplier dating? and many more. Thus, in this article, we will try to answer these questions about Fischbach and find out Markiplier’s love interest.

Who is Markiplier dating?

The popular YouTuber famous for his playthroughs based on independent video games, commonly known as indie games and horror games, was in the news in 2016 when he made a public appearance with a graphic designer at the VidCon 2016. Since the public appearance, there were rumors about the couple dating. Later in 2016, Amy cleared all the speculations by posting a photograph of her and Mark on Twitter with a caption, ‘Oh jeez.’ 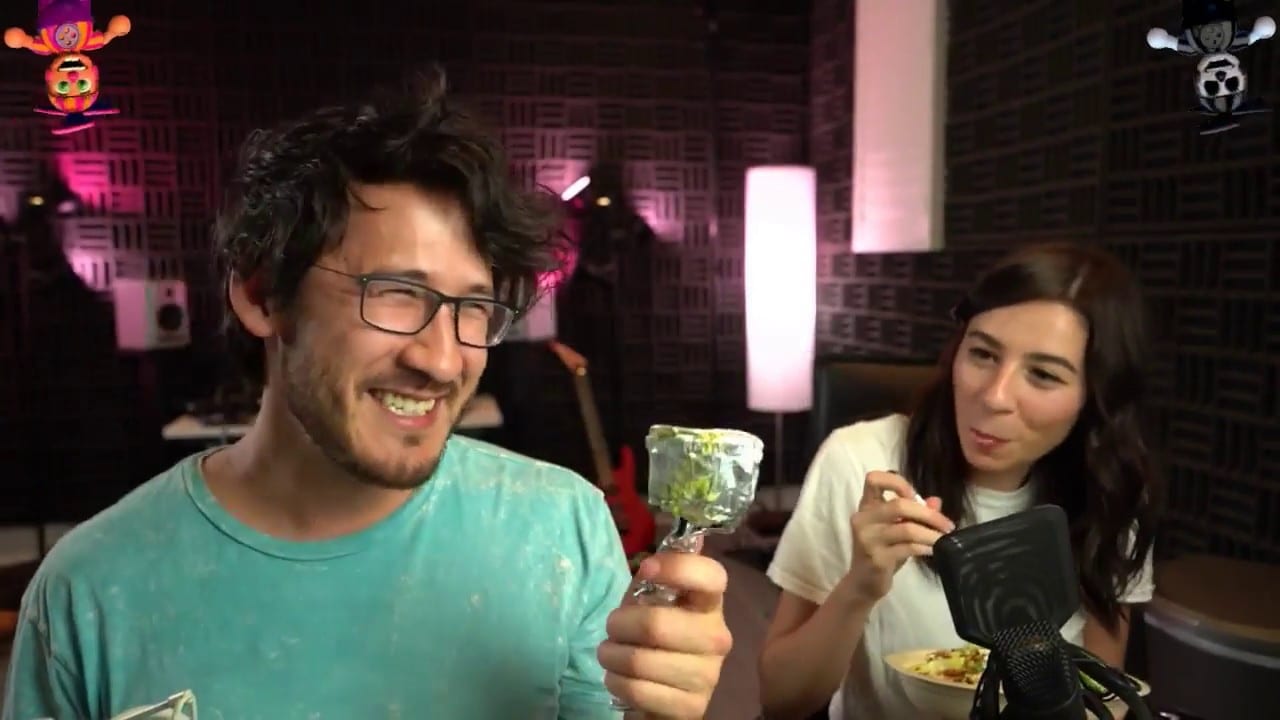 Thus, Amy and Mark are dating since late 2015 and have made public appearances a lot of times. Amy made her first appearance on Fischbach’s YouTube channel on his video ‘”DON’T LAUGH CHALLENGE #5’. Since then, she has been a regular entrant in his videos, specifically in the live-action videos.  She has also served as the judge for Mark’s live-action series named ‘Markiplier Makes,’ alongside her friend Kathryn Knutsen, who was Mark’s editor till 2018.

Amy Nelson, also known as Peebles, is a 26-year-old graphic designer and animator. She hails from Cincinnati, Ohio. She has been an important part of Markiplier’s editing team, especially in his live-action videos, for a long time now. Due to her practice with Markiplier, Amy has developed as an animator and graphic designer and edits the Unus Annus videos. Although the couple is seen living happily together and both Amy and Fischbach appear on each other’s social media frequently, there is no announcement about marrying each other.

More about Markiplier: Career and Success as a YouTuber

Markiplier is widely known for his gameplays of various indie and horror games on YouTube, like Five Nights at Freddy’s series, Garry’s Mod, Happy Wheels, Surgeon Simulator, and Slender: The Eight Pages, to name a few. An important aspect of Markiplier’s content is his live-action videos for charity, where he plays the games and collects donations for various charities like Best Friends Animal Society and Cincinnati Children’s Hospital Medical Center simultaneously.

After joining YouTube on March 6, 2012, Fischbach’s initial content was based on sketch comedy. His channel name, Markiplier, is a combination of Mark and multiplier. His first gameplay was of the game series Amnesia: The Dark Descent. Unfortunately, after playing some other games, his Google AdSense account was banned, leading him to make a new channel on May 26, 2012, titled markiplierGAME.

Fischbach has been an avid contributor to various campaigns like the LGBT rights movement, and he openly criticized the murder of George Floyd. Mark co-owns a clothing company named ‘Cloak,’ along with  YouTuber Jacksepticeye and Unus Annus’ co-host. On YouTube, Markiplier has over 29 million subscribers and around 15.6 billion views till now. Apart from this, Mark has collaborated with various YouTubers like CrankGameplays, Jacksepticeye, LordMinion777, Muyskerm, PewDiePie, Matthias, Game Grumps, and a dozen of celebrities, such as Jimmy Kimmel and Jack Black.

Also Read: Who Is Marcus Dobre Dating, Is The Youtuber Still Single?