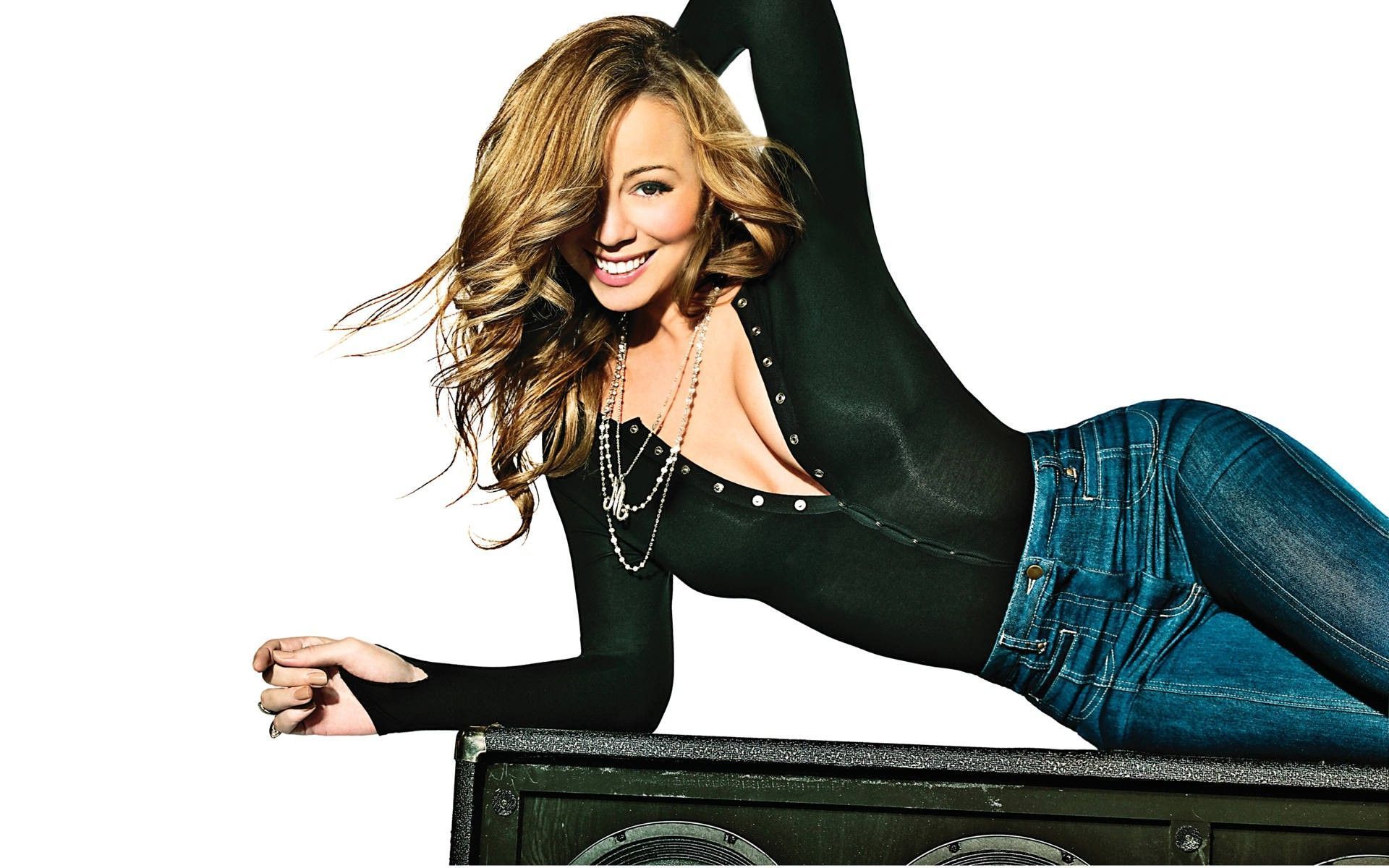 The woman who is often referred to as “Songbird Supreme” and the “Queen of Christmas” is undoubtedly one of the most influential icons in the music industry. She is Mariah Carey, who rose to popularity for her five-octave vocal range, unique vocals, contemporary style, and her iconic use of the whistle register. She is not only a singer, songwriter but also a record producer, actress, entrepreneur, and television judge. 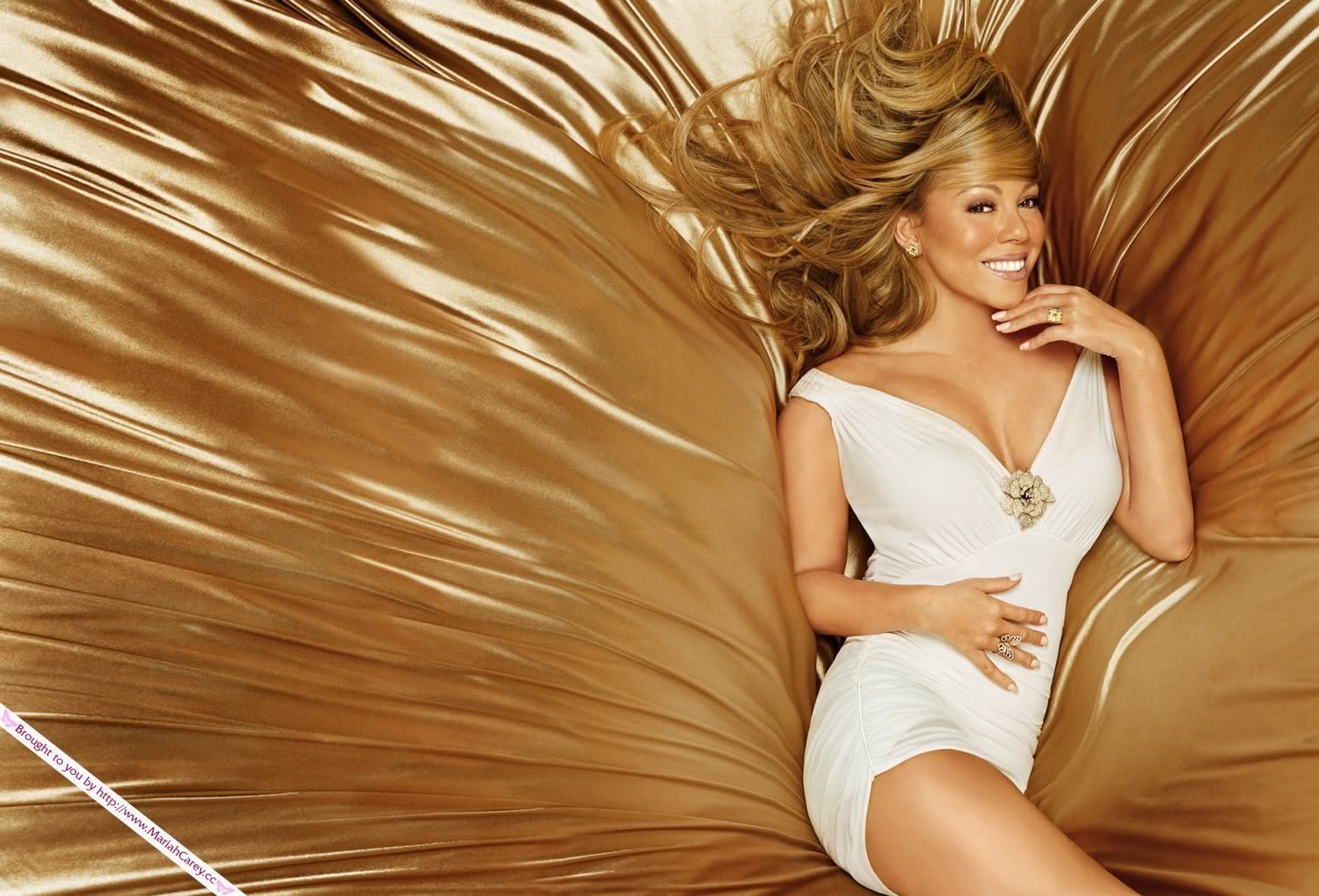 Her debut album ‘Mariah Carey’ was released on June 12, 1990, under the label of Columbia Records. After the album released her voice was totally ruling on people’s hearts and was widely successful. The album topped the U.S. Billboard 200 album chart for 11 consecutive weeks and certified nine-times Platinum by the Recording Industry Association of America and sold over nine million copies in the United States. She was also the world’s best-selling music artist of the 1990s and the best-selling pop female artist of the millennium and got honored in the World Music Awards. Her net worth is almost $300–520 million. 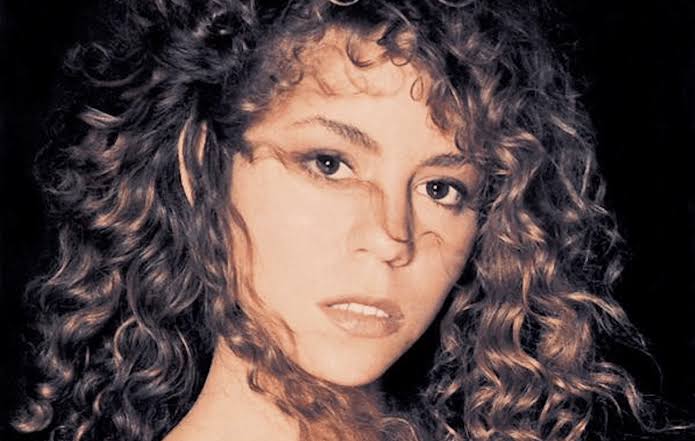 Her other albums Music Box released in 1993, Merry Christmas, and Daydream released after two consecutive years became globally acknowledged. Her tracks from the albums “Hero”, “Without You”, “All I Want for Christmas Is You”, “Fantasy”, “Always Be My Baby” were superhits. Her songs were a mix of contemporary genres, slow ballads, and up-tempo tracks. She also discovered new sides of hip hop and introduced it to her song Butterfly released in 1997. She again topped the US Billboard Hot 100 decade-end chart and Billboard named her as the most successful artist of the country in the 1990s.

She was doing great in her music career until in 2001, she suffered from anxiety and had frequent panic attacks which also had an effect on her physical health. She also acted in a film that time, Glitter which was a failure and it dragged her self-esteem down more. After a break, she came back with a blockbuster album proving that bad times pass and it’s temporary. Her album which was released in 2005, The Emancipation of Mimi became the world’s second-best-selling album of 2005 and she topped all charts like a queen. “We Belong Together” her second track from the album ranked the US Billboard Hot 100 decade-end chart of the 2000s. Not only as a singer but she also made a powerful comeback as an actress in the movie Precious in 2009 and had received the Breakthrough Actress Performance Award. She also starred in other films and received appreciation for her roles in movies like The Butler released in 2013, A Christmas Melody released in 2015, and The Lego Batman Movie released in 2017. She starred in her own documentary Mariah’s World. She also appeared as a judge on American Idol.

She kept on with her musical career and has made her name in pop and contemporary R&B music culture. She holds the record for the greatest achievement by a female artist having sales of albums over 200 million records globally, having the most number-one singles ranked in the charts as a solo artist, a female songwriter, and a female producer. In 2019 Billboard once more honored her as the all-time top female artist in the United States.

The Awards Mariah Carey Received And More About Her Records

Mariah Carey received five Grammys in her whole career, a prestigious award for recognition of the achievements in the music industry. She also has nineteen World Music Awards, ten American Music Awards and fifteen Billboard Music Awards. Even in 2020, Carey stands strong in her position and is the second-best-selling female artist possessing over 66.5 million unit shipment in the US. Carey has ranked number one in Billboard Hot 100 chart for 84 weeks which is the greatest number for any music artist in US chart history.

She is the first solo artist and the second artist after The Beatles who have ranked 19 singles in number one position in Billboard Hot 100. She is also the first artist to have a number one song in a decade. Her list does not stop here, she is also the only artist who held her position at the top of Billboard’s Hot 100 chart for sixteen consecutive weeks in 1996 until 2019, Lil Nas’s Old Time Road broke the record.

Her song cover of “I Want to Know What Love Is” by Foreigner was the longest-running number-one song in Brazilian singles chart history. Her popular album Merry Christmas was released in 1994 and sold over 15 million copies overall and became the best-selling Christmas release. The single, “All I Want for Christmas Is You” was unbelievably popular in that it was the only holiday song and ringtone which made its position in multi-platinum status in the US. She also held three Guinness World Records for this song in 2019 as it became the best-selling and most recognizable Christmas song including being the most streamed female artist on Spotify. Mariah Carey also broke and set up many other records and proves why she is considered as one of the most prominent names in the music industry. 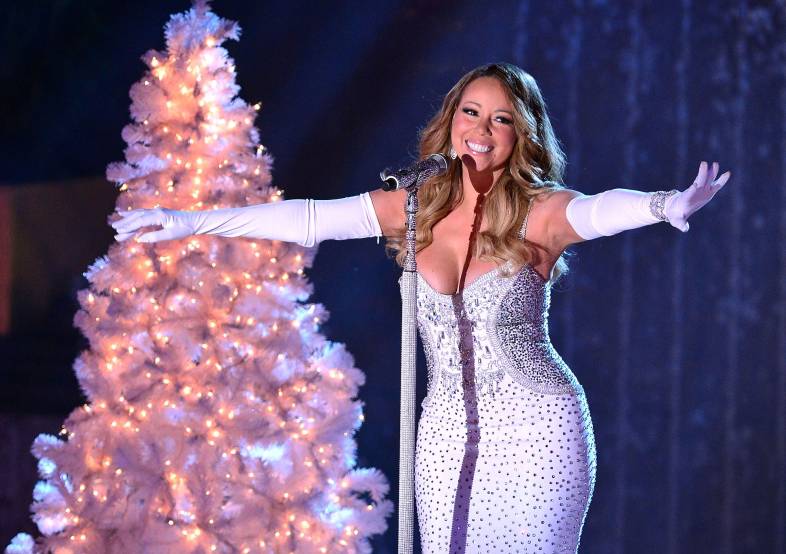 Mariah performing her Christmas hit song, All I Want For Christmas is You 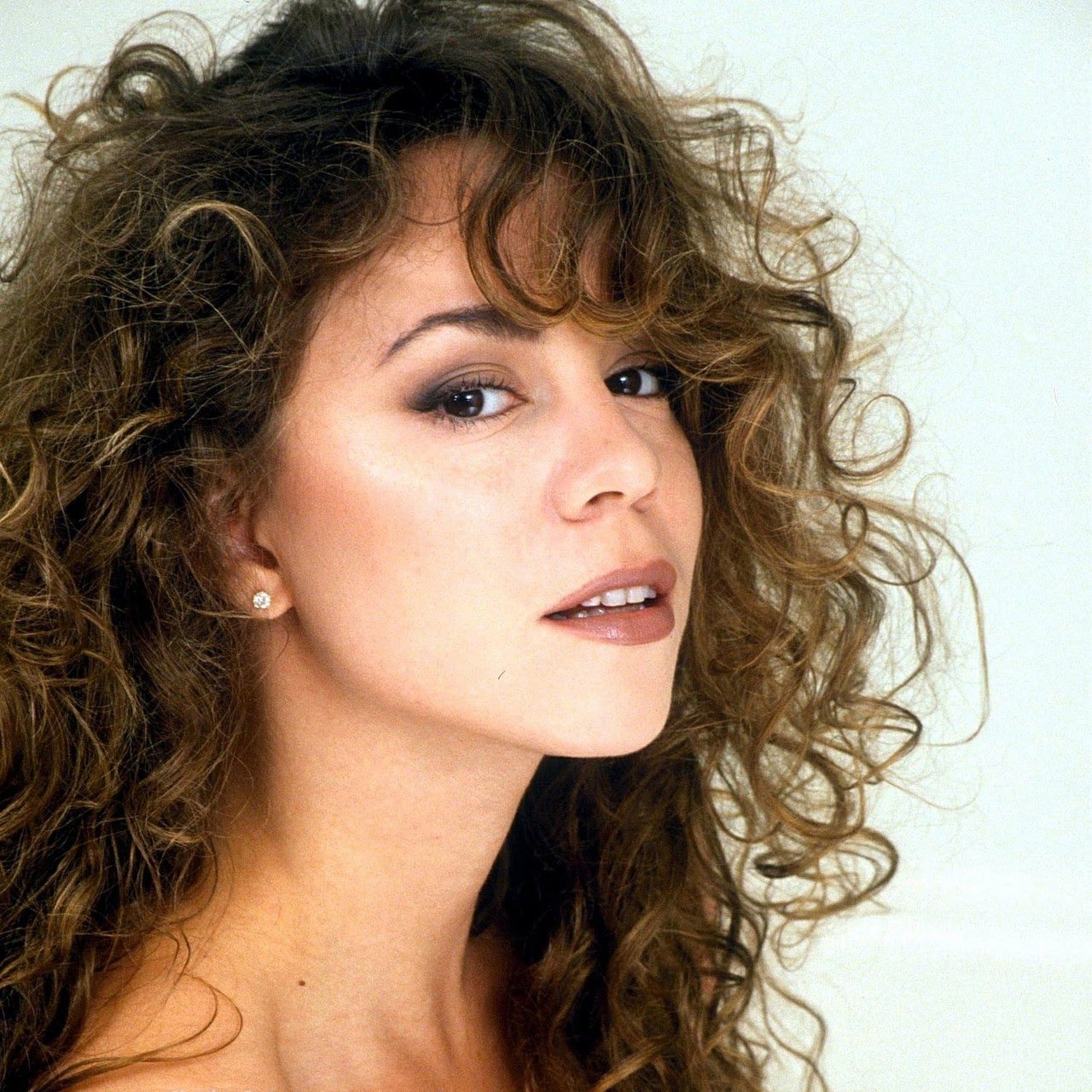 Mariah Carey was born on March 27, 1969, and is currently 52 years old. She was born in Huntington, New York, the U.S. Her mother was an opera singer and vocal coach, and her father is an aeronautical engineer. As her mother is Irish and her father is an African-American and Afro-Venezuelan descent, her mother got disowned by her family for marrying a black man. She had faced a lot of racism since she was young and it deeply affected her. She lost contact with her father and lived with her mother after her parents got divorced. Her mother was a big inspirational figure for her and she started singing at the age of three when she used to be alone in her home. She also received vocal training from her mother.

Slowly when she started growing she got better in her music and also took much interest in literature, and wrote songs and poetry. She has mentioned Billie Holiday, Sarah Vaughan, Al Green, Stevie Wonder, Gladys Knight, and few other artists as her inspiration in gospel music, R&B, and hip hop. After she graduated from Harborfields High School in Greenlawn, New York she got a chance to be a part of the Long Island music and interacted with many musicians. She wrote and co-wrote songs for demo singing.

Her Participation In Other Works- 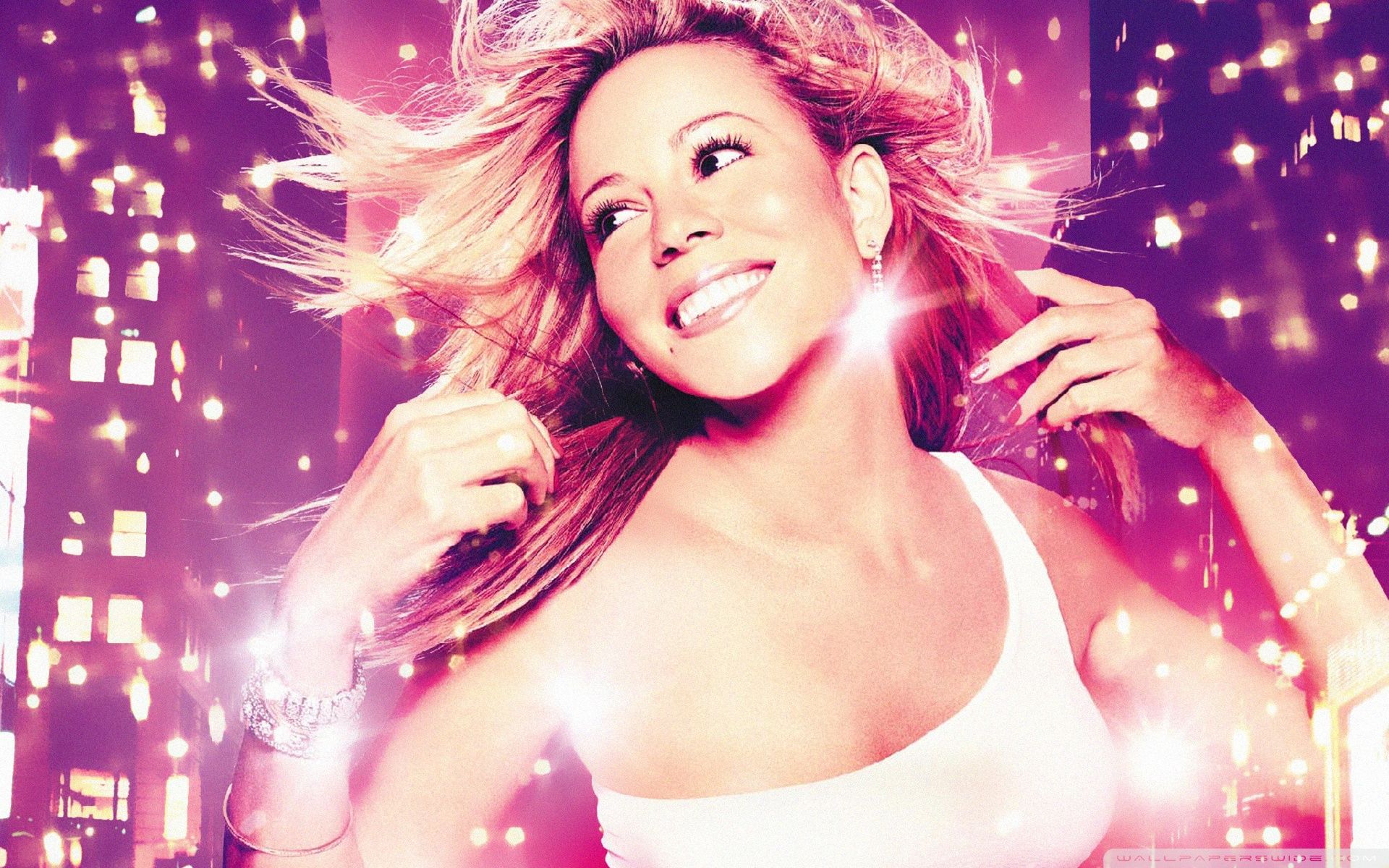 Mariah Carey at a photoshoot

Mariah is an active member regarding her involvement with several charitable organizations. She is the co-founder of a camp located in Fishkill, an organization to help the youth who are interested in arts and helps them with their career opportunities. She also donated money for charities from her hits and sales. She is known as a generous artist and having a kind heart. In the Covid-19 pandemic, she helped to raise $8 million to help people by holding an online concert. She has also voiced her opinions for Black Lives Matter.

Mariah has always avoided brand endorsements when she was at the climax of her career. She started to accept offers in 2006 and appeared in commercials involving Intel Centrino personal computers. She also launched jewelry and accessories especially for teenagers including glamorized, in American Claire’s and Icing stores. She also promoted brands like Pepsi and Motorola and released her own fragrance, “M” under the cosmetics company Elizabeth Arden.

Information On Her Private Life And Dating- 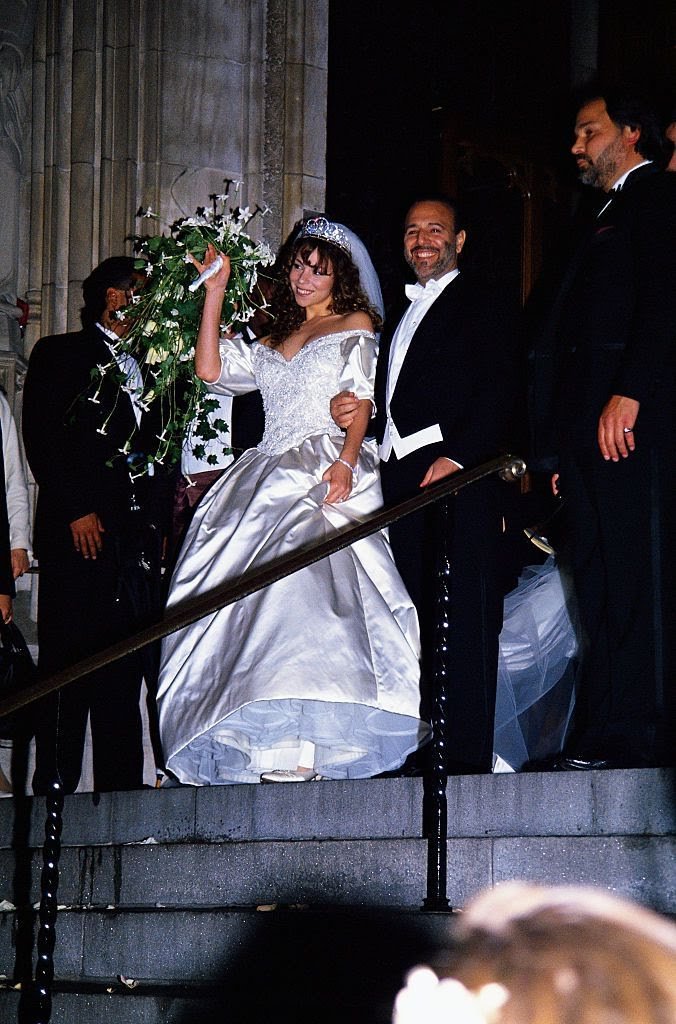 Mariah’s wedding dress in her wedding with her first husband, Tommy, now ex-husband

Mariah married Tommy Mottola in June 1993 in a lavish wedding hall and has supposedly inspired by the wedding of The Royal Family. The couple met while she worked for Music Box. They lived in a huge mansion named “Sing Sing” which is a 51-acre estate. She was open about the problems she faced to balance between her married life and career. Her married life affected her career including her husband’s dictatorial nature and slowly their bond deteriorated. Due to their growing conflicts, they decided to separate their ways on May 30, 1997.

She then dated a singer, Luis Miguel for three years till 2001, but it didn’t last long. Mariah then met Nick Cannon, an actor, and comedian during a movie shoot and fell in love with him. The couple tied knots On April 30, 2008, and gave birth to her children Moroccan and Monroe, who are fraternal twins. Unfortunately, the couple decided to get divorced in 2014, and it got finalized in 2016. She dated an Australian billionaire James Packer but the relationships did not last long. She also revealed that she was diagnosed with bipolar disorder and had opted for medical help. 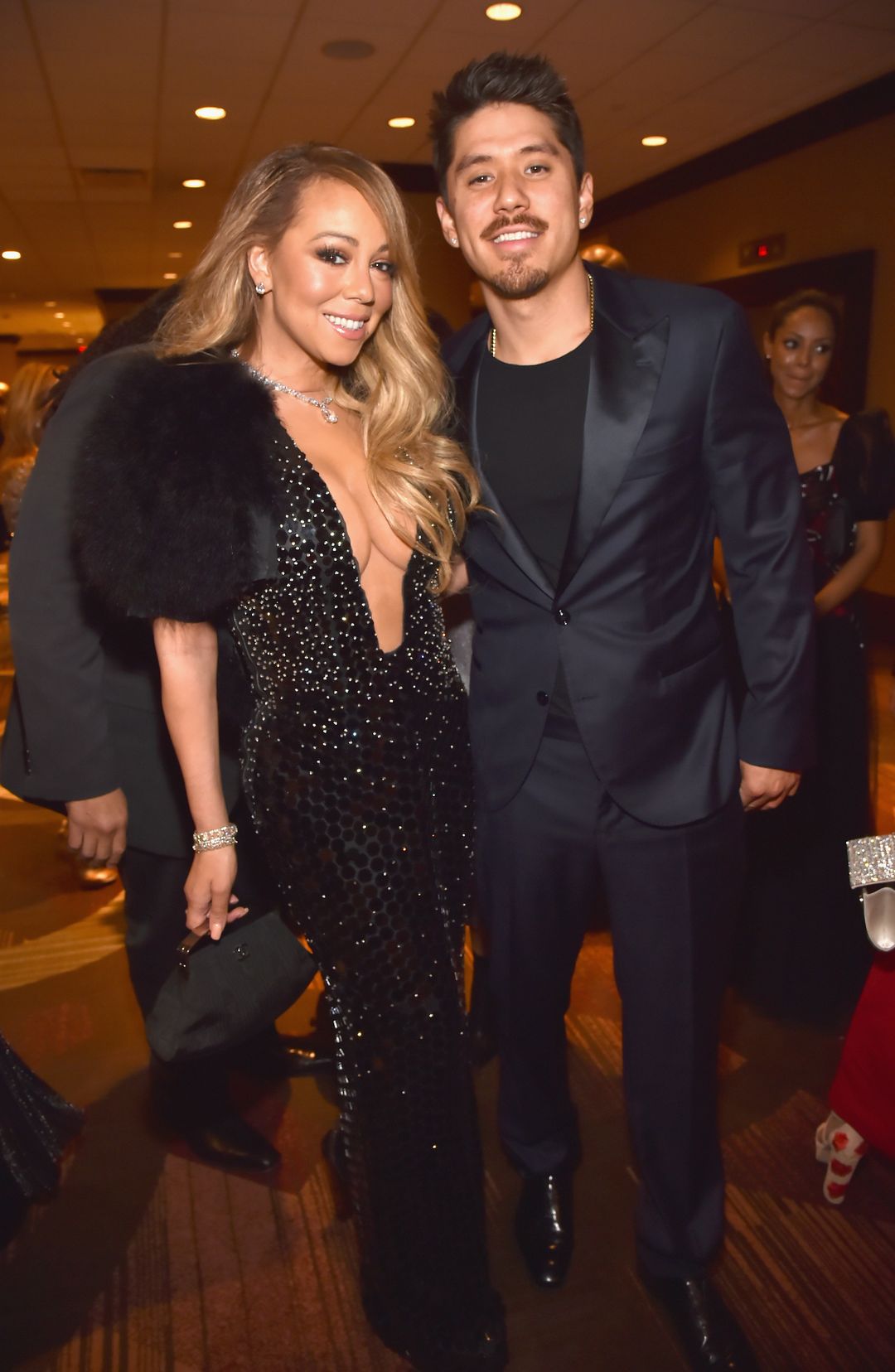 She is pretty much open about her dating life and has agreed to the dating rumors and said she is dating a choreographer Bryan Tanaka, who was her former back dancer and has worked with many famous celebrities. Though initially people were shocked about their thirteen-year age gap Mariah could care less. The couple also post pictures on their social media accounts and the couple looks adorably cute.