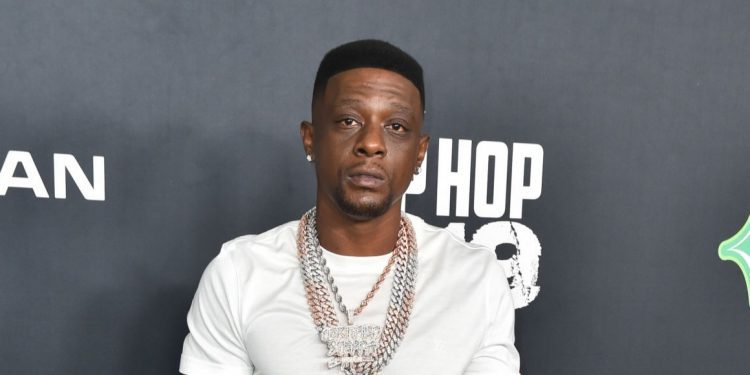 Torrence Hatch is a well-known American rapper who goes by the stage name Boosie Badazz or Lil Boosie. From growing up on the rough streets of Baton Rouge to becoming a well-known rapper, Boosie has seen it all. Lately, Boosie has been making news for his personal life. We will cover all aspects of his love life here, including who is Lil Boosie’s girlfriend? Despite his early life’s ups and downs, he was driven to succeed since he had a hidden talent for rapping. He rose to popularity with his 2009 album “Superbad: The Return of Boosie Bad Azz.” He went on to release a number of albums and appear on numerous mixtapes and compilations.

The trending rapper has worked with a slew of southern hip-hop stars, including Three Six Mafia, Yung Joc, Webbie, and Bun B, and he’s now branching out into other areas of the industry, signing acting roles and launching his own clothing brand. As his stardom rose, Boosie found himself in legal difficulties, and he was sentenced to eight years in prison. However, one of his CDs was issued while he was imprisoned. Shortly after his release, he expressed his intention to continue his hip-hop career. He didn’t spend any time getting started on his next album.

Who Is Lil Boosie’s Girlfriend?

Lil Boosie is currently involved in a serious relationship with Rajel Nelson. Rajel Nelson rose to prominence as a result of her relationship with Lil Boosie, also known as Boosie Badazz, a prominent rapper. Rajel seemed to be having a good time with Boosie. She is in a relationship with a man who has always been surrounded by controversies. The issues range from transphobic remarks to the use of illegal drugs; the list is extensive.

Rajel Nelson is a social media influencer and actor. The actress has over 150,000 Instagram followers, and she frequently flaunts her love of fashion and modeling. She also has a TikTok account with more than 16,000 fans. Rajel is also said to have been in a few of the rapper’s music videos. Boosie was also included in one of her TikToks when he demonstrated a hilarious “magic” trick he learned.

Rajel Nelson, aka Boosie Badazz’s girlfriend, is probably in her twenties. Many rapper fans have observed and commented on her youth in comparison to Boosie, and many have expressed their displeasure on social media.  Lil Boosie was born in 1982 and is 39 years old. As a result, Boosie and his fiancée have an age difference of more than a decade, which frustrates many of Boosie’s fans. Boosie, on the other hand, is unconcerned. So far, Boosie has been in relationships with a number of ladies, but none of them has stayed out. It’ll be fascinating to see how far his friendship with Rajel develops.

What Did The Rapper Say About Lori Harvey?

In early 2021, Boosie was chastised for his statements on Lori. “I think we the people need to stop giving the ladies the power in the circumstances like in the cases remarked during the interview when asked about Lori’s dating history. “Girls keep shouting ‘goals,’ but this isn’t goals,” he continued. We, the people, need to start giving credit to the bachelors, the men, who are rushing through such gorgeous ladies. Who isn’t housing her, who isn’t passing through her? “Many fans were outraged by the rapper’s remark at the time.

Lil Boosie’s girlfriend, Rajel Nelson, is quite active on Instagram and goes by the username, itsrajel. Rajel’s Instagram profile is not verified. She does, however, have over 150,000 followers and has 59 posts. She posts images of herself in various costumes. On Instagram, she describes herself as an entrepreneur and actress. She does not share images of herself with Boosie on Instagram, but she does post the pictures on her Instagram story from time to time. Although Bossie does not have an official Instagram page, he does have a large number of fan sites.

Rajel Nelson is most likely of African descent. Nelson is currently residing in the United States of America. There is no accurate information on her before Lil Boosie because many things about her family are not publicly available. Her boyfriend’s family information, on the other hand, is public. He has eight children with six different mothers. As a result, the Boosie family is far larger than others. He believes he is not cut out for marriage. Her family is a well-guarded secret for her. She has no photos of her family on her Instagram account, implying that she wants to keep her family details private. She doesn’t want them to be the center of attention.