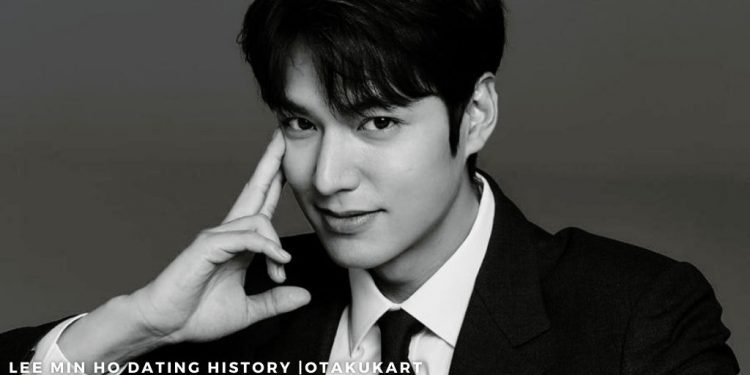 The whole world wants to know who this incredibly talented and handsome actor Lee Min Ho is dating. There is no doubt that Lee Min Ho has been taking over the kpop industry. Debuting in 2003, the actor has gifted fans with many iconic kdramas like  ‘Boys Over Flowers’, ‘The Heirs’, ‘ Legend Of The Blue Sea’, ‘City Hunters’, and ‘The King: Internal Monarch’. It must come as no surprise to kdrama addicts that Lee Min Ho has one of the best acting skills in the whole industry. Whether it is the heart-throb Kim Tan, or the rich and glamorous Heo Joon Jae, or the powerful and wise Lee Gon, Lee Min Ho has given the audience one of their favorite characters ever.

Not only is Lee Min Ho a great actor, but he is also an awesome singer. Fun fact, he even sang the OSTs ‘My Everything’ in Boys Over Flowers and ‘Painful Love’ in The Heirs. Lee Min Ho also has a very fun and down-to-earth personality which will make you fall in love with them in an instant. So fans have been wanting to know who has caught the attention of the Hallyu star? As of now, Lee Min Ho is dating no one. But there has been a special someone in his life from time to time. In this article, we are going to take a look at all the fabulous ladies Lee Min Ho has dated.

The first-ever publicly known girlfriend of Lee Min Ho was Yoo In Na. Fans went wild when Dispatch revealed that Lee Min Ho was dating Yoo Ina when he was just starting his acting career and hadn’t made it big yet. Cute photos of the couple could be found on the internet.

Have you ever shipped two actors for their chemistry? Lee Min Ho and Park Min Young must have been one of them.  Park Min Young has given the audience splendid kdramas like ‘Healer’, ‘What’s Wrong With Secretary Kim’ and ‘ Her Private Life’. Lee Min Ho and Park Min Young had started dating each other while filming for the k-series ‘City Hinter’. It wouldn’t come as a surprise that fans had loved the pair as their chemistry was lit. Unfortunately, the two had parted ways just five months after dating. Although there were rumors that the couple had patched up, it has been quite clear that the actors have moved on.

Yes, you heard that right! Lee Min Ho has dated the former Miss A member and Korea’s first love Bae Suzy. You could’ve imagined how crazy fans must have gotten with the news. The ‘Start Up’ and ‘While You Were Sleeping’ fame Bae Suzy and Lee Min Hoo dated for a total of three years. And Lee Min Ho was the one who had made the first move. Even though he was nervous, he had managed to ask her out, and the two got real close. And even when they had busy schedules, they always made time to meet up with each other.

They were even going strong in the second year of dating, where they even threw a party together for their friends. But sadly, after about three years of dating, both of the actors’ entertainment agencies confirmed that the two had broken up and have decided to remain good friends.

Just like many famous actors, Lee Min Ho has had his own share of weird dating rumors. One of the oddest rumors was his and Taylor Swift’s dating rumors. And surprisingly, the rumor spread like wildfire until the actor’s agency stepped in. MYM Entertainment shared that the two stars had not even met. Moreover, dispatch had also started dating rumors of him and former Momoland member Yeonwoo. Dispatch had released photos of the two getting in a car for a supposed date.

Although both of their agencies debunked the rumors by saying that Lee Min Ho and Yeo Woo weren’t going on a date but that other people were also in the car. Their agencies even said that the two actors were only good friends and nothing more than that. These were just some of the popular crazy dating rumors of Lee Min Ho. Not to exaggerate, the actor is shipped with all of the actresses of the Korean industry.

Also Read: YBN Nahmir’s Girlfriend: Is He Dating Anyone?

Are Ida And Aoki Going To Have A Happy Ending In ‘Kieta Hatsukoi’ Episode 10?

What Will Succession Finale Entail For The Roys? Spoilers & Speculations