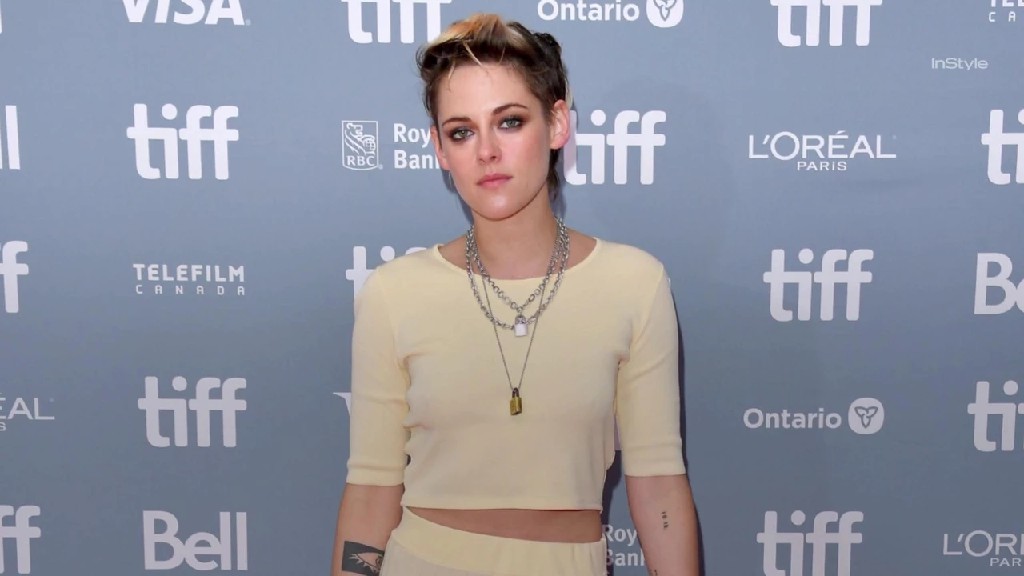 Kristen Stewart At An Event By Telefilms

It still feels like yesterday when we saw Kristen Stewart blowing the fans away with her role in Twilight as Bella. Since then, we have seen the actress grow right before our very own eyes. From Bella to transitioning into various roles as an actor to soon making her directorial debut. Now making a mainstream return after a hiatus with Charlie’s Angels (2019). Plus several highly anticipated movie projects including A Life In Men and Spencer. Apart from garnering the movie success and dedicated fanbase. Kristen Stewart’s personal lives and linkups are something that has been in the air for the past years too.

From her breakthrough in 2004 to today. The star is linked up with several celebrities and her partners. Today we are taking a look at who Kristen Stewart is dating right now and a look at her relationship timeline in all these years. So let’s begin.

Who Is Kristen Stewart Dating As Of Now In 2021?

Kristen Stewart is currently dating Dylan Meyer as we know. Dylan Meyer is a screenwriter who has worked on several projects. She wrote the Netflix drama XOXO. If we look at her most recent work it’s another Netflix film. An adaptation of Moxie directed by Amy Poehler. She also wrote and co-produced a short film Rock Bottom which went on to win the award for Best Short at the 2019 Chattanooga Film Festival. Currently, Meyer is working on her directorial debut. 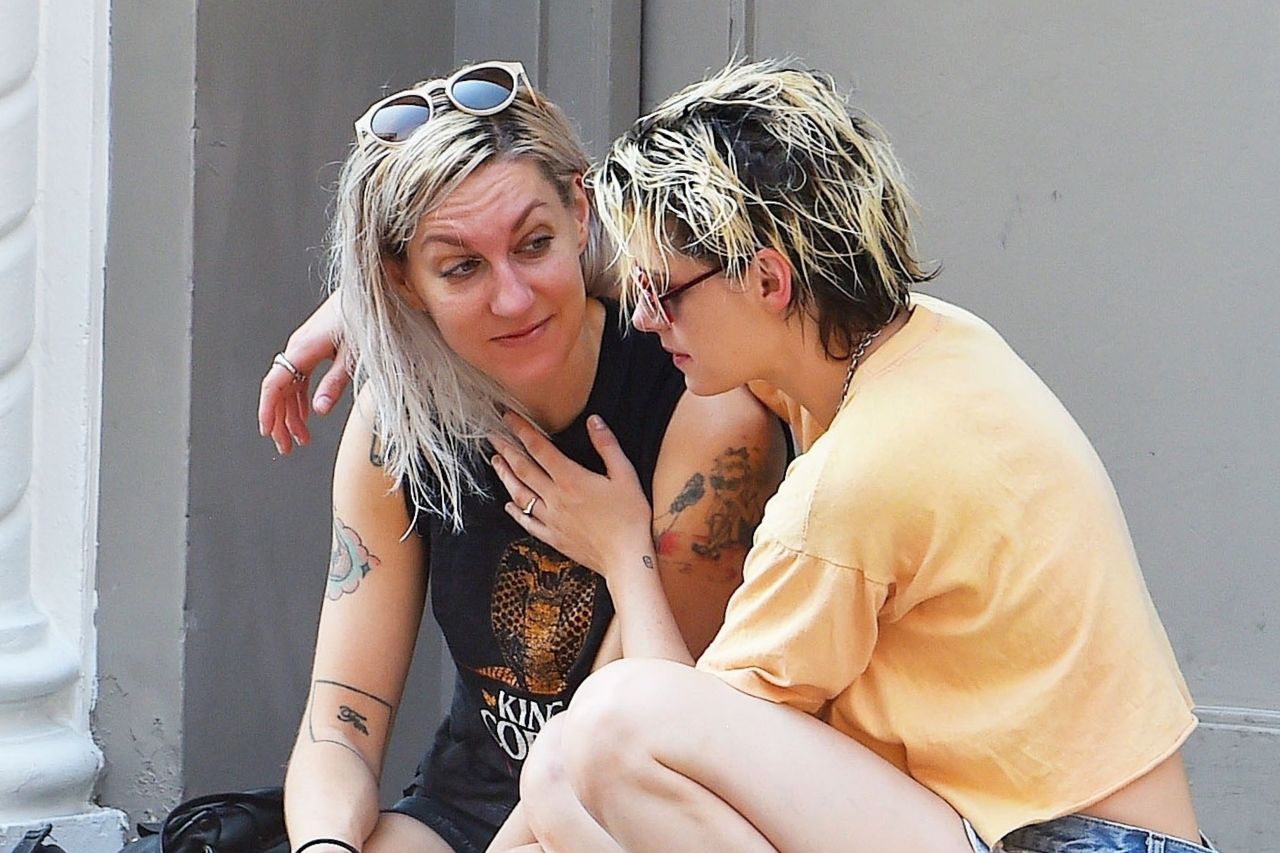 In August 2019, rumors about Kristen Stewart dating someone new began to flourish when she was caught kissing Meyer in New York Stoop. In November of 2019, on The Howard Stern Show, Kristen Stewart confirmed about dating Meyer. Plus she shared more insight on how it all began. Kristen Stewart told Stern, she met Dylan years ago on a movie set and then six years later at a friend’s birthday party.

Kristen Stewart revealed she confessed her love for Meyers in only tw0 weeks of dating. She further stated how they are both similar in nature as both are from LA and are similar but different too. Stewart further confessed that dating a girl opened her life and she is much happier now.

Way back before Kristen Stewart found her heart for Dylan Meyer, there were several boys and girls she dated. There are names from her Twilight co-star to a few on and off relationships. Long back Stewart mostly kept her dating and personal life more secret until she started dating girls where she has been more public. Anyway, let’s take a look at the star’s past relationships and linkups. 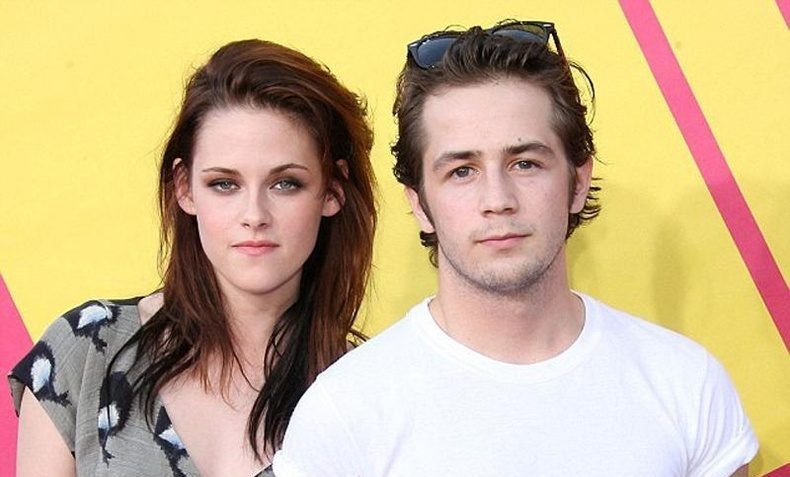 Kristen Stewart And Michael Angarano From An Event On MTV

During her breakout years, Kristen Stewart met Michael Angarano on the sets of Speak. The couple went on to date for three long years until Twilight New Moon came. That’s when things started falling apart for the couple. Their relationship kind of fizzled out before Stewart broke into the Hollywood scene. You may remember Michael Angarano for movies like Sky Hight and This Is Us.

Probably the most high-profile relationship here. Kristen Stewart and Robert Pattinson’s relationship was quite a talk of the town. Especially after the popularity, both gained out of their on-screen roles of Twilight. The couple’s relationship lasted for four years from 2009 to 2013. The relationship fell apart when Stewart was rumored for dating Snow White & The Huntsman director, Rupert Sanders. 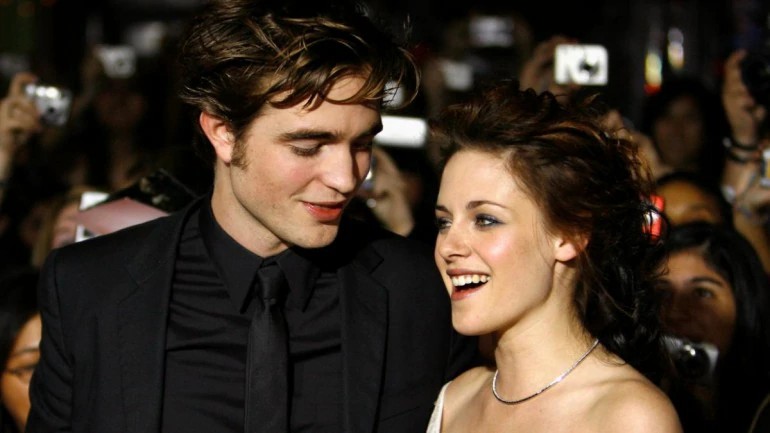 At one point, Stewart even wanted to marry Pattinson. Anyway, even after the split, today both Robert Pattinson and Kristen Stewart look up to each other with respect. Stewart recently applauded Pattinson for taking up the role of The Batman in the upcoming Matt Reeves directed the film. 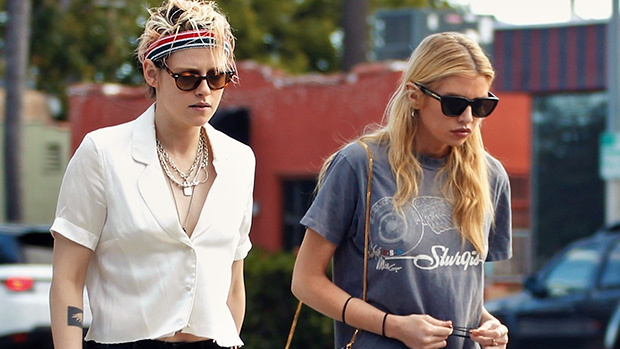 Kristen Stewart And Stella Maxwell spotted hanging out after split

Kristen Stewart began dating Stella Maxwell during Victoria’s Secret model in early 2017. There were kind of serious vibes between them but the both of them ultimately split in 2018. There were few on and off reconciliation between them but never led to another serious relationship.

Other Notable Linkups Of Kristen Stewart

Before dating Stella Maxwell and getting out of the highly popular relationship Robert Pattinson. Kristen was linked with her manager Alicia Cargile. For a year, they were on and off dating and Stewart went on to say how happy she is with women. The relationship was a mark of Stewart opening up but the couple fizzled out soon in 2016.

Shortly after Alicia Cargile, Stewart, and St. Vincent were rumored to be together after spotting them a few times together. They even made an appearance at a Fashion Fund Show in October 2016 before breaking up soon. Kristen Stewart was also linked with French musician SoKo who confirmed their relationship in 2016 but got separated weeks later. Then Stewart found her heart in Stella Maxwell eventually the star ended up with Dylan Meyers later on.

Also Read: Is The Renowned Producer Milo Ventimiglia Dating Anyone In 2021?