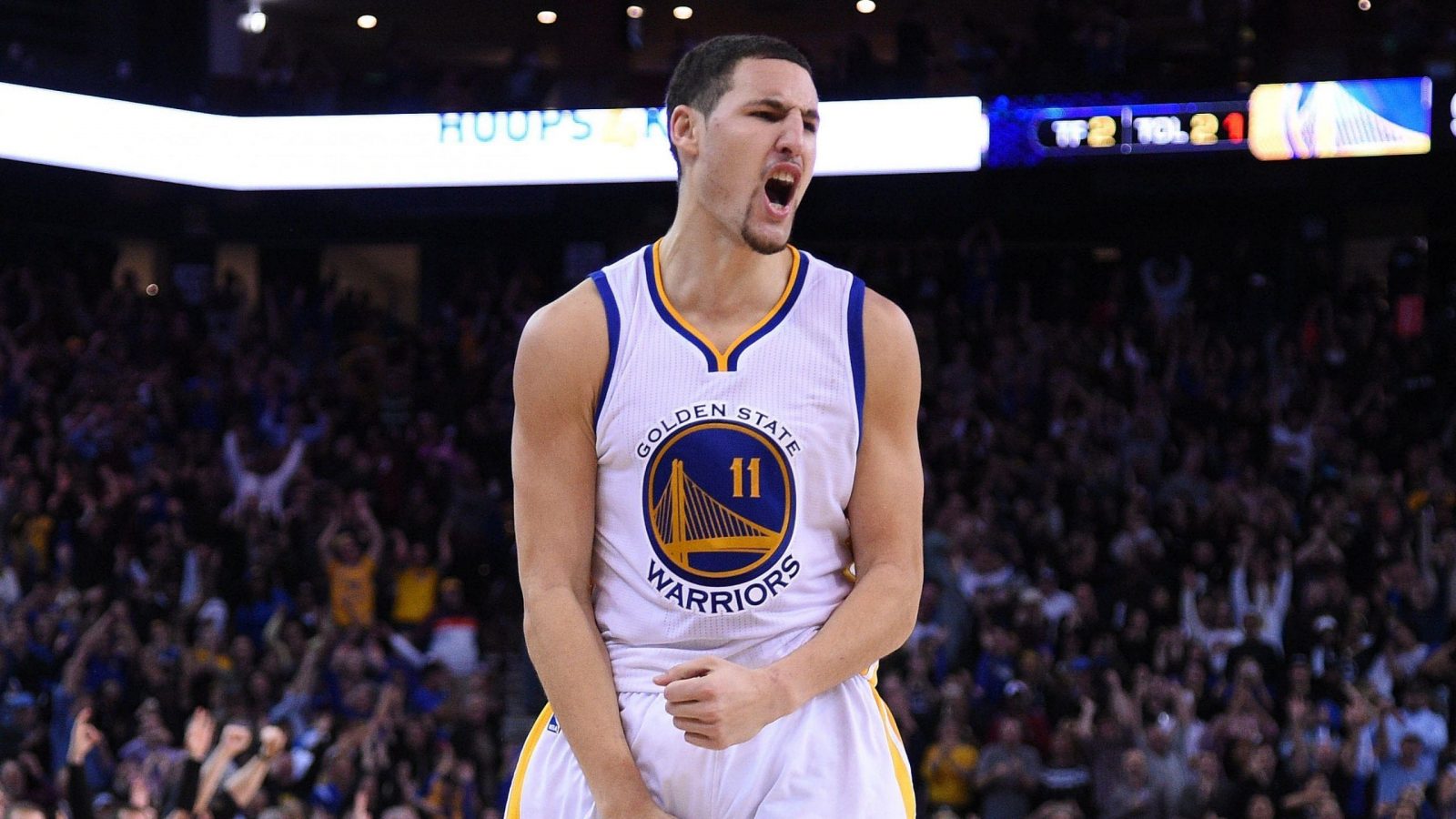 If you’re someone who is interested in sports and especially basketball, there is no way you haven’t come across the name Klay Thompson. Klay plays basketball for the Golden State Warriors of the National Basketball Association (NBA) and has made many important achievements in his career and his team. Klay is a three-time NBA champion with the Warriors, a five-time NBA All-Star, and also a two-time All-NBA Third Team honoree.

Based on his extraordinary shooting techniques, he is called one of the greatest shooters in NBA history. The 6 feet 6inches tall player has broken and set up many records in his 10 years career till now and is also the 2016 NBA Three-Point Contest champion. Klay played college basketball with the Washington State Cougars for nearly 3 years. 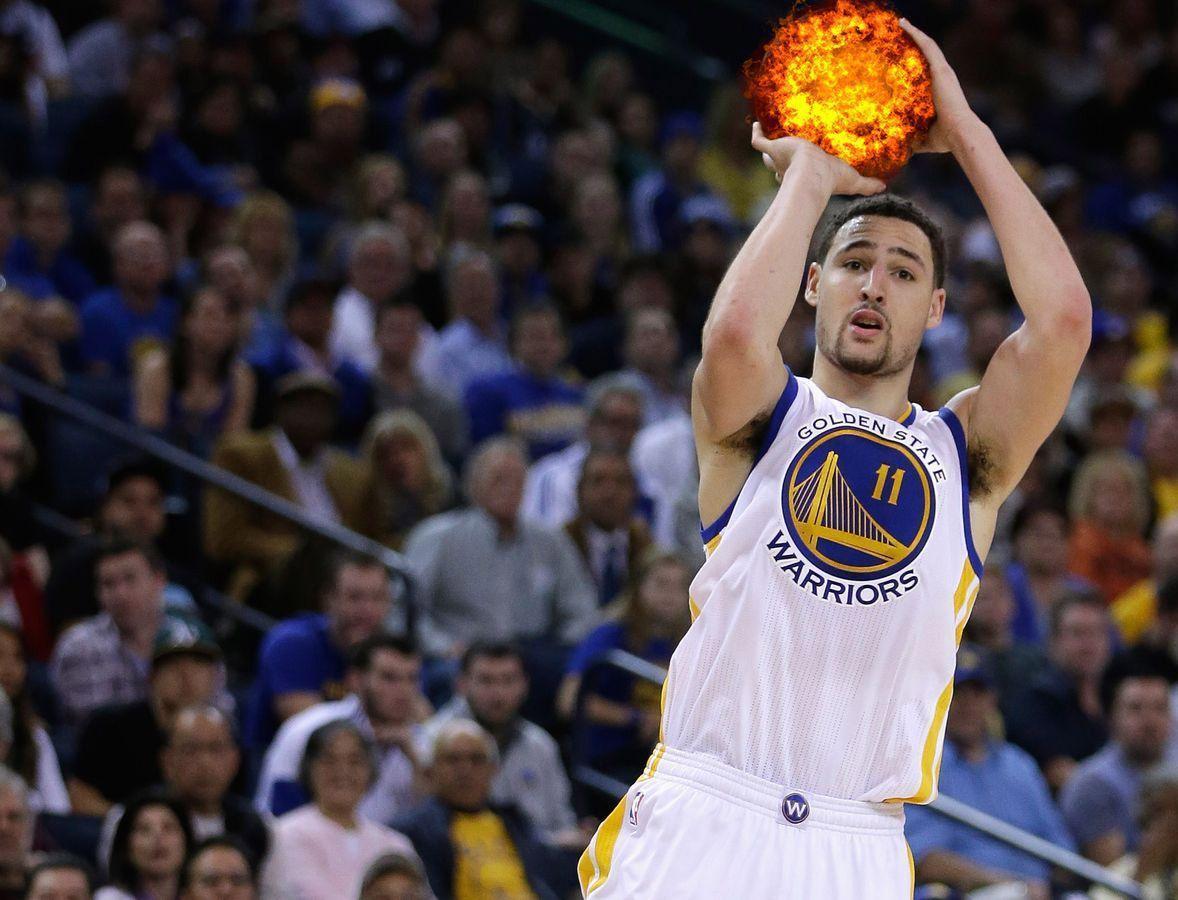 “The Splash Brothers” aka Klay and his fellow player, Stephen Curry had set an NBA record in the past by scoring 484 combined three-pointers in a single season. Klay was considered an important factor behind the success of the 2017 and 2018 championship titles secured by the Warriors. Klay was also the main reason behind the first NBA Championship Award won by the Warriors in 2005, after 40 years. However, many of you may not know that Klay has a very strong athlete background, and he got mentored by his father, Mychal Thompson, a retired NBA professional basketball player. Mychal played center position for the University of Minnesota and the National Basketball Association’s Portland Trail Blazers, San Antonio Spurs, and Los Angeles Lakers and is also a two-time NBA championship, and was a popular player in the 80s. Let us dig more into personal life and career.

Early Years Of Klay Thompson And His Career Achievements

Klay Thompson was born on February 8, 1990, in Los Angeles, California. As we know that Klay belongs from an athlete background, and their family is often referred to as the most popular NBA family. His mother, Julie Thompson was a college volleyball player and played at the University of Portland and the University of San Francisco. Klay and his dad became the fourth father-son duo to win an NBA title. 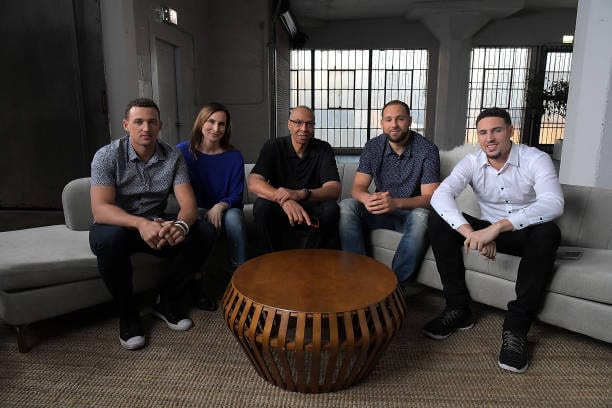 The popular NBA family, Klay Thompson, with his father, mother, and brothers.

His family shifted to Lake Oswego, Oregon when he was only 2 years, and his father taught basketball and volleyball to him and his brothers, Trayce Thompson Myche Thompsons. Myche is the elder brother, and he plays basketball for the Santa Cruz Warriors in NBA G-League, and Trayce Thompson is a baseball outfielder who plays for the Chicago Cubs organization. Klay completed his graduation from Santa Margarita Catholic High School in Rancho Santa Margarita in 2008. He was a skilled player from his early teenage years and got selected in the All-Area second team and to the Orange County third team. 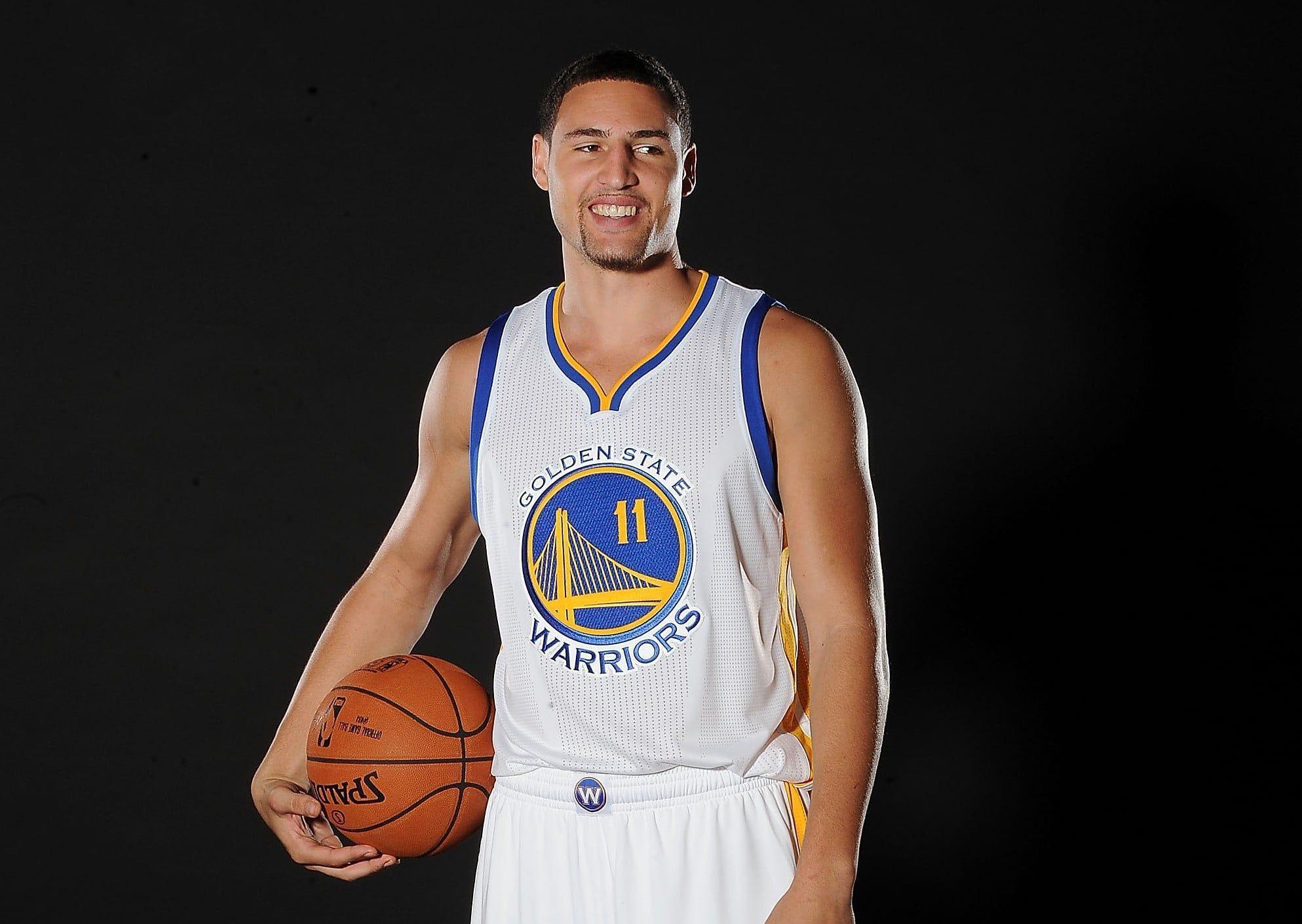 While playing as a senior player, he set a state finals record with seven 3-pointers in a game and also earned different titles like Division III State player of the year, League MVP, first-team Best in the West, and an EA Sports Second Team All American. Impressing everyone with his skills in his college year, he joined professional basketball in 2011. In 2013, Thompson scored a season-high 32 points against the Cleveland Cavaliers, and his partnership with Stephen Curry was unmatchable, and they get called as the best shooting duo in NBA history, and they have kept making many more records with time. Klay too, delivered extraordinary performances in the upcoming seasons and also became the only players along with Curry in NBA history to have seven straight seasons with 200 3-pointers.

Klay faced a deep injury in his knee, and after its successful treatment, he re-signed the contract with the Warriors. Unfortunately, he had another Achilles tendon injury and announced leave for the whole 21 Season upsetting his fans. 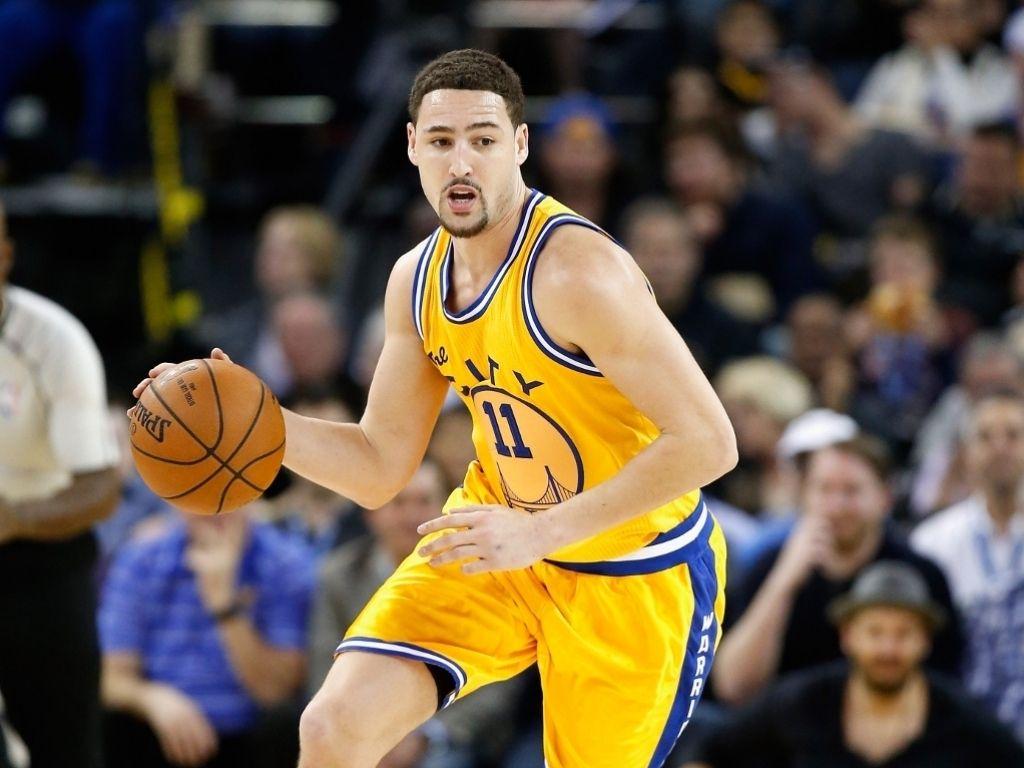 The net worth of the basketball player is $60 million.

Who Is Klay Thompson Dating?

Klay Thompson has an infamous dating record. He has been accused of cheating by his multiple partners. He dated Hannah Stocking in 2015, and Hannah openly called him out for cheating on her, Klay was also linked with multiple other models and actresses. His recent relationship is with Laura Harrier, an actress and they have been dating for nearly two years. However there were rumors that they might have broken up in between, but the couple still continues to post pictures together, which means they are together now. 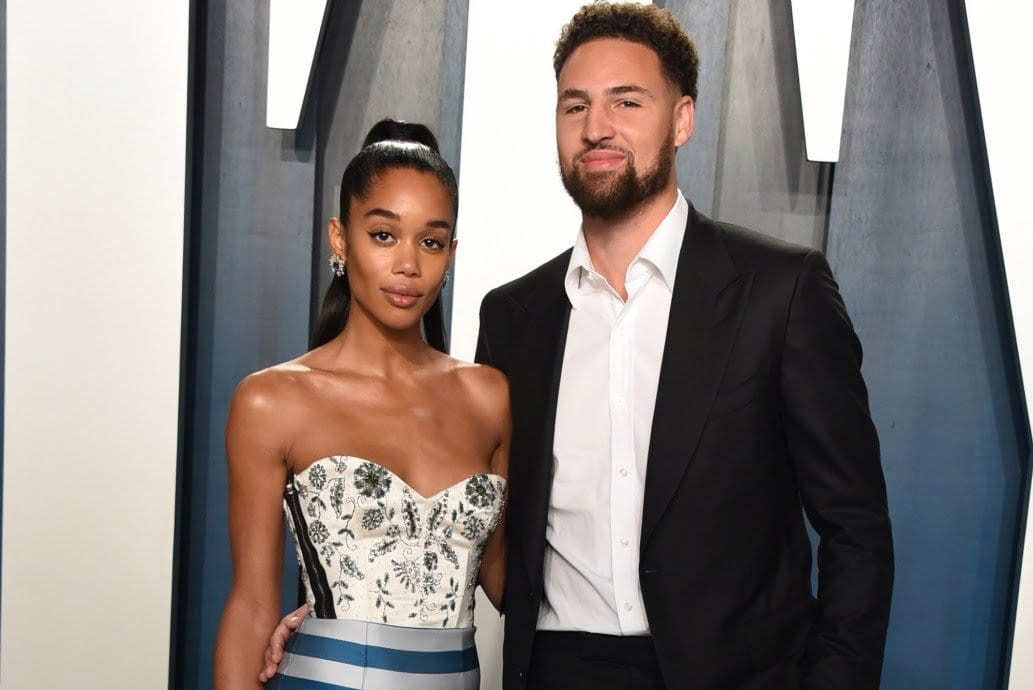 Klay Thompson with his girlfriend, Laura