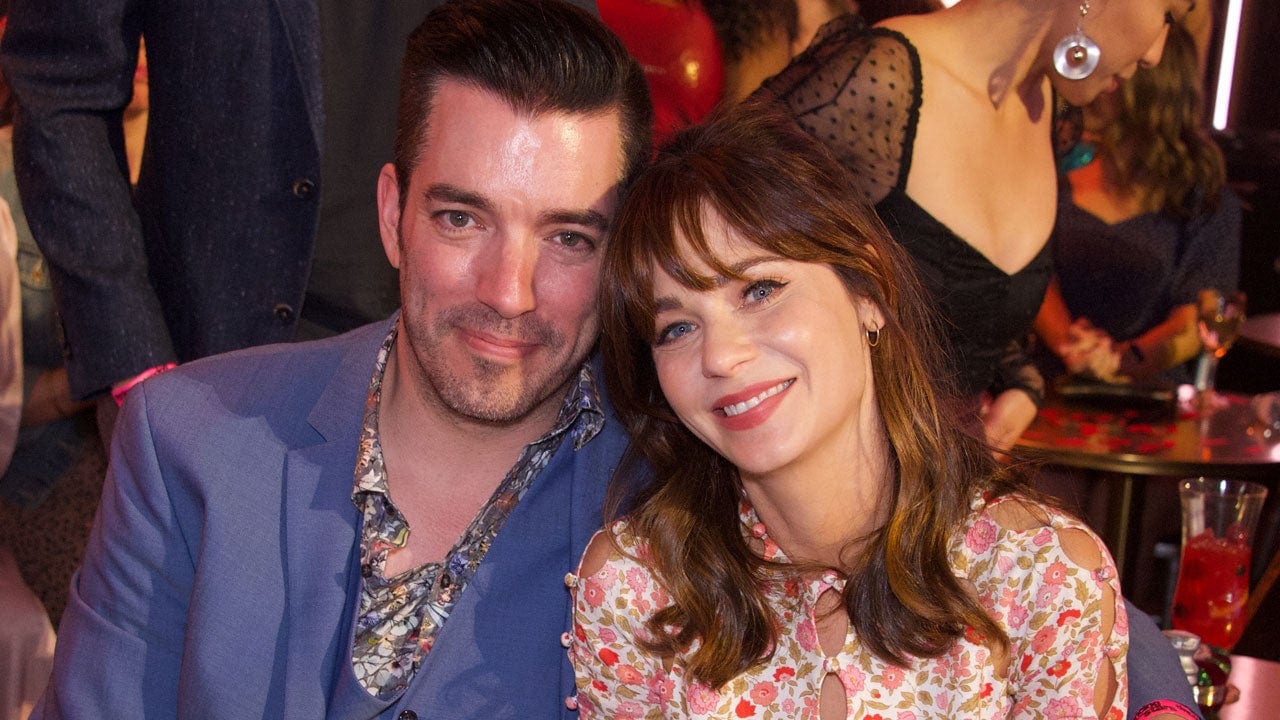 Jonathan Scott with Zooey Deschanel on Dancing With The Stars

One-half of the TV series Property Brothers, Jonathan Scott, is one of the most well-known faces on the reality TV side. He and his twin brother go hand in hand when presenting the property selling TV show to the Candian media. Jonathan is a licensed contractor, while his brother is a real estate expert. The brothers join forces to help families to construct and meet with the house they always dreamed of. Their list of well-known shows apart from the Property Brothers include Buying and Selling, Brother Vs. Brother, and Property Brothers: At Home. All are part of their own production house Scott Brothers Entertainment.

If something else apart from his TV persona is which is followed for Jonathan Scott. That’s probably his love life. He had a few true love triumphs and bumps here and there. But for a while now, it seems like he has finally found the one forever. Who is she? What does it mean for Jonathan Scott? Let’s take a look at who Jonathan Scott is dating in 2021 and a look at their relationship so far.

Who Is Jonathan Scott Dating In 2021?

Jonathan Scott is dating the well-known actress Zooey Deschanel in 2021. She is an actress as well as a singer-songwriter known for her works in classic movies such as Almost Famous (2000), The New Guy (2002), 500 Days of Summer (2009), and Failure to Launch (2006). Apart from the movies, Zooey Deschanel has also made her presence felt on the Television side of things, with Fox’s sitcom New Girl portraying the bubbly teacher in her 30s. For her role in the show, she received nominations for a Primetime Emmy Award and three Golden Globe Awards.

Before dating Zooey Deschanel, Jonathan Scott dated the Canadian radio producer Jacinta Kuznetsov briefly from 2016 to 2018. He was also married to his longtime girlfriend Kelsy Ully from 2007 to 2010. Their marriage ended when they moved to Las Vegas, and Ully’s job started affecting their relationship. 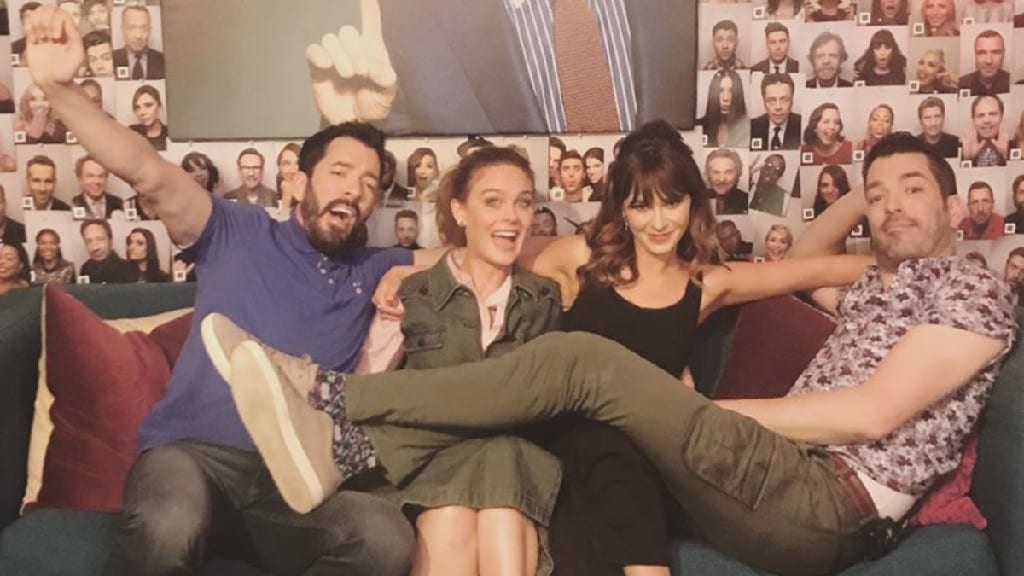 Jonathan Scott met Zooey Deschanel on The Late Late Show With James Corden during the Carpool Karaoke segment. That’s when they started dating. Within the week, Zoey filed a divorce with her husband Jacob Pechenik in September of 2020. The announcement of Jonathan Scott Dating Zooey Deschanel came into the air.

Since then, it seems like Jonathan Scott and Zooey Deschanel have both find the love they were looking for. Most recently, in March, Scott shared a pic with the New Girl Actress captioning “My Perfect Person,” signifying their ever-blooming relationship. So anyway, let’s take a look at the couple’s lovely relationship timeline.

In August of 2019, Jonathan Scott and Zooey Deschanel hit strings on James Corden’s singing segment on The Late Late Show. The Scott brothers went head to head with Deschanel and her sister Emily Deschanel. Both pair of siblings seemed to have a great time when Scott went on Instagram. He posted a picture with them stating how happy he was to meet the new humans and hopes to keep them. 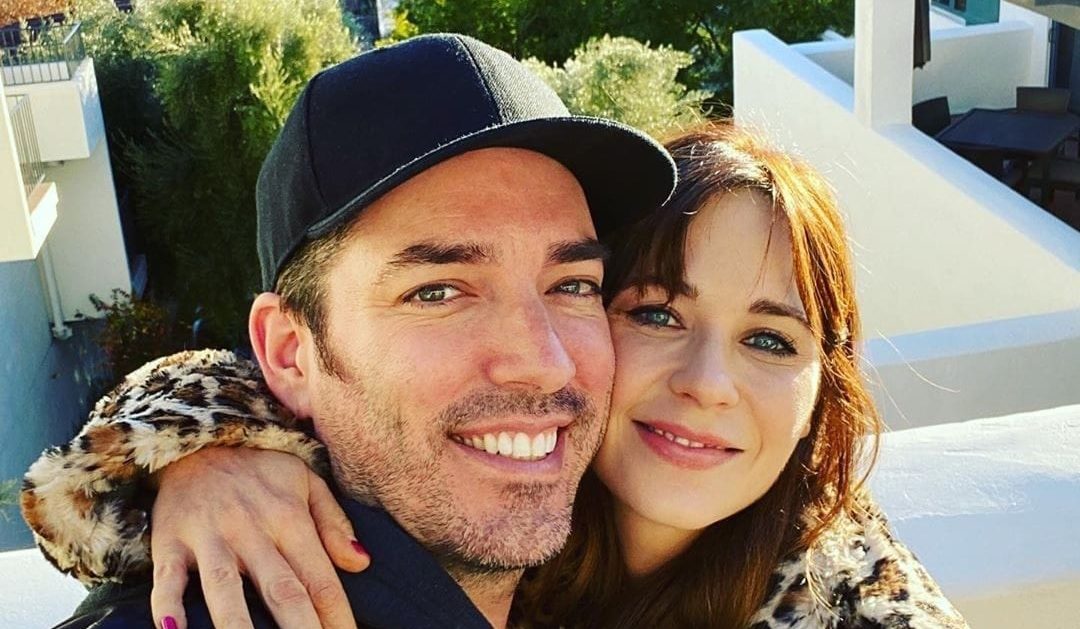 From The Instagram handles of Jonathan Scott and Zooey Deschanel

Six months post the episode, Scott confessed to having a crush on Zooey during his brother Drew’s podcast. Later on, in September of 2020, Zooey officially divorced her husband, Jacob Pechenik, after separating with him earlier in 2019. Scott and Deschanel went on double dates with Scott’s brother and his wife. Soon they started posting pictures together, signifying something is cooking.

During Drew Scott’s wedding, Zoey Deschanel paired up with Scott. The couple made red carpet debut at the 2019 Critics’ Choice Documentary Awards in Brooklyn, New York. A week before the relationship was made official, Scot went on to talk about it. He stated he was seeing someone and was caught quite off guard when she rose the bar for dating.

Next week, Jonathan Scott took it to Twitter on Thanksgiving to officiate his relationship with Zooey Deschanel. He thanked Zooey for bringing all the happiness, love, and puppies in his life and professed his love for her with the three magical words.

I am beyond thankful to be surrounded by such incredibly fun loving people & puppies. You bring joy to my life. I love you ☺️ ❤️ #HappyThanksgiving #ThankYouToOurFansToo pic.twitter.com/sbqap6mXyQ

On the “Star Wars: The Rise of Skywalker” premiere, both appeared officially as a couple with Scott’s brother and his wife. What followed was holidays together, quarantine together, and Scott binge-watching New Girl. Later on, a one-year anniversary and Deschanel making appearances in Scott’s show. The relationship has indeed grown and thrived, and we wish both of them the best.

Also Read: Who Is Karl Jacobs Dating In 2021? The Fun Twitter Exchange With Corinna Kopf