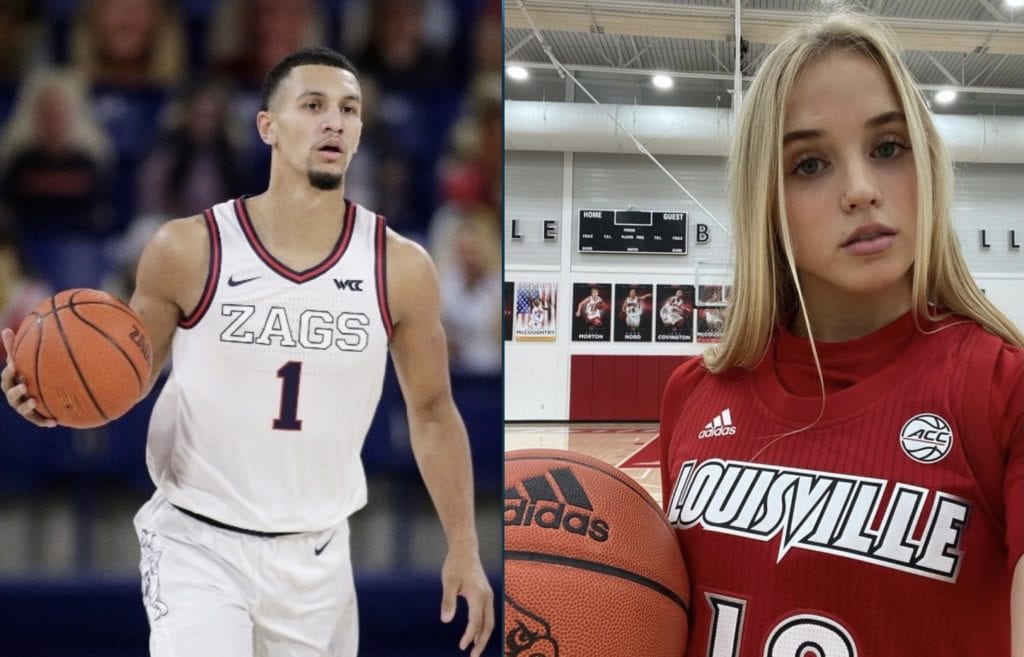 Jalen Suggs is a world-famous American basketball player, who started his career at the age of 19. In his college, he played for the Gonzaga Bulldogs of the West Coast Conference (WCC) during the 2020–21 NCAA season and he proved himself as one of the most talented players in America. Jalen Suggs is referred to as the Dual Sport athlete, as he ranked 12th in basketball and 10th in camping football in the country. Listed under the height and weight, 6 feet 4 inches (1.93 m) and 205 pounds (93 kg), Jalen serves the position of the point guard and shooting guard. 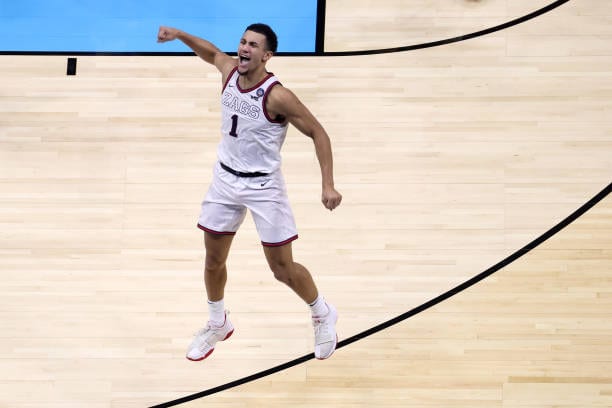 Jalen belongs from an athlete family as his father Larry Suggs is the second cousin of NFL player Terrell Suggs who is a two-time Super Bowl champion. Jalen is also the cousin of the famous three-time NBA All-Star, Eddie Jones. Jalen’s other cousins have also played NCAA Division I basketball. During his high school years, Suggs was unstoppable and became a consensus five-star recruit while competing for Minnehaha Academy in Minneapolis. From his high school year to college year, Jalen has won multiple awards among which he received Consensus second-team All-American, First-team All-WCC, WCC Newcomer of the Year, WCC Tournament Most Outstanding Player, and WCC All-Freshman Team in the same year, 2021. 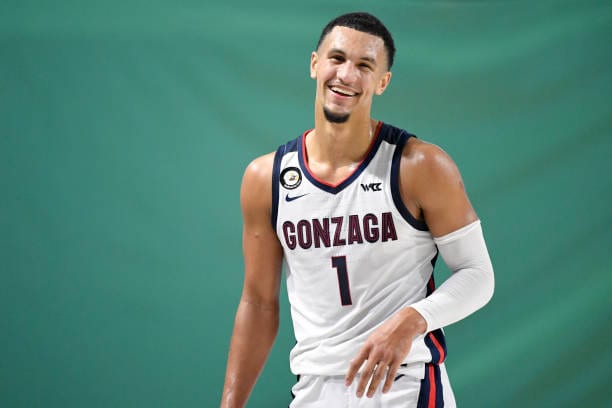 Jalen Suggs, the skilled basketball and football player with high achievements at a young age

Jalen Suggs was born on June 3, 2001, in Saint Paul, Minnesota. Jalen belongs to athletic family including his dad who was a local athlete. Jalen had an interest in basketball from a very young age by seeing his other family members and started playing when he was a child. Jalen participated in three games of junior varsity basketball for a private Christian school in Minneapolis, Minnehaha Academy during his middle school year. Later he moved to the varsity team, and when he was just a starter, studying in eighth grade he scored an average of 17.5 points, 4.4 steals, and four assists per game. His parents and coaches noticed his exceptional skills in basketball and encouraged him to play further.

When he got admitted to high school, he was unbeatable as he continued to achieve more and more. Suggs averaged 21.5 points, eight rebounds, and five assists per game as a freshman. During the match between Minnehaha Academy and Crosby-Ironton High School, Jalen scored 22 points, along with 15 in the second half, to win the Class 2A state championship. Jalen received a prestigious honor after his freshman achievements including Associated Press (AP) All-State first team and MaxPreps Sophomore All-American second-team honors.

During the 2017 FIBA Under-16 Americas Championship in Formosa, Argentina Suggs added a new thing to his achievement list which was a gold medal. 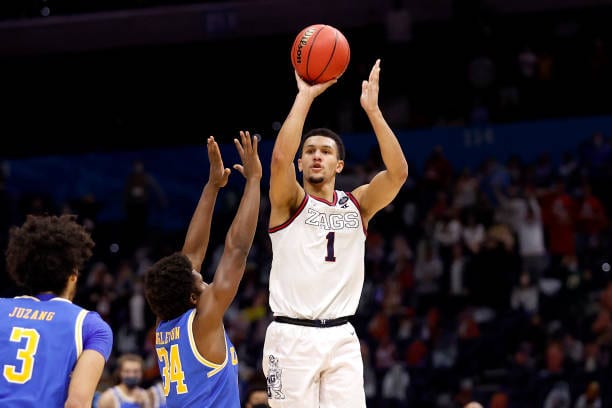 Jalen Suggs at a basketball match

In his junior years, he achieved 23.3 points, 4.7 rebounds, and 6.3 assists per game, winning a third straight Class 2A state championship. Soon after that, he won the title of AP All-State first team and MaxPreps Junior All-American third team. When Jalen was in his senior year he scored 23.3 points, 7.5 rebounds, five assists, and 3.9 steals per game. Due to the covid 19 pandemic, Jalen and his team could not win the state championship. But Jalen became his school’s all-time leading scorer, with 2,945 career points.

Jalen also joined as a quarterback in the football team for SMB Wolfpack, a cooperative football team representing Minnehaha Academy, and in the end, got named as Minnesota Mr. Football. The achievement was unbelievable and he became the first athlete in Minnesota history to win the state’s Mr. Basketball and Mr. Football awards in the same season. He participated in the Final Four of the 2021 NCAA Tournament, and as expected delivered a brilliant performance by a 3-point, game-winning buzzer-beater and defeated No. 11 seed UCLA 93–90 in overtime.

Who Is Jalen Suggs Dating? 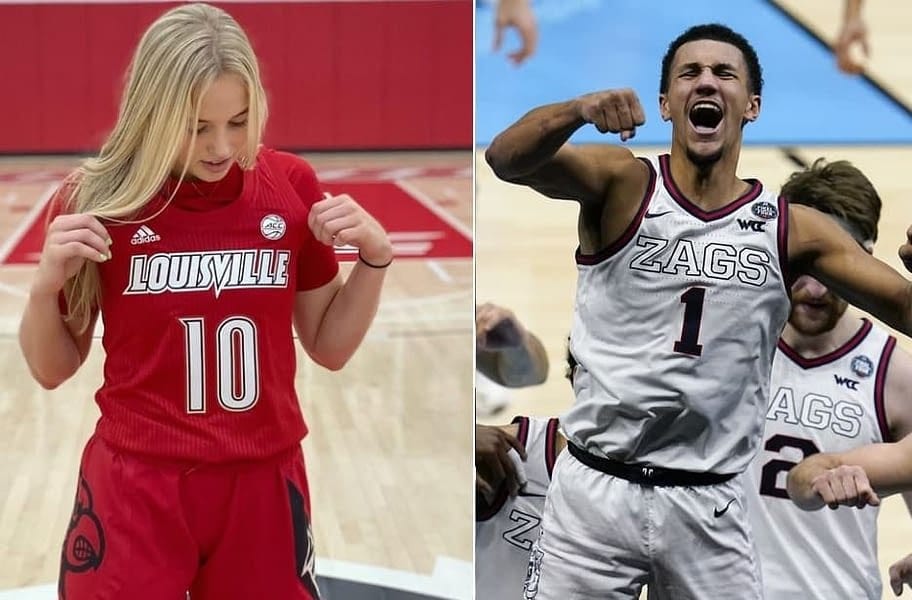 Jalen is dating Hailey, a freshman as the former uploads an Instagram story

Jalen shark is definitely one of the most skilled young basketball players in his generation. He soon became popular for his achievements and won the hearts of basketball fans. So, people, his fans have been wondering about the relationship status of the basketball player and who is he dating.

According to rumors, Jalen Suggs is dating Hailey Van Lith. She is a freshman baller and their relationship came to the public eye after Jalen posted an Instagram story where Hailey was walking in front and Jalen also tagged her with a love sign beside it. We are awe’ing at the new couple and wish them luck.