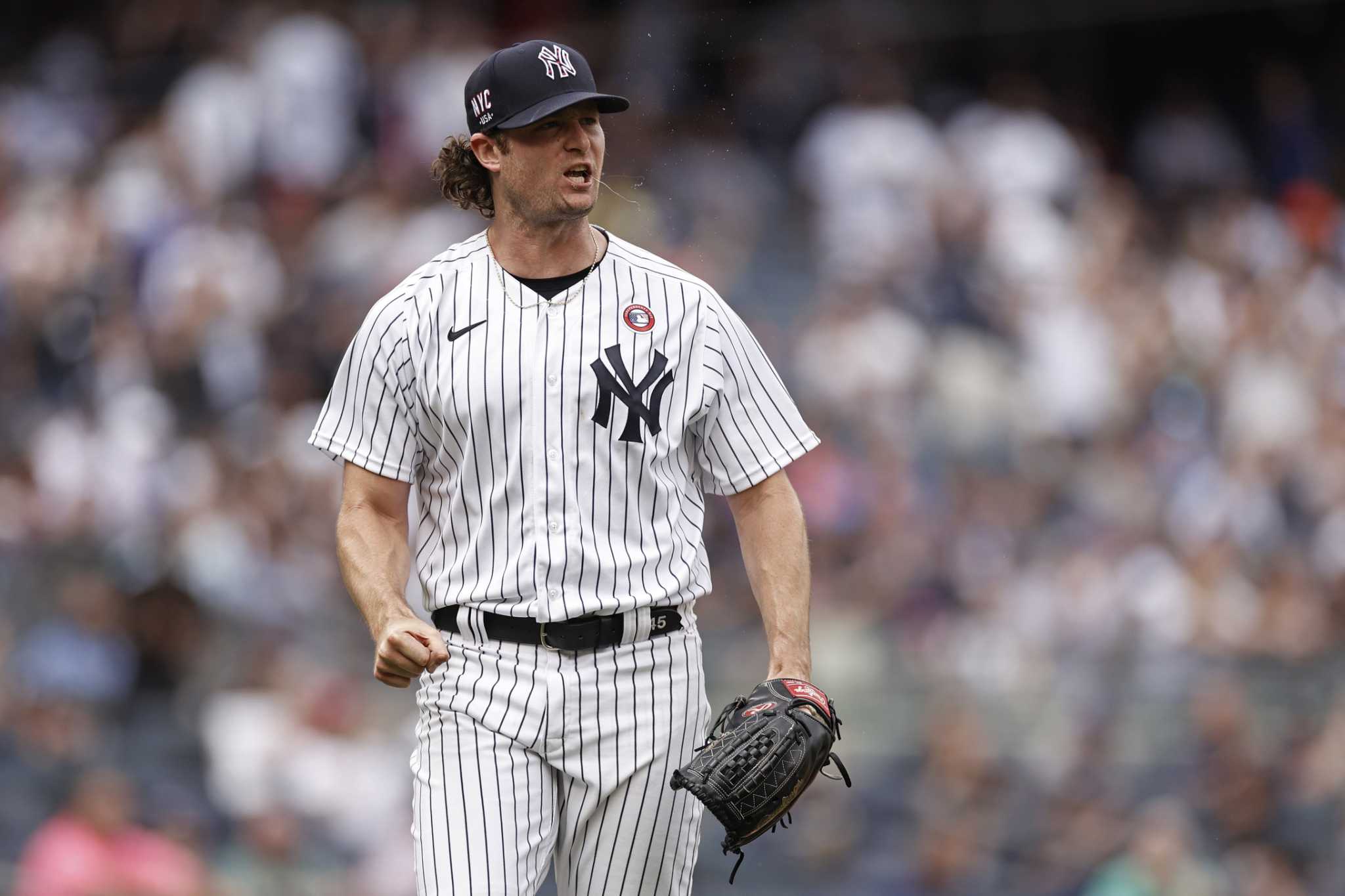 New York Yankees pitcher Gerrit Cole reacts after striking out New York Mets' Pete Alonso to end the top of the third inning of the first baseball game of a doubleheader on Sunday, July 4, 2021, in New York. (AP Photo/Adam Hunger)

There are numerous baseball fans out there, and why won’t there be considering how sensational the game is. And when it comes to a game, we can’t oversee the players out there on the field. Sometimes it’s just the players who catch our eyes, and we totally forget about the score. Isn’t that right? Maybe that’s the reason the sports players are mostly under the rumors of being dating someone or asked about their dating status because, as we say, smart faces are hardly seen as single. Moreover, fans are sometimes interested in their favorite player’s liking and disliking and try to amend them accordingly.

We have fans trying to imitate the fit and muscular players. Talking about fit, it totally reminds me of Gerrit Cole, the professional American baseball pitcher. Many of the kids developed an interest in baseball through Hungama cartoon shows, while the rest of us through these debonair players. Gerrit cole, known to be a power picture with a constant throwing speed of 98-100 MPH, also has a previous record of 102 miles per hour back in college. He is also a famous slider, knuckle curve, and changeup. This spectacular player has a record of strikeouts without issuing a walk. Curious about his dating status? Well, then we have something which is going to be a little shock for you! Let’s find out.

Gerrit Cole was born on September 8, 1990, as the elder son of Mark and Sharon. He has a younger sister Erin who is also a soccer player. Cole gathered the affinity for the Yankees from his father and grew up as a fan of New York Yankees. He attended the 2001 World Series to watch his Yankees with a sign “YANKEE FAN TODAY TOMORROW FOREVER,” which he later brought to the conference after signing up with the Yankees. In 2019, Cole was reported to join the Yankees. 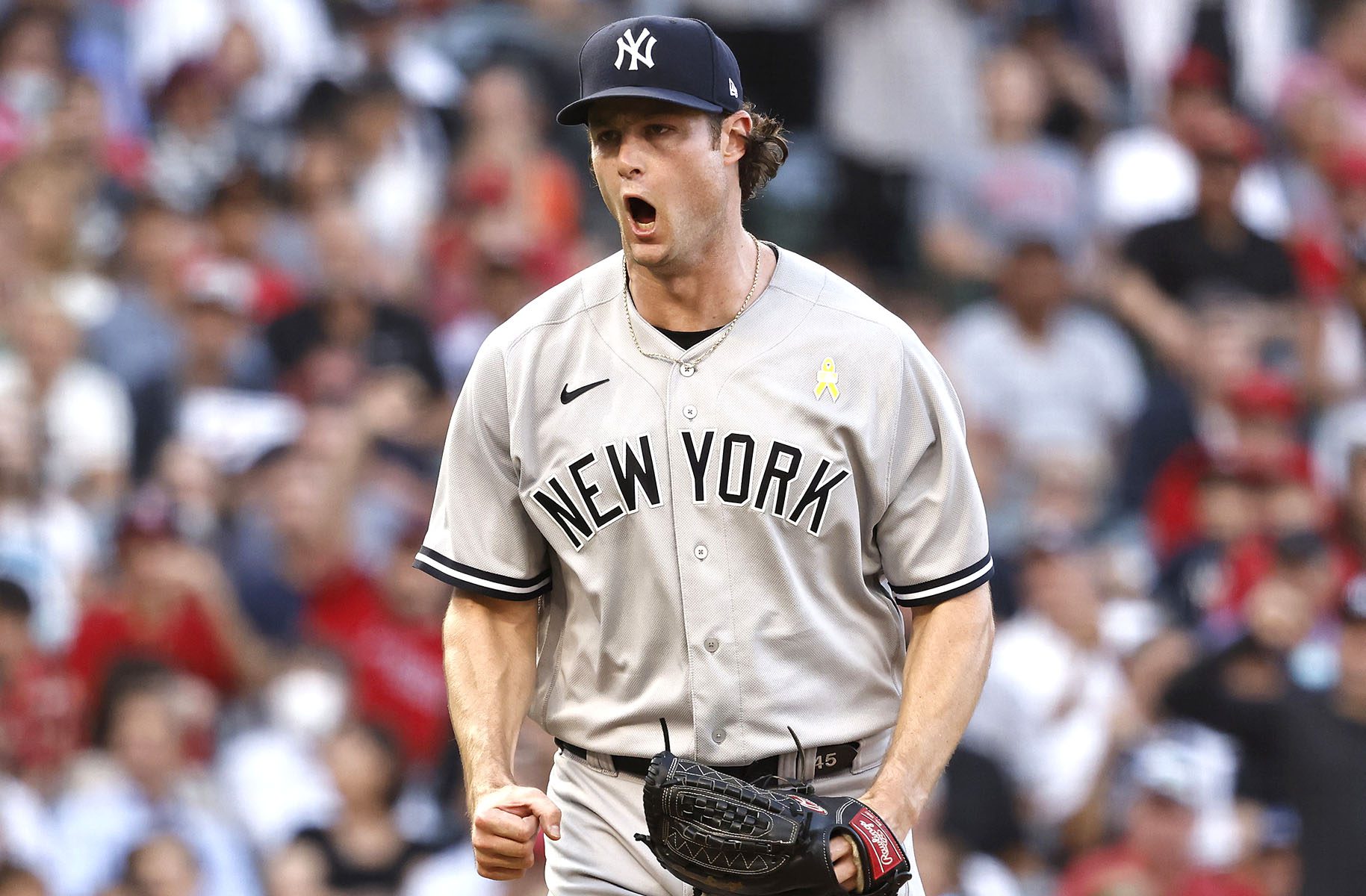 Gerrit strikes out 15 as Yankees

Who is Gerrit Cole’s Girlfriend?

No, all the rumors about Gerrit cole dating are totally false. Cole is not dating anyone currently. Gerrit Cole is married to Amy Crawford who is former UCLA softball player. And if you’re not aware, Gerrit Cole and Amy Crawford are raising their kid together in Greenwich, Connecticut.

The baseball player met his love of life at UCLA. The sister of San Franciso Giants Shortstop Brandon Crawford caught Gerrit’s eye, and soon they announced their wedding news. The couple espoused each other in 2016. The college boyfriend proposed to Amy in the most romantic way in a cabana filled with flowers and champagne. And since then, they have been living a gratified life without rumors of divorce and split up. 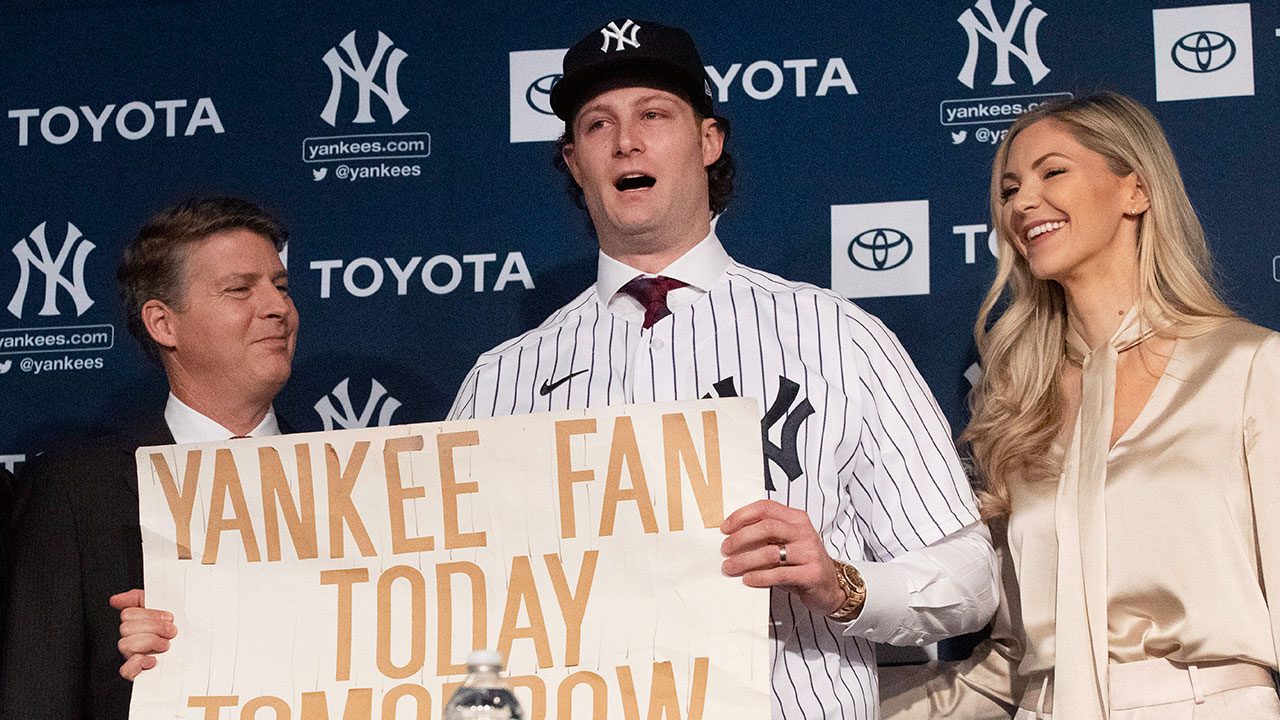 Gerrit Cole arrives with the old sign at Yankees joining

What news is better than having a kid for a father, especially on father’s day. Amy posted on her Instagram the message about their forthcoming kid for fathers day. On Friday, Amy gave birth to the most adorable boy with big blue eyes. The brand-new parents named their son Caden.

So this gives us quite an idea that Gerrit Cole is not dating anyone and is certainly not going to date someone in the meantime.

Gerrit Cole has made quite a fortune. Currently, he owns $ 50 million. Well, it’s not like this was his net worth always. Signing in with the Yankees helped him much to gather greater extents. Before joining the Yankees, Col’s net worth was $ 25 million. He made $324 million from his 2019 contract. Moreover, he will be earning Ann $36 million, which is the biggest deal given and sets an MLB record. Cole made the fourth-largest MLB deal. In 2018, he signed a deal of $675 million with the pirates. Cole made history in the sports field through this deal. And in 2019, he again signed a deal of $324 million. And well, that’s not all, as the deals signed by Gerrit Cole are numerous, and all these certainly add up to his net worth.

Gerrit Cole, in my ideology, can be called the male version of beauty with brains. All these years of hard work and determination came out to be really successful for him.