Geese Nukadia is a minor character with major tasks in the anime series of Mushoku Tensei: Isekai Ittara Honki Dasu. 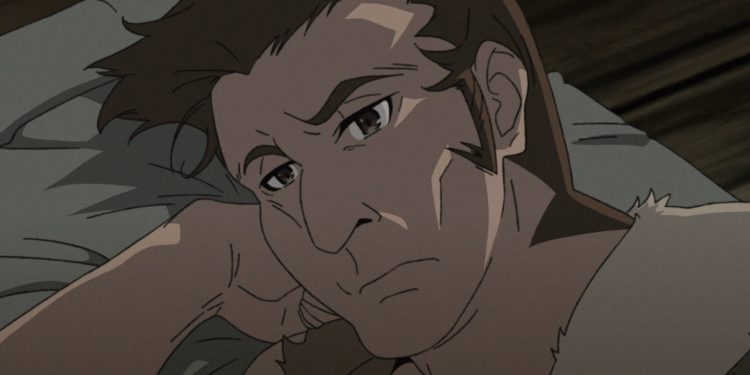 Geese Nukadia is a minor character with major tasks. His role in the series is important to progress in the right direction. Originally, he was an adventurer who wanted to travel all over the world, and also he was a member of Paul and Zenith’s adventurer’s party. He had appeared first time in the anime when he was searching for Zenith. But accidentally met Rudeus when he was imprisoned by the Dorudia Tribe (where Ghislaine Dedoldia belongs) because of some misunderstanding. Rudeus was already there because of a misunderstanding too.

Geese Nukadia is seen as very positive throughout season 1, and he respects Rudeus more than his father, Paul. According to his viewpoint, even as a 14 years old Rudeus’ achievements are far better than his father’s. As a supporting character, he will guide the main characters throughout the series. Geese Nukadia is one of the antagonists alongside Hitogami. Because he is one of the 5 main apostles of Man-God, so he would definitely be going to help him to complete his mission. And the important thing is that Geese Nukadia is also the last villain of the anime series Mushoku Tensei: Jobless Reincarnation. Hitogami always uses him as his main future sight. He uses Geese’s future sight to stop Rudeus and Orsted.

Who is Geese Nukadia in Mushoku Tensei?

As we know that, Geese is a minor character. But who is Geese Nukadia in Mushoku Tensei? Let’s know about him. Geese Nukadia has belonged to Nuka Tribe, and his blood belongs to a demon race. He is the supporting character of the series. Especially when he guided Paul Greyrat to take a decision and also when he helped Rudeus to save Dorudia Tribe. We had seen him the first time when he was captured by Dorudia Tribe, and during that time, he became one of Rudeus’s followers.

He is much older than Rudeus, but still, he calls Rudeus a ‘Boss’ because he thinks that Rudeus is not an ordinary man. He is far better than his father, Paul Greyrat. He was once a member of the same party that Paul and Zenith Greyrat were part of. The name of this party was Fangs of the Black Wolf, and Geese Nukadia served as Jack in all the areas of trading for his party. According to anime, he knows how to cook. And because of his delicious foods, Eris wants to learn from him so that she can make delicious foods for Rudeus. And it also looks like he has a lot of luck when it comes to surviving. He can easily escape from danger.

Geese Nukadia’s appearance usually looks like an inspiration taken from a monkey. Because his appearance looks more like a piece of monkey rather than a human, for example, his face naturally indicates a sign of a monkey. His clothing is typically based on adventurers’ clothing. He is always ready to go on an adventure by carrying his bag, which is full of all the necessary tools as an adventurer requires.

Geese Nukadia’s personality is the exact opposite of his appearance. He is a mature and intelligent guy. He can understand the situation and take a step according to that. He does not seem to depend on others and always follows his path. A man with supportive nature with adaptive qualities is a perfect combination. He always likes to tease people to who he cares about. We have also seen that he is not a selfish guy like Paul Greyrat, who was thinking that his son Rudeus does not care about his mother. But on the other hand hand, Geese thinks that Rudeus always care about others except himself. He does not like to judge people according to their age, but he respects them according to their achievements, and this is one of the main reasons why he thinks that Rudeus is far better than Paul.

Where can you watch Mushoku Tensei: Jobless Reincarnation?

Geese Nukadia is an interesting character to know, especially as a supporting character. His crucial role in the story helps to make progress in the right direction. If you guys think that you need to watch season 1. Then, here are some legal online streaming platforms where you can watch season 1 without any interruption: Muse Asia YouTube Channel, FUNimation, Hulu, Crunchyroll.