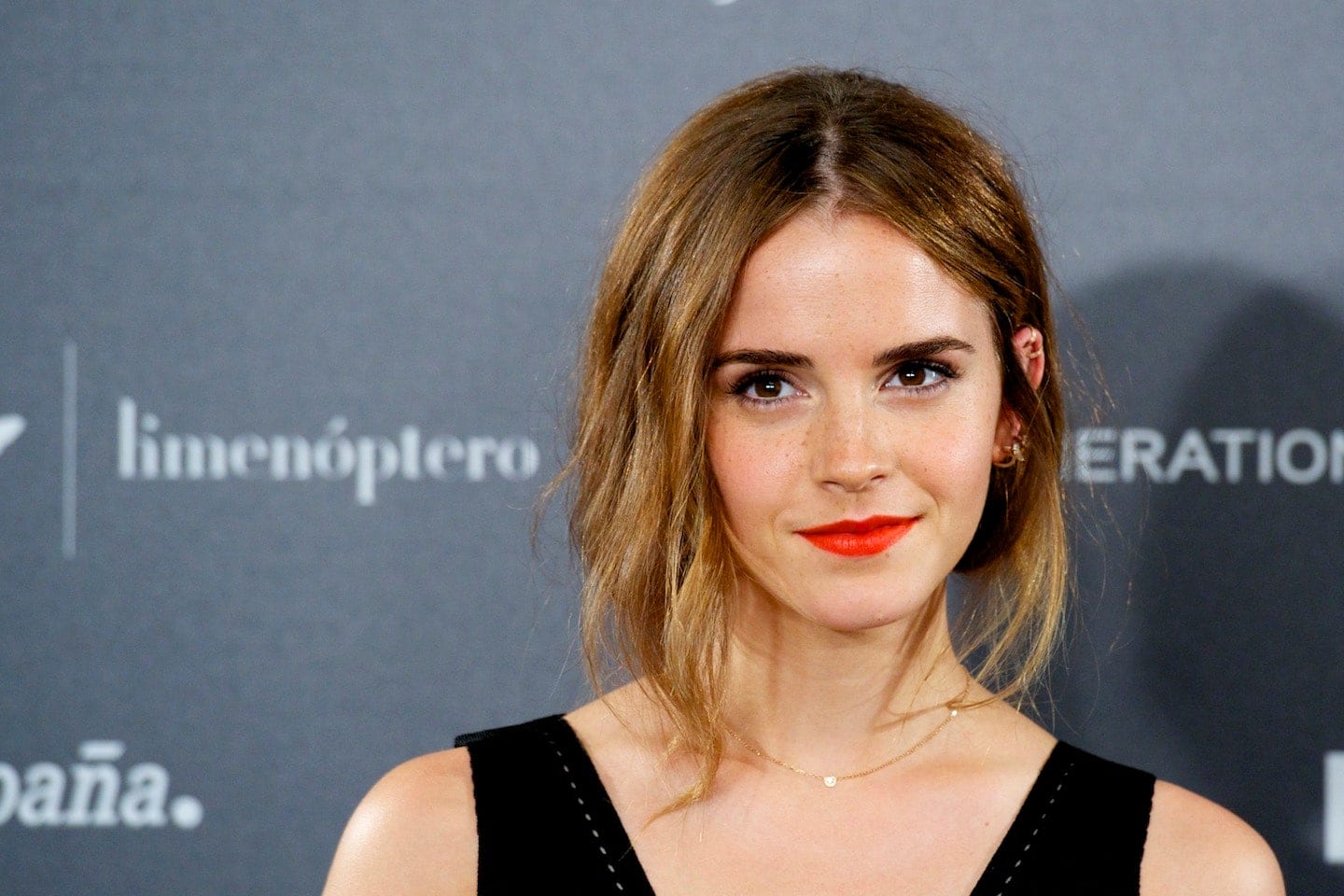 Emma Watson is an English model, actress, and activist. She is known for playing the role of the beloved Hermionie Granger from the Harry Potter series written by JK Rowling. Emma had started acting as a child actress in the Harry Potter series when she was only eleven years old. She is known to create one of the iconic lines in the world, that is,” It’s not Leviosaa, it’s is LeviOsa.” After the Harry Potter series, she had starred in the remaking of the famous Disney Animated Film ‘Beauty And The Beast, where she played the role of the book-lover and strong character, much like Hermionie Granger Belle. The last movie she has acted in is ‘Little Women’, where she played the role of the eldest sister Margaret ‘Meg’ March. The movie was nominated for the Academy Award for Best Picture.

She has gained recognition for several films, and for her strong personality, many young girls and women look up to her as their idol. She was named one of the 100 most influential people in the world by Time’s Magazine in 2015. She has been fighting for gender equality and color equality and was very active with TheBlackLivesMatter protests. Although being swept off the ground with fame, she was able to remain on the ground by pursuing her studies while acting in the Harry Potter series.

Emma Watson has her own charming personality. Whether it may be her accent, her beauty, or her fierce personality, she has got it all. She has also played the beloved character Hermionie, which makes her awesome. Along with that, she has played the role of princess Belle because she is already a princess. She has played the role of the smart, strong, and kind role of Meg, as she is smart, strong, and kind. Who wouldn’t be head over heels for a person like Emma Watson?

Emma Watson isn’t unfamiliar with dating rumors. From dating her co-star Daniel Radcliffe to her childhood best friend, Tom Felton. She had also come up with the term ‘self-partnered’ a while before she was caught up in her dating news itself or, let’s say, an engagement rumor roaming about her. Let us take a look at her dating history.

Emma Watson started to date the rugby player back in 2006. When Emma started dating Tom Ducker, she was already super famous due to the Harry Potter series. The two had parted ways when Emma wanted to focus on her studies. A report from The Sun says that Emma’s rep had said,” just drifted apart as teenagers do.”

Emma dated the Australian drama student in 2007. They are reported to date when they met at the Royal Academy of Dramatic Arts in London. It is unclear when they parted ways as there was no confirmation about it. 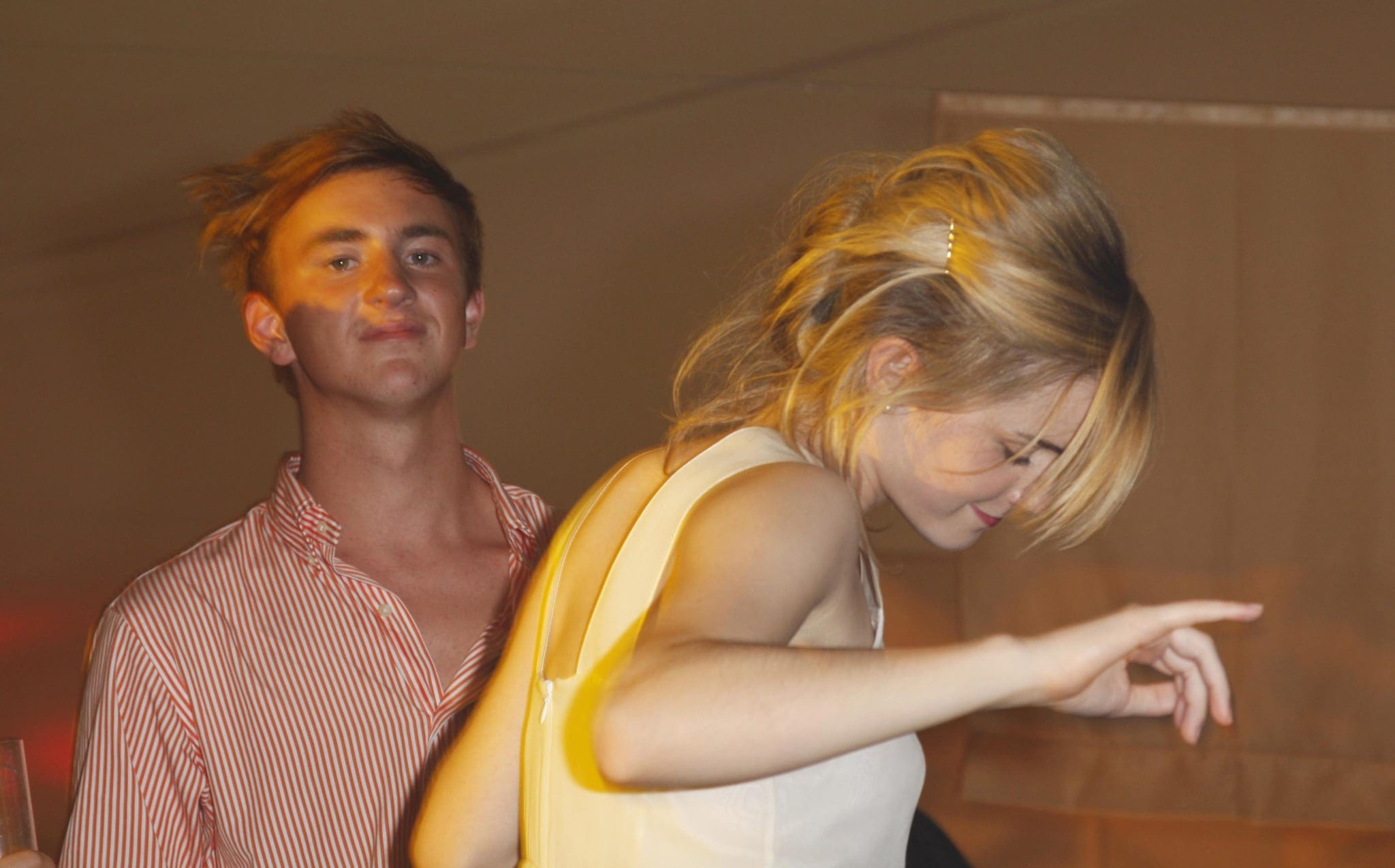 Dating rumors had started when Emma and Francis had been seen flirting with each other at a Cartier Polo party in the summer of 2008. Later on, in 2011, Francis confirmed that they had a thing going on back then.” He also said that they parted ways as Francis did not want to be known as the boyfriend of some famous actress. He wanted to be known due to his own merit and success. He says that Emma is very different from what she appears to be on social media; that’s why he started liking her.

Emma Watson had started dating the British Financier, Jay Barrymore, from 2008-2009. Some would think that the reason for their breakup was their age gap, Jay is seven years older than Emma, but the actual reason was the long-distance relationship. At that time, Emma had been pursuing her studies in Rhode Island at Brown University, and according to a source,” The transatlantic gap proved too much for their relationship to survive.” 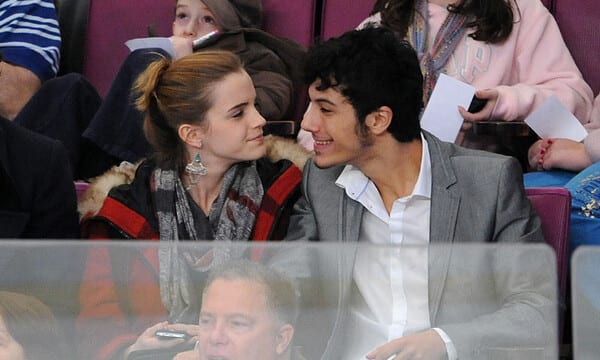 The two met while studying at Brown University. Rafael, a Spanish musician, and Emma were spotted getting cozy at a Hockey Game in November 2009. The two dated for six months before eventually parted ways.

Both of them supposedly met while shooting an ad campaign for Burberry in 2010. They also attended the Glastonbury in England that June; Emma even starred in his band’s music video. After a few months, they parted ways. 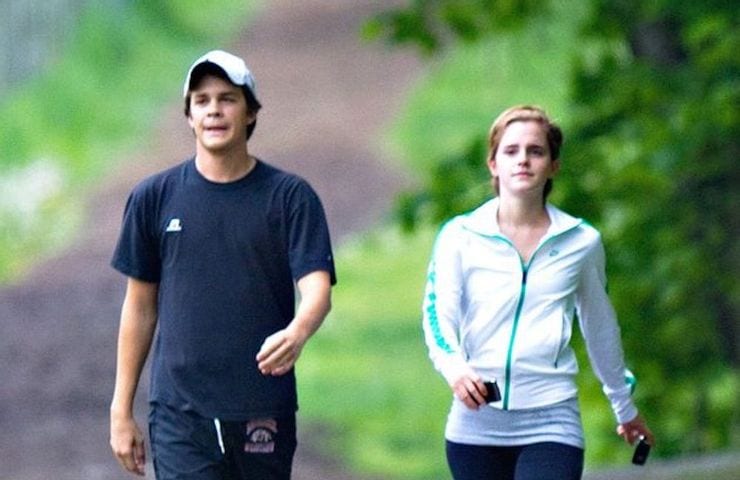 They started dating after meeting each other on the sets of ‘The Perks of Being A Wallflower; Emma and Johnny allegedly started dating in the Summer of 2011. They parted their ways when Johny wouldn’t move to England, where Emma was studying at Oxford University.

8. Emma Watson And Will Adamowicz

The rumors started when they were spotted together at Coachella in 2012. They supposedly met at Oxford University and, after two years, parted ways, as confirmed by Emma’s rep. 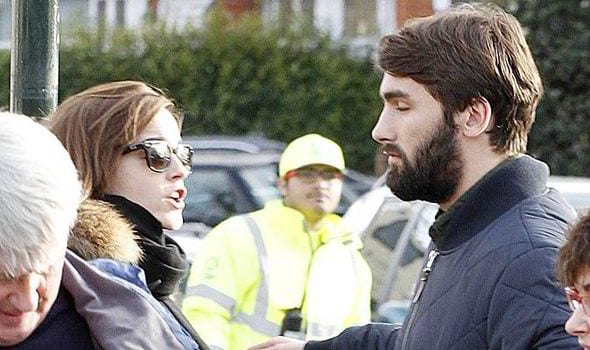 Emma was spotted packing on the PDA during a vacation in the Caribbean with Matthew, a rugby player and a fellow Oxford University student. They broke up about after 10 months of their dating news, but they remain good friends.

In 2015, Emma Watson met Roberto when he was an intern at the sets of Harry Potter and the Goblet of Fire. It’s unclear when they broke up. 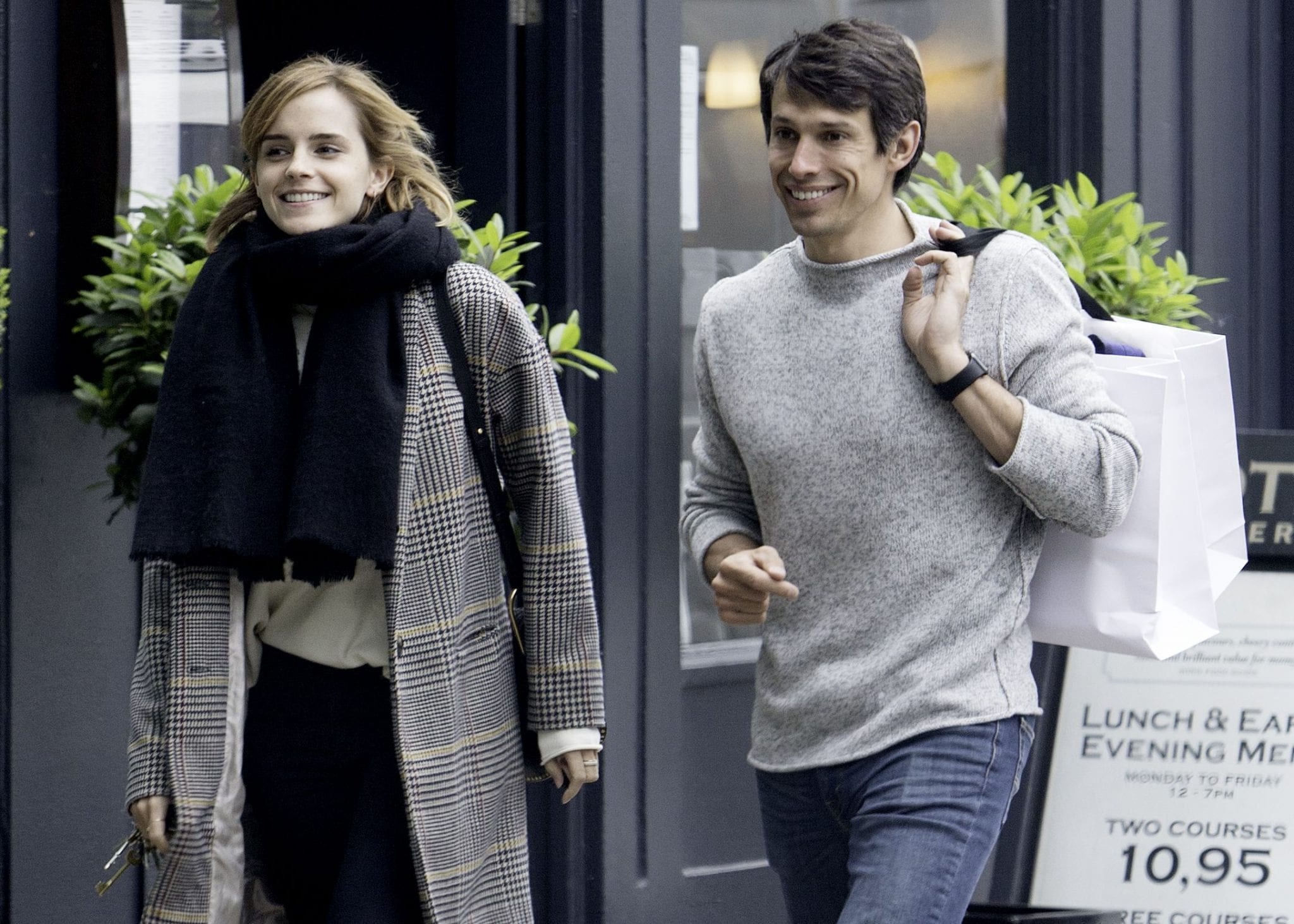 Emma started dating her Silicon Valley manager William. She was quite protective of her boyfriend. She says,” I’ve noticed, in Hollywood, who you’re dating get tied up with your film production and becomes part of the performance and the circus. I would hate anyone that I was with to feel like that they were in any way part of the show or an act.” 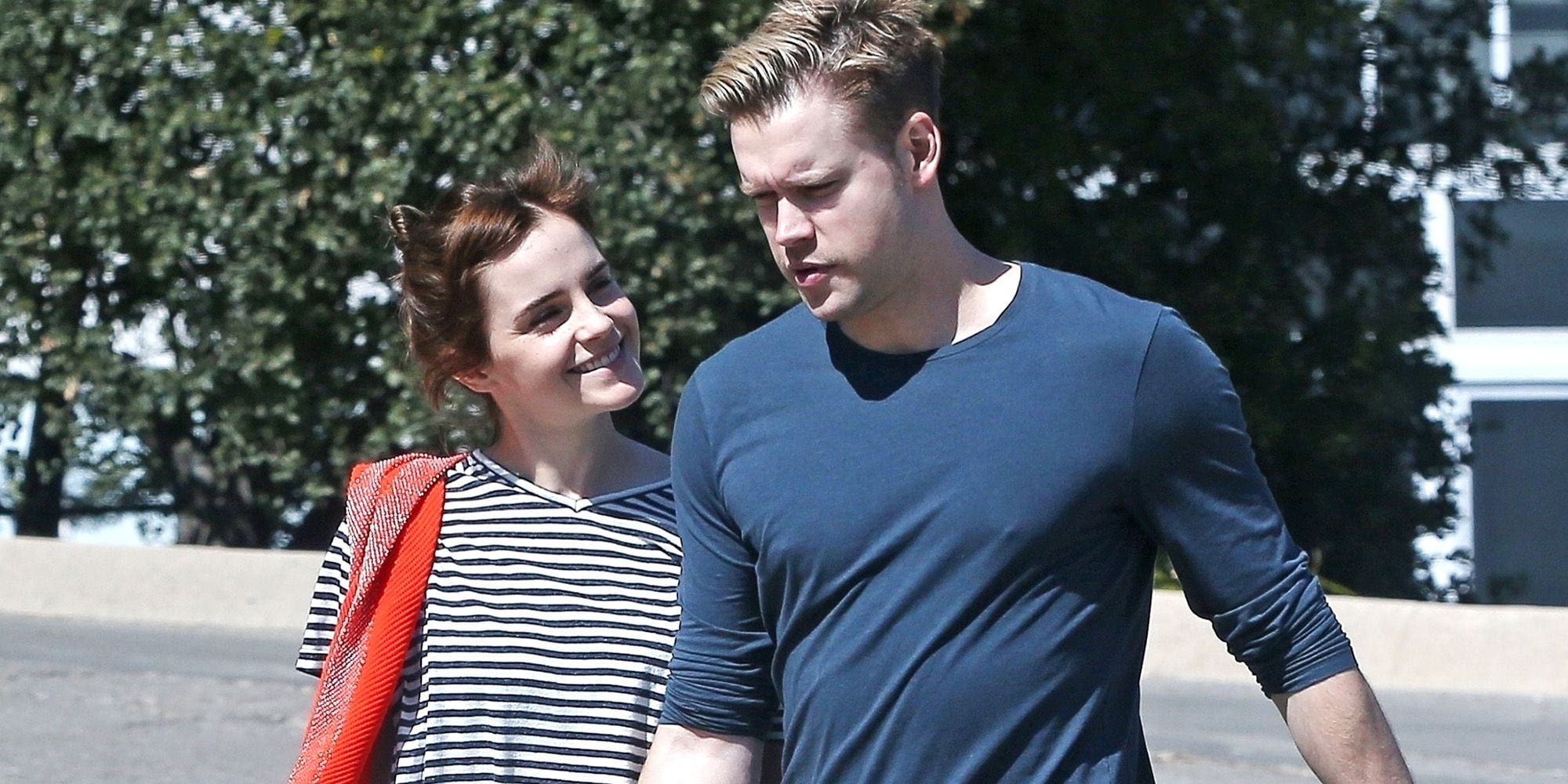 Emma was dating the former Glee star in 2018. They confirmed their romance when they were spotted taking a sweet stroll in LA. They broke up some time as Emma has moved on with someone else

Who is Emma Watson Dating Currently?

Emma Watson was spotted hanging out with her now-boyfriend, a businessman, Leo Robinton.  She is also rumored to be engaged with him and settling down with him. Fans are happy to see that Emma is enjoying her time and would love to know more about the couple. Hence she is currently dating Leo Robinton.