The former TOWIE star is living her best life with her partner and son and loving every bit of it. 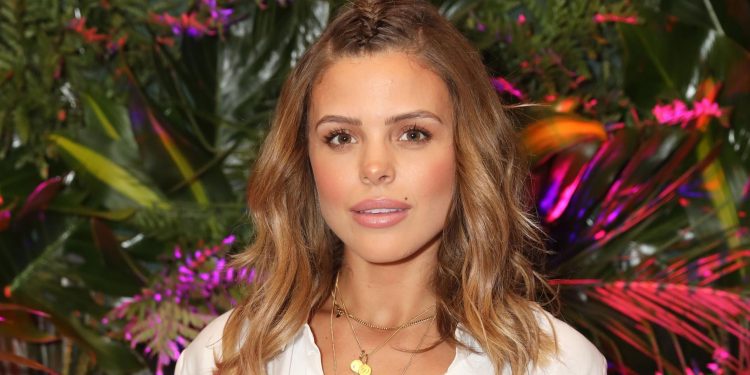 Want to know all about TOWIE star Chloe Lewis’s Partner? Reality television star Chloe Lewis gained huge fame after starring in The Only Way Is Essex. As a TOWIE alum, viewers got to see all about her tumultuous relationship with ex-partner Jake Hall. Chloe Lewis later took a short hiatus from the spotlight and is now living in Dubai with her partner. The two have a child together named Beau. When asked about this big decision, Chloe explained how she was suffering from anxiety, and now she is happier than ever.

She further revealed that how her time on the show was rather nerve wreaking as she would cry on every episode because there was so much drama. Now, she is a changed person, and her life is much calmer. After a public split with Jake, Chloe chose a more private life with her partner and is embracing life with all the good changes that came by. For now, she cannot get enough of her little bundle of joy, her son, Beau. While the reality television star has not yet made any confirmation about returning on the small screen, she is happy with her life away from the limelight for now. Let us take a look at all the details and lesser-known facts about Chloe Lewis’ Partner.

Who Is Chloe Lewis’s Partner?

Chloe Lewis’s partner is Danny Flasher. The TOWIE star has found her happily ever after with the charming stockbroker guy. While talking about her hiatus from the spotlight,  Chloe has admitted that she is happier and her life is all drama-free now. Chloe has earlier gushed about her man on social media. She often celebrated big days like birthdays to celebrate her man while calling him a dream.

Not only that, but she is happy with her man Danny and her baby boy Beau. The TOWIE alum is enjoying motherhood. While she admitted that she lived her life in the UK at times and that she is not sure whether living in Dubai is for the long term or not. However, now, she seems to enjoy it for the time being.

Also Read: Who Is Chloe Sims Dating? The TOWIE Star Opened Up About Her Secret Relationship

As Chloe made her entry with her former partner Jake Hall, it surely was a tumultuous relationship. Chloe Lewis has moved on ever since with Danny Flasher. She started dating Danny eight months after she split with Jake back in 2016. TOWIE fans might remember how Jake Hall was quite the ladies’ man. Jake even admitted to committing infidelity, and the two broke on camera. Take a look at these cute little pictures after Chloe’s pregnancy was confirmed with partner Danny.

While it was not known who the woman was, but Jake’s name was romantically linked with other co-stars, including Lauren Pope and Megan McKenna. Their relationship went on for a while until Chloe and Jake finally parted ways for good. While Chloe is not a part of the television world any longer, followers often get a sneak peek into her life as she goes on holiday to Ibiza and posts cute pictures with her son.

The TOWIE Alum Opens Up About Motherhood

While the television star has left all the drama behind, she is enjoying her motherhood. However, it sure was not an easy path as Chloe miscarried one of her babies. While Lewis was expecting twins, she lost one, and Chloe admitted that it did hit her hard as she grieved for three months.

When asked about the entire experience after the little bundle of joy arrived, Chloe explained how there is absolutely no instruction on how to be the perfect mother. She further added that given how every kid is different, the journey itself is a unique one. While she admitted to seeing these perfect moms on social media, but Chloe believes that motherhood is itself a big milestone and should be embraced in all its entirety. The celeb of the shares useful tips that might come in handy for new moms.

Also Read: Are Toby And Chloe Still Together? More About The ‘Love Island’ Couple

Who Is Soleil Moon Frye Dating? The Punky Brewster Star Has A New Man In Her Life!