The Boom Clap Hitmaker opens up about her newest album, documentary and more 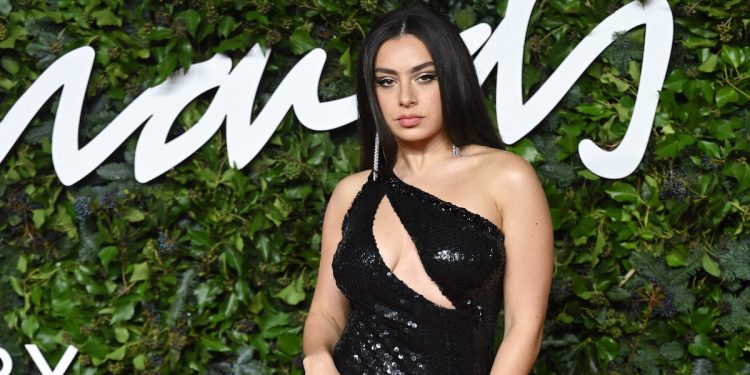 Do you know who is singing star Charli XCX’s Boyfriend? Popular singer and songwriter Charli XCX has been gaining fame and recognition over the years. Her out -of -the box tracks have made a lasting impression in the music industry. She initially rose to prominence after the release of I Love It went on to become a massive hit. While Charli’s debut studio album True Romance did not gain much commercial success, it was loved by music fanatics. Not to forget, she wrote songs for sensational singers like Lizzo and Rita Ora. Charli XCX is all set to share the first preview of her much-awaited collaboration with Rina Sawayama.

The young star later joined forces with Iggy Azalea on the hit track Fancy. The track was such a big success that it went on to become one of the best-selling singles! Charli XCX released a romantic track, Boom Clap, that too, became a huge success. The track was later included in the movie The Fault In Our Stars. Unlike her first studio album, the second album release titled Sucker was a hit and gave way to the popular singles, including Doing It And Break The Rules. Let us unravel all the details and lesser-known facts about Charli XCX’s Boyfriend.

Who Is Charli XCX’s Boyfriend?

Charli XCX’s Boyfriend is Huck Kwong. While not much is known about the singer and songwriter’s beau, it has been revealed that Huck is a video game producer. The two have been together in what seems to be an on-off love relationship for the past seven years. Moreover, the pair also lived together, and the singer has opened up all about it. The songwriter and singer have been notoriously private about her personal life and intend to keep it that way.

The Boom Clap hitmaker admitted that it was a little strange to be yelling about her relationship into a microphone while her man was in the other room, doing a puzzle. The singer is having a particularly busy year with the announcement of the new documentary titled Alone Together about the entire music-making process of her 2020 album How I’m Feeling Now.

Charli XCX Makes A Shocking Revelation About Her Relationship!

In an interview earlier, the popular songstress revealed that her relationship hit a serious bump and was almost on the verge of breaking up! Charli XCX further added that she and her beau were about to part ways because they barely saw each other before the pandemic wreaked havoc. They were becoming emotionally distant as well, and it took a toll on their relationship. Take a look at the note as Charli confirms her SNL performance getting canceled. She has been deeply saddened by the cancellation.

However, the pair made a wise decision as they decided to live together during quarantine which helped to save their tumultuous relationship. Not only that, but the artist admitted that she soon realized that she could trust Huck with her life. Charli even created a song named I Finally Understand which is entirely based on her happy quarantine life with her man.

While fans were eagerly expecting to see the singing star Charli XCX perform on SNL as the musical guest, it is not happening after all! The studio giant was completed to sack the performance due to the limited crew on the show. This unwanted situation has been caused by the ongoing Covid situation. The singer’s upcoming album titled Crash will make its way in March 2022.

The singer has reportedly been devastated by the news. It was also revealed that New York City’s Studio 8H would have a lesser audience than usual due to a sudden spike in COVID cases. The Lucky hitmaker took to social media to confirm the sad news but also asked everyone to be safe out there. As she further said how devastated she was, it was something that was the need of the hour. Fans too were shocked as they were looking forward to the young singing star’s performance.

Also Read: Why did James Kennedy and Raquel Leviss Split?