In this article, we cover who is Brad Pitt dating now & previous relationship history. Brad’s a long-time actor and producer of worldwide fame. You might remember Brad Pitt from such films as Interview with The Vampire, Thelma, and Louise, Se7en, or the Ocean’s Eleven saga reboot by Steven Soderbergh. Brad’s dated a bunch of Hollywood hotties, he’s the quintessential actor hunk, and today we will cover his ex-girlfriends, wives, and dating history.

Brad Pitt is a Hollywood A-list who can grab the attention of any woman if he stepped into a dive bar. He’s suave, he’s fit, he’s blond, and he’s in every major magazine around the world covering show business. From Christina Applegate to Sienna Miller, Nicole Aniston, and Angelina Jolie, this man is a true heartbreaker, and after his divorce from Jolie, he’s out and available, so jump in with us as we take a look at the women in the life of Brad Pitt here at Otakukart.

Who is Brad Pitt?

William Bradley Pitt (b. 1963) is an American actor from Oklahoma. And one of Hollywood’s most talented actors, with multiple awards and a career spanning over thirty-four years in multiple roles from action, drama, comedy, horror, and almost every genre out there in the world of cinema.  He studied journalism at the University of Missouri in 1982 and then decided to move to Los Ángeles, California, pursuing an acting career inspired by actors like Gary Oldman (Darkest Hour Mickey Rourke (9 1/2 Weeks) and Sean Penn (Mystic River). 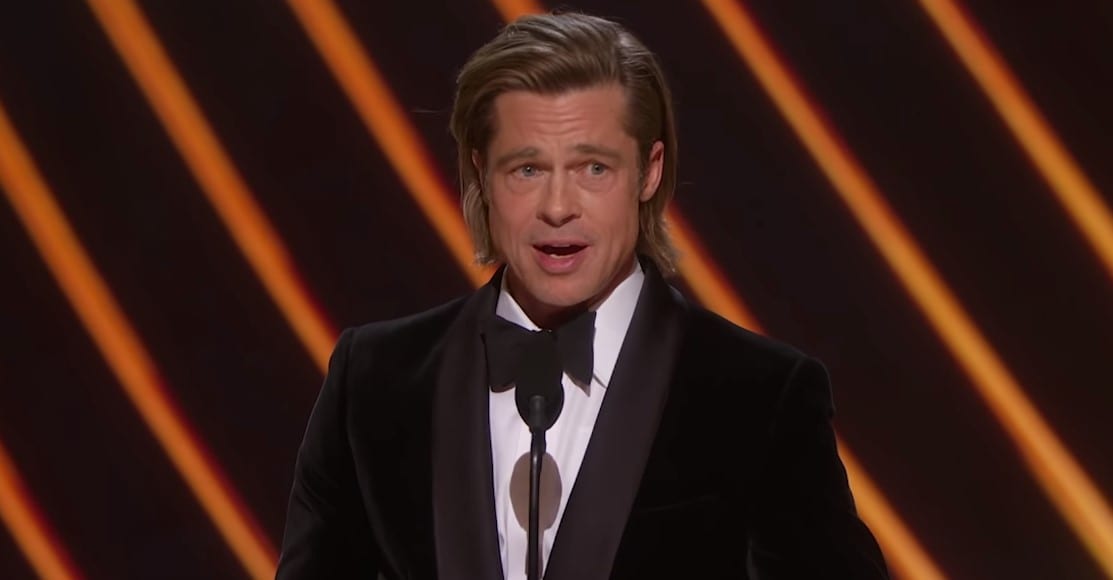 Also Read: Brad Pitt Net Worth in 2020 and All You Need to Know

Who is Brad Pitt Dating and Previous Relationship History

But this post is about the many girls that Brad Pitt dated, married, or was romantically involved with. The Oklahoma native is nothing short of a heartbreaker. His first Hollywood gal was Christina Applegate (who played Kelly Bundy from Married With Children), but that didn’t last long. As soon as Robin Givens (from the Fresh Prince of Bel-Air), and E.G. Daily (a voice actress for Nickelodeon). Also, Mr. Pitt charmed Gwyneth Paltrow (from Shakespeare In Love).

But the —first— woman who would capture his eye and take to the altar was Friends superstar Jennifer Aniston (Rachel). And that was the marriage of the beginning of the century. The two were the quintessential Hollywood power couple. Her, a star in NBC’s super successful sitcom opposite Courtney Cox and Matthew Perry. Him, a talented movie actor who plays literally any role: From a Vampire, a high-level thief, a detective, and a renegade street boxer. But keep reading on to learn about Brad’s current date.

While shooting Mr. & Ms. Smith, Brad Pitt, and Angelina Jolie got together and then fell for another. Brad divorced Jennifer Aniston and married Angelina, growing a family of six children. And what a family, the marriage lasted twelve years, during that time Brad supported Angelina during her breast cancer, and developed a liking for social and humanitarian causes. When Angelina Jolie filed for divorce in 2016, that left Pitt up for grabs for those girls in sunny, liberal California. Currently, Angelina Jolie and Brad Pitt are in a legal battle for the custody of their six children: Knox and Vivienne (the twins), Shiloh, Zahara, Pax, and Maddox.

Who is Brad Pitt Dating?

One woman after another linked with Brad Pitt, first it was MIT scholar Neri Oxman —but that quickly dissipated because she’s seeing someone else. And then they linked Pitt with British-American actress Sienna Miller (American Sniper), then Ella Purnell  (Miss Peregrine’s home for Peculiar Children), and finally with Kate Hudson (How to lose a guy in 10 days). And most recently, tabloids and irresponsible Hollywood entertainment pundits linked actress Andra Day with Brad Pitt.

But Andra Day denies these claims. The origin of this rumor comes when they were spotted together at the 2021 Academy Awards at Union Station, apparently, the two exchanged numbers. Day told Entertainment Tonight that she’s not seeing nor dating the Academy Award and Golden Globe recipient. And this fact weeds out the rumors on who’s this guy dating. So ladies, good news, Brad Pitt is in the market, he’s a divorcee, and he’s alone. Which beautiful celebrity will capture Brad Pitt’s heart next time?

Brad Pitt is a single man, he’s had his up and downs with love. And his romantic partners are one bombshell after another. The man has an exquisite taste for the ladies, and he’s a coveted, talented, multi-faceted actor with many awards to his name. Also, he’s worked with the best names in the cinema industry. Brad Pitt’s work covers over thirty years of movies of different genres that inspire others in following his footsteps. Hollywood, the fan base, and surely the girls he’s date will remember him for his charisma.