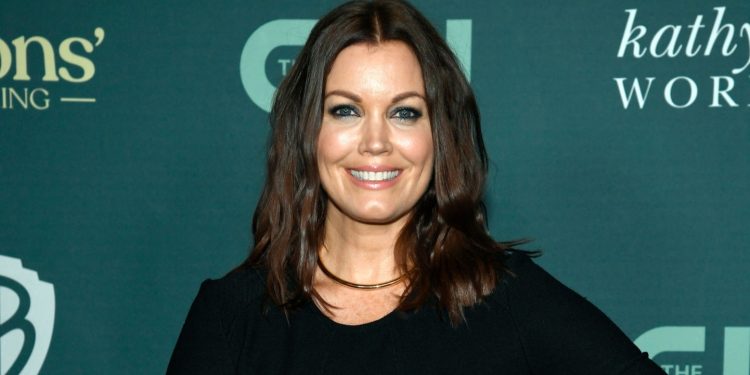 Lately, the popularity of Bellamy Young has been rising all over the internet, resulting in fans being eager to know Who is Bellamy Young Dating? Bellamy Young, born Amy Maria Young, is a well-known American actress and producer. She came into the spotlight after playing the role of First Lady of the United States in the ABC drama series titled Scandal. She is also a feminist who campaigned vigorously for gun control in the United States. Talking about her early life, Bellamy was born on February 19, 1970. Bellamy Young spent her childhood in Asheville, North Carolina. Rarely do people know that she is an adopted daughter of her parents. Young said that her birth parents’ memories are two lines on her father and one paragraph on her mother.

The mother, who adopted and raised Young did her best to make her fall in love with singing as Young’s biological mother loves to sing. Bellamy Young’s first adoptive father died when she was just 15 years old, and after his death, one of his friends, named Bill, raised her. She was tutored by a teacher and her mother from grades six to eight and graduated from the Asheville High School in 1987. Bellamy also learned ballet, tap dancing, and performing at church and school. She then attended Yale University, where she graduated in 1991 with degrees in English and theatre. The famous actress Bellamy Young always manages to stay clean in her profession, but she once faced controversy in her opinion on social media as she said that she supported gun possession in the United States.

Who is Bellamy Young Dating? Young is currently dating the British actor Ed Weeks. Young has been in a relationship with Ed Weeks since January 2016. The couple decided to make their relationship public a month after the Academy Award Party of the Elton John AIDS Foundation. Although she has not seen any scandal in her relationship, she is known to befriend her ex-boyfriend Joshua Leonard. She dated Joshua in 2000, and they separated two years later.

Currently, Young lives in Los Angeles with her pets and shows no signs that she will marry her current boyfriend. Young was spotted walking alone on September 4, 2017, and rumors circulated that Bellamy and partner Ed Weeks had broken up and she was now single. But Bellamy hasn’t said anything about it yet.

Talking about her career, Bellamy Young started her acting career in theatre. She wanted to change her name to join the Screen Actors Guild to Amy Young. But that name was already registered for someone else. So she changed her name to Susanna or Violet. But she doesn’t really like these names either. Bellamy has performed in a number of Broadway shows. Between shows, she also had the opportunity to star in her original production, The Life. In 1995, she made her first television debut as Dr. Courtney Evans in the soap opera Another World. In 1999, she made a career leap and starred in the crime drama Black and White. Since then, Young has starred in a number of record-breaking films, including Mission: Impossible III, Trust Me, In My Sleep, and The Freebie.

In 2011, she was featured in the ABC television series Scandal to portray the role of First Lady Melody “Mellie”. She starred in every episode since her cast and received upgrades as a regular in Season 2 as well. The role brought her great success in the entertainment industry. She also won the Critics’ Choice Television Award for Best Supporting Actress in a Drama Series for her performance. Her leading role in the series named Scandal and her participation in films through the release of her first album, Far Away So Close, helped grow her net worth.

Although her salary is unknown, it is estimated that she earns a net worth of $4 million. Bellamy is a feminist and has been a vegan since 1988. Young has said on social media that she supports gun control in the United States. Young is a Democrat and headlined a fundraising event for Hillary Clinton in April 2016 – where tickets cost $5,000. She began suffering from migraines as a teenager and continues to suffer till today. Bellamy is active on social media such as Facebook, Twitter, and Instagram.