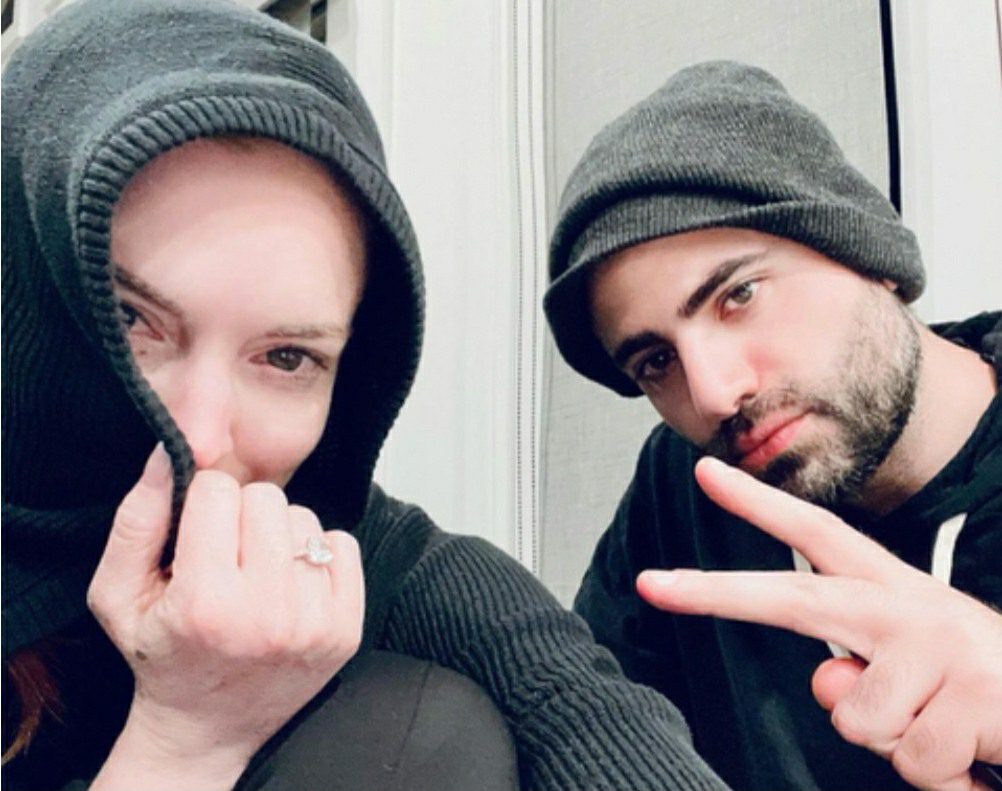 Congratulations to Bader Shammas and his girlfriend for their engagement! It’s been a couple of days since they made it official on Instagram. Talking about Bader Shammas, many of you still don’t know since he maintains a very low profile. But, he gained fame lately because of his celebrity fiancee. The one with whom he is engaged to is an American actress and has worked in a wide range of films. Initially, the couple kept their relationship very private but the paparazzi caught them. After the engagement, both of them resides together in Dubai. Little did you know that Bader Shammas is a financer.

After dating for a couple of years, Bader Shammas finally took a decision and ended up proposing her to marry. Sounds so great! Besides his amazing love life, we shall also cover a bit of the profession that he is involved in. If you want to know who Bader Shammas is dating or with whom he is engaged now, you need to dig into this article and stick to us till the end. Without further delay, let’s begin!

Who is Bader Shammas?

We have already mentioned that Bader Shammas is a non-celebrity and thus maintains a low profile. Lately, he has gained popularity over the internet because of his celebrity fiancee about whom we will discuss in the next section? But, we simply can’t ignore his identity.

Bader Shammas is a financer who works as the assistant vice-president of international wealth management at Credit Suisse. In the initial days of his career, he used to work at one of the largest French banks, BNP Paribas. It is located in Kuwait. Talking about his residence, he lives in Dubai. According to his LinkedIn profile, he attended the University of South Florida. Later on, he had joined the University of Tampa as well. He is an engineer.

Also read: Nick Helm Partner: Who Is The Comedian Dating In 2021?

You must be very much impatient to know who is his celebrity-fiance. Well, it’s none other than Lindsay Dee Lohan.

Based Shammas has been dating Lindsay Dee Lohan for over two years. It’s been a couple of days, the actress made the news of their engagements official by posting a beautiful picture of them on her Instagram account. The pictures showcase an oval-shaped diamond ring on their finger Lindsay. The engagement ring is said to be worth at least $250000.

In the initial days of their romantic relationship, neither Bader Shammas nor Lindsay Lohan made it to the public. They preferred to keep it out of the spotlight. But paparazzi caught them together at a music festival happening in Dubai in 2020. Since then, there have been several speculations over the internet. But now, everything about them is official. Lindsay didn’t stop herself from showcasing how much happy she is and her love for her fiance on Instagram. The couple now has settled themselves in Dubai. We wish them loads of happiness for the upcoming future.

More about his fiancee

If you are very much inclined towards watching English movies, you must be aware of who Lindsay Lohan is. She is an American actress, born on 2 July 1986. As of now, she is 35 years old. Some of her hit films are- Mean Girls (2004), Freaky Friday (2003), Liz & Dick (2012), Inferno: A Linda Lovelace Story (2013), The Canyons (2013), Till Human Voices Wake Us (2015), Among the Shadows (2019), and many more. She is quite successful in her career. Talking about her popularity, her Instagram account as of November 2021 holds 9.8 million followers. She is very much active on social media. If you want to get more updates on what’s going in her life, you must follow her on the platform.

We are very happy for them and are hoping to get them married real soon. Eagerly waiting for the news to get official! Wishing both of them good luck in their newly engaged life.